Tom Clancy Has Been Dead Since 2013, Who is Writing His Books Now? 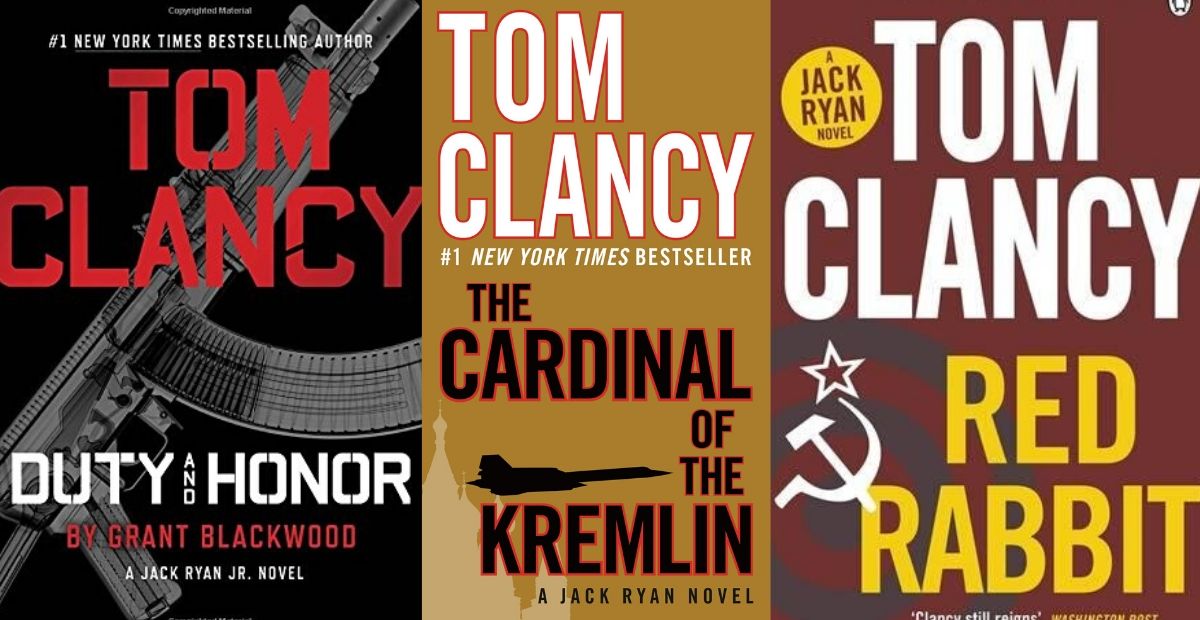 Tom Clancy’s books have inspired many recent TV shows and films over the past few decades. Even some so recent that you would think he’s pitching his books to movie producers. Back in 2014, Jack Ryan: Shadow Recruit hit theaters. In the summer of 2018, Amazon introduced Jack Ryan to a younger crowd with a series starring John Krasinski as Jack Ryan.

For the original Tom Clancy fans out there, you might remember films The Hunt for Red October starring Sean Connery and Alec Baldwin, and Patriot Games starring Harrison Ford. The New York Time’s Best Selling Author has had an abundance of novels that inspired notable movies, but it looks like his writing is still living on…not only through films and video games but through new books.

I guess I was a big Tom Clancy fan! #bookclearout #tomclancybookclub #books

A few are Jack Ryan books. Those include Full Force and Effect, Commander-in-Chief, Duty and Honor, Oath of Office, and many more. If you’re a Game of Thrones fan, wouldn’t you be a bit confused if there were nearly 10 A Song of Ice and Fire books released after George R.R. Martin passing away?

Reddit users have their own theories about ghostwriters, but there has been speculation that Clancy had frequent collaborators on his books. Grant Blackwood, Marc Cameron, Dick Couch, Mark Greaney, and Mike Maden have all written or co-written novels presented by Tom Clancy.

What throws people off is that you see Tom Clancy’s name in a large print across the novels, but if you look carefully, or just take a look at the author section when purchasing a book, you’ll most likely see a different author’s name. For example, Jack Ryan novel Duty and Honor.

The Jack Ryan Jr. novel does say it’s by Grant Blackwood. According to Blackwood’s website, he has also worked on Dead or Alive and Under Fire. There’s no need to come up with silly conspiracies that Tom Clancy is alive. He simply has authors who are allowed to continue telling his stories.

There are Clancy novels for anyone and everyone interested in military-themed books. If that sounds like your kind of book, consider reading Marine, Debt of Honor, and Special Forces. For thrillers, spy-themed novels, or even some that touch base on the Cold War, check out Red Storm Rising, Patriot Games, and The Hunt for Red October.

Besides having a career in writing, Clancy was a part-owner of the American League baseball team, Baltimore Orioles. As a Maryland native, it’s no surprise Clancy supported the Orioles. After his death, the Orioles honored Clancy with a patch on their jerseys.

You can find many of his bestsellers on Amazon. Clancy’s book series has made a significant impact on readers, veterans, and even filmmakers. After reading a few books from the Jack Ryan series, check out Tom Clancy’s Jack Ryan. Stream it for free through your Amazon Prime account.

Jack Ryan is kind of like an All-American James Bond. They keep rebooting the Jack Ryan universe in different eras. In the Amazon Prime series, John Krasinski is fighting terrorist attacks in season one.

To get your Clancy movie fix, check out Walmart for The Sum of All Fears.