This headline is a little misleading, only insomuch as one might read it and think this guy’s tractor was tossed from Sioux Falls to Helena. That’s not the case. The man’s ranch was in northwestern South Dakota, only 100 or so yards from the Montana-South Dakota border.

But you know what? Whatever. It’s not like tractors get tossed the length of a football field everyday. A big ass tornado dropped down on Doug Davis’ ranch, picked up basically everything on it, ripped it up, and threw it all over, like a spoiled 9-year-old rampaging through their living room on Christmas morning because they’re furious about the presents they’ve determined to be wanting.

According to the weather service, the tornado that hit Davis’ ranch was an EF-3, with winds as high as 136 MPH. Davis doesn’t believe it though. He thinks it had to have been bigger.

That’s not even close to how big the tornado must have been, Davis said. “What can lift a 10,000-pound tractor and carry it over a mile-and-a-half?”

His Harding County ranch is “about 100 yards from the Montana line and we’re like, 20 miles from North Dakota,” Davis said.

Most of the tractor is spread over three-quarters of a mile, he said.

“All the big pieces are in Montana. All that is intact is the engine and a busted half of the transmission on the rear end. The duals are gone, the front axle is gone. We found two tires and three rims off the rear wheels. It skipped for over a quarter mile after it hit. It snapped the housing off the rear axles. I had cast-iron weights on the duals and they flew another quarter mile from the engine and transmission. I have found parts as far as three miles away.”

Davis may have found a flaw in the way the National Weather Service’s measures tornadic intensity. If they’re not accounting for a twister’s ability to maul a tractor, are they really considering all the relevant data points? Probably not.

Fortunately, no one was harmed in the incident.

Read More: This Is the Dumbest Fireworks Accident of 2018 So Far 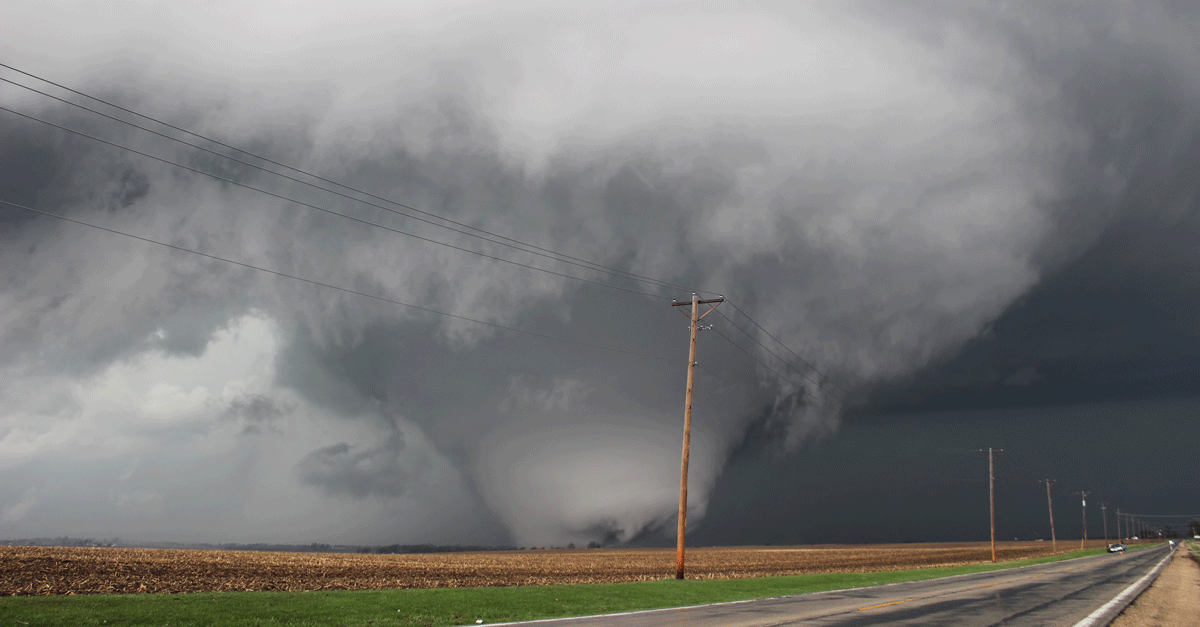