10 extreme vacations every adventure seeker or adrenaline junkie must take 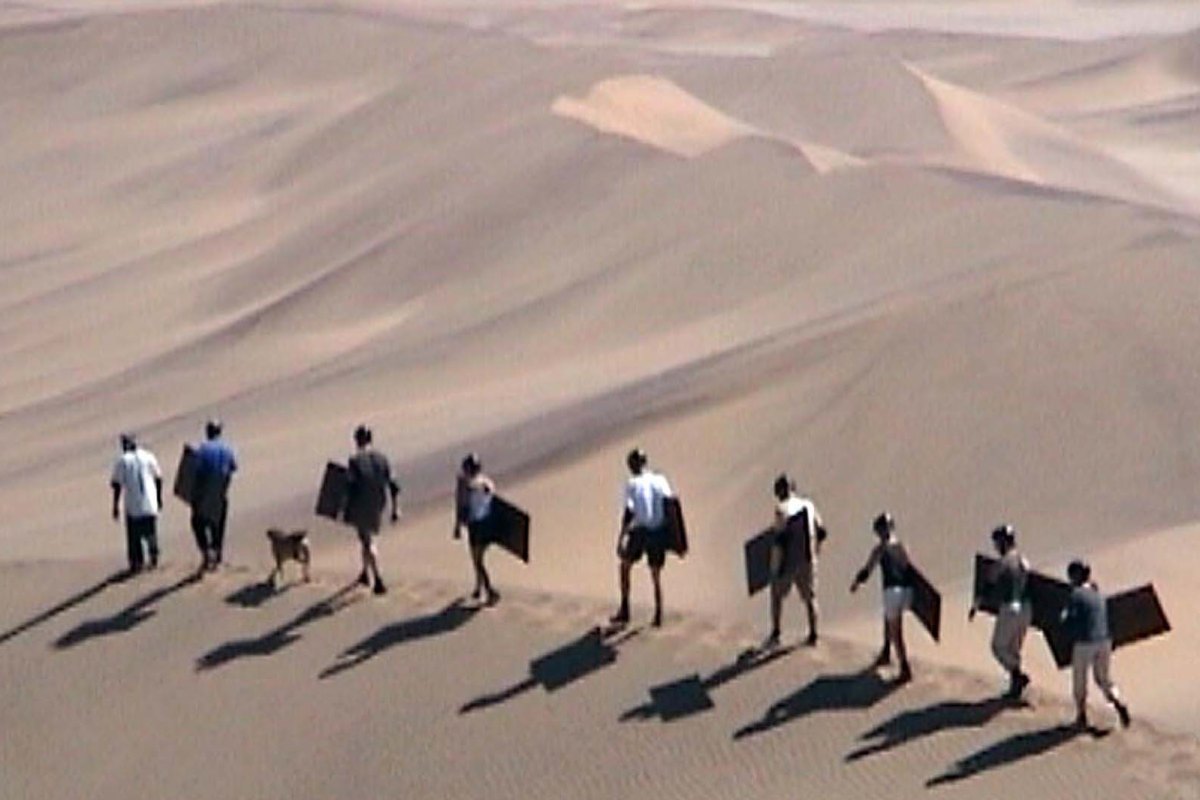 Associated Press
Sand surfers make their way to the top of the tallest sand dunes, near Swakopmund, Namibia, August 2003. The drammatic red, rolling dunes make the southern African country the best spot in the world for sandboarding. (AP Photo/JoJo Walker)

Are you looking to add some adrenaline to your vacations? Here are 10 things you can do to kick-start your time off.

Jump in one of these cars and prepare to make your own Fast and the Furious film. Street racing is illegal, but you can learn how to race at one of several law-abiding drag-racing schools around the country.

Bonus: Many of these schools hold corporate events, too, so you could get your whole team out on the track.

Go see one of the world?s most endangered species deep in the jungles of Africa. No more than 700 mountain gorillas remain, but Volcanoes National Park in Rwanda is still the best place to spot one of these gentle herbivores.

You can also see the ruins of the Karisoke Research station where noted zoologist Dian Fossey did the work that led to her book, ?Gorillas in the Mist.?

If you?ve got the skiing chops, book yourself a flight to the top of an untouched mountain and find your way down. Heliskiing makes the trek up the mountain as exciting as the run down.

RELATED: 200 miles from the Arctic Circle, you can see the world?s most breathtaking view of the Northern Lights

For one of the highest intensity experiences, get a tour to the Chugach mountain range in Alaska; serious extremists can book packages that fly you to the top of Chugach’s 13,000-foot peak and offers accommodations on a ship (complete with heliport) anchored in Prince William Sound.

There are nice day hikes that will get your blood pumping. Then there is the holy grail of mountain climbing – Mount Everest. Everest is a trip that will have you taking your life in your hands – risking passage through the “death zone” and reaching the summit is the achievement of a lifetime.

If you’re ready to make the leap, be prepared to be set back about $60,000 for a summit climb.

Maybe you?ve conquered every snow-covered peak from Park City to Killington. But when you can?t find any slopes with snow, try strapping on your board and tackling a mountain of sand.

Sandboarding is a four-season extreme sport that’s recently gained in popularity. For the biggest peak, head to Cerro Blanco near the Andes mountain range in Peru to find the world’s tallest sand dune.

If you really want to pet “Jaws” instead of run screaming from the water, pack your gear and go deep-sea diving with the sharks.

Hot points for this include the coast of Cape Point, South Africa, for Mako and blue sharks. For great whites, dive in a secure steel cage near Mexico?s Isla Guadalupe or Australia?s Port Lincoln.

If you really want to go where no one has gone before, find yourself a space traveling package. There?s a Virginia-based Space Adventures that can blast you into space from a launch pad in Kazakhstan into the actual orbit of the Earth. At least seven people have made the leap, at a reportedly cool $25 million per. Richard Branson?s Virgin Galactic is also working on space travel.

If you?d prefer going into the ground instead of into outer space, strap on a hard hat and go spelunking.

For an intense experience, try the Waitomo cave system in New Zealand. Rappel down the side of a limestone cliff, squeeze through damp crevices covered with luminescent glow worms, leap from a subterranean waterfall, and go “black-water rafting” in the underground rapids.

Are the people who do the stunts in the movies more interesting than the actors talking? If so, you can get a taste of the car chases, burning buildings, and free falls seen in high-octane action movies.

One example of the places that run these expeditions is Thrillseekers Unlimited in Las Vegas. Working SAG stunt professionals teach you how to stunt fight, set yourself on fire, and bungee jump from buildings on the Strip.

You cried over the movie, you loved the reference in the Britney Spears song, but are you really a Titanic fan?

If you want the complete experience, go see the mother of all shipwrecks via a research vessel expedition that lets you go down and see the ship’s resting place. For $40,000, you can look for the Heart of the Ocean.