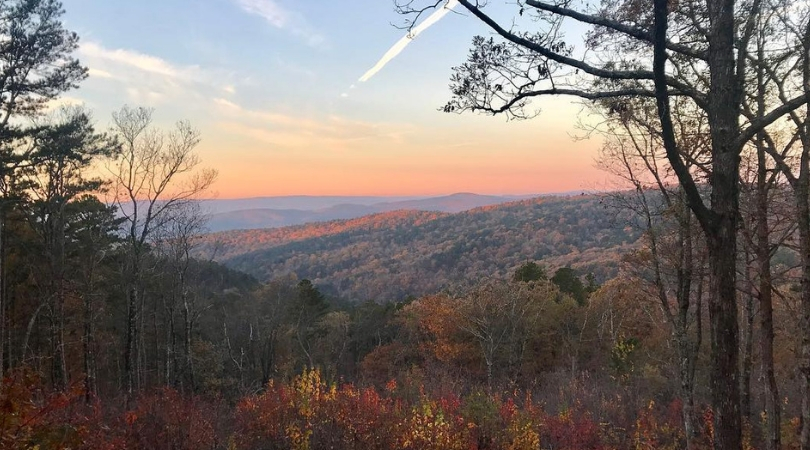 Every state has its secrets that the rest of us don’t know about.  People may be alike in their day to day activities, but location and terrain can bring a different feel and lifestyle for its city or state. For the state of Oklahoma, mountains are one of these secrets. While some assume it’s all flat, that’s untrue! Nature littered mountains in the most beautiful locales and arrangements. Here’s to being a little more knowledgable about all of our neighbors!

The Wichita Mountains are a rocky group of mountains that run from northwest to southeastern Oklahoma, made up of sedimentary rocks, boulders, and granite. Many of Oklahoma’s most known mountains are apart of this range, such as Mount Scott and Elk Mountain. There are many parts of this mountain to know and explore. For example, there’s a paved road leading up to Mt. Scott. Also, Fort Sill, the U.S. Army Field Artillery School occupies a large portion of the mountains. The highest point is Haley Peak, sitting at 2,481 feet high. The unofficially titled highest peak is on private property, however. At one point, they were rumored to contain gold deposits. This was never confirmed, nor were they found.

It isn’t hard to see the Kiamichi Mountains natural beauty. This subrange of the Ouachita Mountains, where the highest peak is 2,753 in Arkansas, covers the southeastern part of Oklahoma. In the 1800s the land was inhabited by the Choctaw Indians. From its highest elevation of 2500 feet, the view reminds me of a rainforest, because of the land’s lush green looks and the depth of the blue of the natural springs. There are plentiful wildlife and opportunities for outdoor adventures, with many hiking trails and scenic spots for a camping ground in the Ouachita National Forest.

What A sight! In an almost blindingly gorgeous and equally shocking manner, Glass Mountain, also known as Gloss Mountain and Gloss Hills definitely demands attention. Being an extension of the Permian red bed lends the red color. These buttes and mesas have formed over millions of years exposing Gypsum, shale, red sandstone, volcanic ash, clay and more. Further, selenite crystals embedded in Glass Mountain make it appear to glisten, hence the name. What’s not to love??

Also called “Baldy Point”, Quartz mountain is also in the southern part of the state and is called the namesake of the Quartz Mountain Nature Park. It overlooks Lake Altus-Lugert for a scenic view and is another spectacular member of the Wichita Mountains. The area is open for activities like biking, hiking, boating and nature observation to the public all year round.

The Arbuckle Mountains are an ancient mountain range in the south-central Oklahoma area. The granite Arbuckles reach a height of 1,412 feet above sea level and are one of the most diverse mineral sources in Oklahoma! They’re the oldest known formation in the United States between the Rocky Mountains and the Appalachian Mountains. Lake of the Arbuckles, Turner Falls Park and the Chickasaw National Recreation Areas are housed within the mountain range and loved by both locals and tourists.