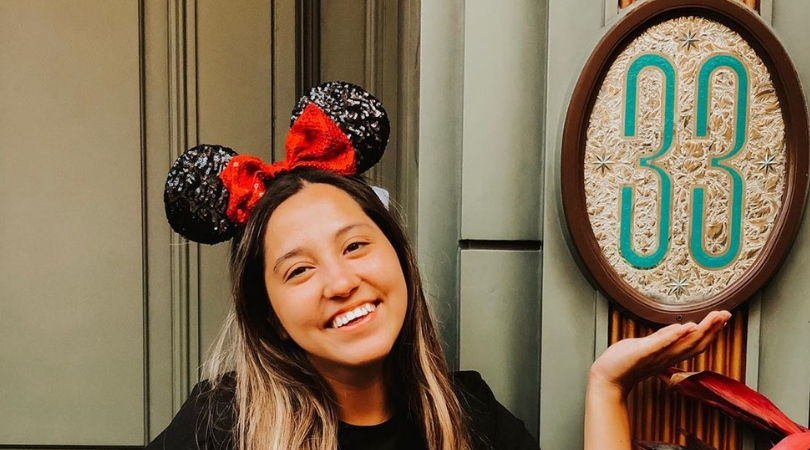 There’s nothing more potentially thrilling and yet equally as frustrating as secrets hiding in plain sight. If you are a true Disney fan and believe Disneyland to be the most magical place on earth, I’m not here to burst your bubble.  I DO have to let you know that there is secret fun going on in the Disney theme parks that you aren’t allowed in on. It’s a private club by the name of Club 33. Club 33, to put it simply, is an elite, invitation-only club founded by Walt Disney himself. Sorry, you can’t get in, but here’s the inside scoop from. Thank you, Google, for being my fairy godmother on this one!

There are a few theories concerning the name. The number 33 is a part of the address of the club in Disneyland: 33 Royal Street in New Orleans Square. Another theory is that the name came from the 33 sponsors of Disneyland in 1966-1967 when Walt Disney was seeking funding for the Disneyland park.

Why The Secret Club, Walt?

The idea for a secret club was born in 1964. Walt Disney was at the World’s Fair in Queens, New York in 1964, showing his “Progressland” pavilion exhibit when he saw the VIP areas the fair had. This gave him the idea to include a VIP lounge into his Walt Disney World project so he and his wife could privately entertain the most elite park visitors and business associates. The lounges were planned into the New Orleans Square place and a Hollywood set director was asked to decorate the space.

There is a Club 33 lounge at three of the Disneyland locations. The confirmed locales are Tokyo Disneyland at the World Bazaar Center Street, the Shanghai Disneyland resort atop Mickey Avenue, as well as the New Orleans Square at the Anaheim, California Disneyland. Four more lounges were recently built at the Orlando Walt Disney World.

The Magic kingdom location is near the adventure land entrance, “The Captain’s Quarters”, the next, in Epcot, is in the “America” pavilion and is called the “Constellation Lounge/Club”, The “Spotlight lounge” is in Hollywood Studios, and the one in the Animal Kingdom is still under construction but is rumored to be in the Africa section and may be called “Harambee House”.

Inside the Club / Perks?

I'm very intrigued .. this looks so beautiful.. very curious. #club33 Maybe someday but I just had to photograph this iconic entry into this elegant place. Let us know if you've ever been or if this bit of luxury is still on your bucket list.. 🤗🤗 ** ** #disney #Disneyland #disneyclub33 #disneylandtrip #disneyfans #disneylife #disneyinsta #disneygram #instadisney #bucketlist #disneyvacation #vacation #disneymagic #luxury #club #disneycouple #disneyhusbandandwife

In order to get inside any Club 33, you must first find the secret door. Although the Club 33 is much less of a secret than it used to be, many of the doors for the lounges are hidden in plain sight! Only the people who need to know are in the know and have the corresponding keycard to get in. Once inside there is a reception desk, where members are greeted, and ascend a blue staircase. In the Disneyland Anaheim, members will pass a harpsichord that once belonged to Walt Disney’s wife, Lillian. This is just one of the many personal trinkets from the Disney estate as well as Disney film props. This is what the original Club 33 door looked like, before the recent remodel. Recognize it at all?

The perks offered to the rumored approximate 500 members of Club 33 are plentiful and envy-worthy. The private space involves a jazz lounge, Le Salon Nouveau, and a five-star fine dining experience. There are two dining rooms as well as a full bar. Club 33 is filled with antique furniture, photographs of Walt and things he found charming from his childhood in  Missouri, film props, and replicas of architecture he saw during his travels. Rumor has it that in the Trophy Room Walt Disney had mics installed into the walls so he could overhear conversations and reply via this creepy- looking animatronics vulture. Yikes!

Aside from the lounge itself, the membership club members may receive early park entry, private and exclusive events within Disney Land locations, a lounge in Disney California Adventure- a separate amusement part, and access to the “1901 Lounge” at the California Adventure. Members are allowed to request park characters [Mickey Mouse, Minnie Mouse, Donald Duck, etc..] to the club, they get free valet parking, multiple fast passes, as well as rare merchandise and these are just the things that non-members are aware of. I’m sure there’s more.

Here’s the real kicker. As soon as you go up the blue staircase, there club’s dining experience includes a 5-6 course meal, alcohol included. That’s right, while your heads swimming from the summer heat and your kids are conflating the tunes and lyrics between Frozen and Moana and you’re downing that flat, overpriced soda at Goofy’s kitchen for the sake of your sanity, the club members get a whole bar in the A/C.

There are rules for the club members to follow. The Walt Disney Company is strict on the rules and does reserve the right to revoke membership, and they have done it before. Concerning entering the club, there is a strict dress code. There is no outside summer wear allowed inside. If you are dining for dinner, wear an evening dress or business suit or slacks and a sports jacket.  Shorts, tank tops, flip-flops, or anything showing midriff is not allowed. In short, you either go to the park dressed to be amused, or dine elegantly. Keep an eye out for any well-dressed people and (no, don’t follow them) but just see what you notice.

Early Christmas Present🎄 from my Prince Charming🤵🏻 .. Club 33 was so magical✨ … Anyone who is a Disney fan knows how hard it is to get into this place.. @prestofitness thank you for checking off ✅another Disney bucket list for me ❤️ 🏰✨💫

Another rule concerning Club 33, in order to get into the restaurant and be guaranteed a seat, members must make reservations months in advance and be on time, or you will be canceled upon tardiness. Cell phone usage is not allowed during the meal. If a member must take a call, they are asked to step into the hall. There is also a minimum meal charge that is around the price of an adult day pass.

The rules are strict for not only the club members but also the cast members. The on boarding training for new cast members who will work in Club 33 has to complete three months of training. Which sounds extreme!! But, I imagine if you want to get in good with the world’s most elite and their children, you gotta be prepared to outdo the best customer service that the rest of us will ever experience- those Chick-Fil-A drive-thru employees. Honestly, I wouldn’t be surprised if Club 33 recruited from there. But don’t quote me, they could be way outdoing the Christians in the Club.

How Do I Get To This Whole New World?

In full disclosure, I should have started here. It’s truly unfair to tell you all the perks the club members get and then dash your hopes. But, alas, when Walt Disney said “elite”, he meant it. To join the club you have to be invited or passed down your membership through a family member. And then there is the small hiccup of a 14-year long waiting list for new memberships. After closing membership application a few times since 2011, I can only assume the waitlist is even longer now; it’s at least a thousand people deep. Once your name is up you have to pay the club initiation fee.

This fee is an alleged $25,000, at minimum. And from what I understand, that does not guarantee you entry into/ participation at every Disneyland Club 33 location. In addition to the membership fee, there are the annual fees, I will spare you that price tag. I promise you don’t want it. (Okay, fine, it’s allegedly capped at around 30k) This does, however, depend on your membership tier. The membership fee may vary depending on if your Club 33 membership is personal or a corporate one via The House Of Mouse. These are allegedly around $40,000 at sign up. But, let’s just move on, no?

There are many other fascinating things about the Wonderful World of Walt Disney’s Club 33. If you are feeling bad about never seeing Club 33, maybe this will cheer you up: Walt Disney never saw it either! His untimely death occurred a mere 5 months before it was completed.