It’s a weekday, summer afternoon. A shirtless man relaxes on his front lawn, with his ass in a lawn chair, and his feet in an inflatable children’s pool, the side of which a barely running garden hose dangles from. His hand is wrapped around a Miller High Life tallboy can. The man’s arms, legs, and face appear thin to the point of malnourishment, but his belly is so rotund and bloated it looks as if he’s carrying triplets to term. He takes a sip of his rapidly warming beer and relishes in a cool breeze that blows across his uneven, overgrown yard. The business end of his mullet dances in the wind.

Were a Missourian to happen upon this sight, they would almost certainly remark that this man was a hoosier. But should that Missourian make that remark to someone not from the Show Me State, it would be met with confusion, and maybe a, “What? How do you know that guy’s from Indiana?”

What sounds normal in one state is strange and dumb in another. Every state (or more accurately, region) has its own slang. The site PlayNJ recently compiled the most common of those American slang terms from each state.

As expected, there are some pretty obvious American slang words on the list. “Snowbird” in Arizona, “Yooper” in Michigan, and, of course, anyone who has seen Fargo can vouch for “You Betcha” being a northern conversational staple (it’s credited to Minnesota instead of North Dakota, but that’s splitting hairs).

Others, though, are anywhere from unexpected to straight up weird. Apparently “Roofer” means idiot in Arkansas? And apologies to Nebraska, but “Red Beer” sounds awful. (An “Awful Awful” from Rhode Island, however, sounds wonderful.)

PlayNJ also created a whole quiz to test your knowledge of regional slang. Good luck taking it. You will be confused, because the English language is weird and malleable and makes so little sense that even native speakers are bad at it. Click the image to open the full interactive version (via Play USA).

Read More: The 100 Most Popular Girls’ Names in the United States 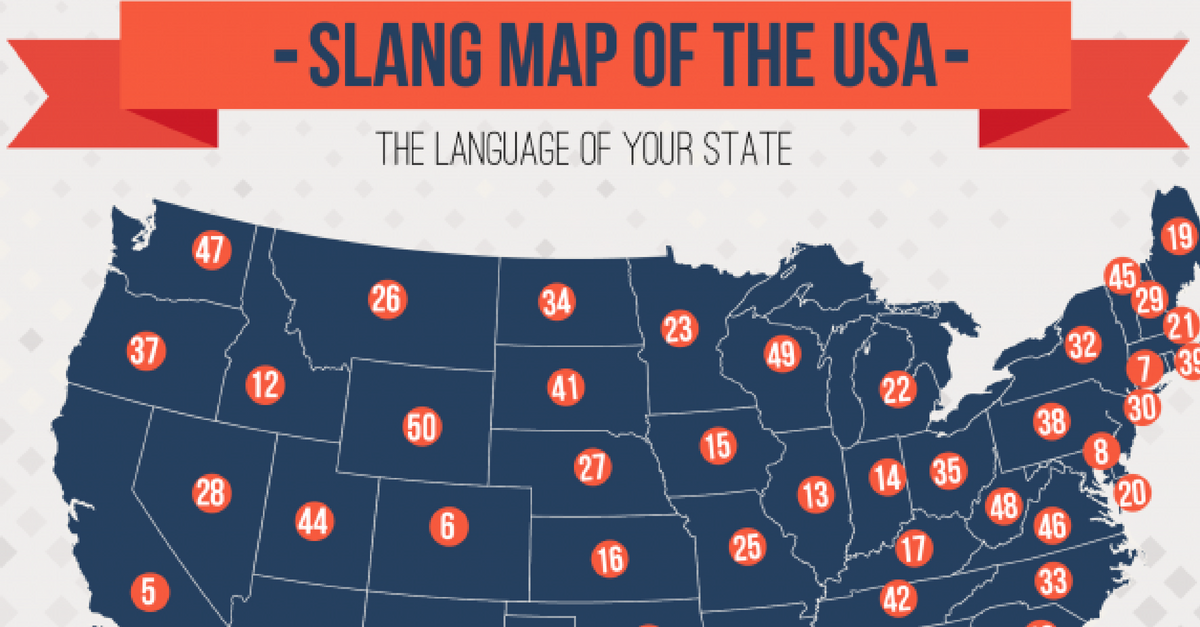