Can Texas Be Its Own Country? 12 Fun Facts That Make Us Say YES! 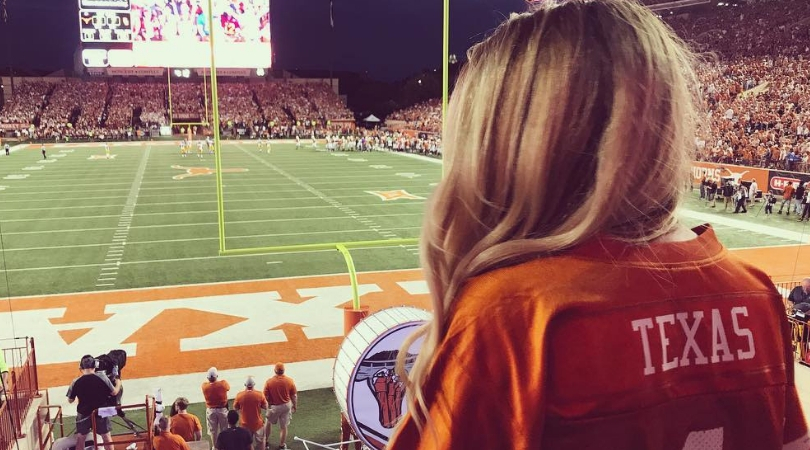 I love Texas. I have lived in Texas my whole life, and it?s safe to say I don?t think I?ll ever go anywhere else. Although I?ve moved to different cities, the state always seems to be the same wherever I go. Texas-raised, Texas made. I mean, literally, everything around me is Texas. From the Texas-made bottle of whiskey on my shelf to my peanut butter made with Texas-grown peanuts to my favorite salsa, called “Clint’s Texas Salsa”. Yup, everything is Texas, and honestly, I’m not ashamed, I?m proud to be part of a place that has a lot of meaning to people.

I have always said Texas could be its own country due to the size of it. It?s a never-ending drive down 35, that takes hours to get out of the state. In fact, from 1836-1845 it was its own county, The Republic of Texas, and has long feasted on the not so obvious hyperbole. At 268,596 square miles, it is the second-largest state behind Alaska. In 2017, the U.S Census stated there was a population of 23.3 million people, which is the second-most populous state behind California. The state also has the largest state capitol building and highest speed limit.

Of course, we can?t forget we’re also the nation’s leading cattle, cotton, and oil producer. It?s all part of the everything is bigger, better, faster, stronger, and richer. Still, people all around the country have a lot of misconceptions about Texas. When they think about the state, they think country fairs, cowboys, horses, and guns. Although part of that is true, there is actually so much more that people don?t understand. Yes, you might find a cowboy hat while you?re here, but not everyone has one. And I will admit, I do have a pair of cowboy boots, but they are tucked away in the closet somewhere. So, the real question here is what makes Texas so great? Well, here are some fun facts that people might not know about the Lone Star State!

1. The state motto of Texas is “Friendship”

The word friendship was adopted as the Texas state motto by the forty-first Texas Legislature in February 1930. It is said the word was most probably chosen due to the name Texas or Tejas, which is a Spanish pronunciation of Caddo Indian. That word is sometimes translated to mean ?Friends? or ?allies.?

2. Three of North America?s ten largest cities are in Texas

Love those night shots of the city!!! I know I posted this picture before but I just had to run it back through post. I like this edit much better. What do you think? . . . #dallas #dallaslights #bigcity #longexposure #dallasphotographer #landscapephotographer #city #highway #night #nightphotography #canon #canonphotography #photobug #livefree

3. The State Dog of Texas is The Blue Lacy

Our state dog is actually pretty cute! The Blue Lacy was made the official state dog breed on June 18, 2005. The breed developed in the mid-1800s by the Lacy Brothers of Burnet County, Texas. The family is said to have used greyhound, scent-homes, and coyote stock.

4. The State Fair of Texas

So not only is this the biggest state fair held by Texas, but the Texas Star Ferris wheel is the largest in North America. The fair was established in 1886 and has since promoted Texas agriculture, community, and environment through quality entertainment, and education. The fair also advocated for the community and is committed to preserving fair parks. It is the longest-running fair in the nation, open for 24 consecutive days.

Siblings who go to the Fair together, stay together. 🤠 Celebrate #NationalSiblingsDay by sharing your photo with us- #StateFairofTX ⭐️ #ThrowbackTuesday #Repost #TuesdayThoughts @cedarmoreno

Ah, good old Dr. Pepper making our stomach hurt and our teeth cringe from the sweetness. Dr. Pepper is a ?native Texan? and is one of the first major brands of soft drinks in America. It was created in the 1880s by pharmacist Charles Alderton in Waco, Texas, who came up with the flavor after mixing everything he could find. Yup. Just as with Coca-Cola, the formula is a trade secret and the recipe has allegedly been kept as two halves in safe deposit boxes in two separate Dallas banks. Sneaky, sneaky!

Yes, the beautiful capitol building located in Austin, Texas is actually taller than the U.S. Capitol by 15 feet. Although Texas can’t claim the tallest capitol building in the country (that goes to Louisiana’s 450-foot tower in Baton Rouge), we still have the bragging rights of being taller than the one in Washington. Today, the capitol houses the offices and chambers of the Texas Legislature and the Governor of Texas and was ranked 92nd in 2007 for ?America’s Favorite Architecture.?

I actually only found out about this fun fact a few years back, and I think it?s pretty genius. The slogan started off as a statewide beautification effort but evolved into a state of pride. The slogan is a campaign aimed at reducing littering on Texas roadways by the Texas Department of Transportation. It is usually shown on road signs to major highways, radio, television and print advertisements! Mind blown, I know!

Nope. Football isn?t just a sport, my friends…it?s a lifestyle. Like I said…bigger is better, and in Texas, football is BIG. From 60 million dollar stadiums to tailgates that last the whole day, die-hard fanatics cheer on their teams non-stop. The stadiums are always filled to capacity because let’s face it, what?s more Texan than whistling and drinking beer while shouting? There is so much history when it comes to football and it brings out a sense of community wherever it’s played. Everything from Friday Nights Lights, to High school football, to Texas rivalry games. You name it, we’ve got it!

Way late good times picture. Wtf is this kid next to me?! #hookem #longhorns #utfootball

If it?s not Blue Bell, you are doing it wrong. Ben and Jerry?s? Nope. Blue Bell was founded in 1907 in Brenham, Texas where they manufactured both ice cream and butter. Blue Bell is the number one brand in Texas, followed by three major food groups in the state: chicken fried steak, Tex-Mex, and barbecue. The best seller is Homemade Vanilla, and I mean, I can?t argue there. Have you TASTED it?

Celebrate National Ice Cream Month with Blue Bell! We’re bringing back some of your favorite flavors to make things even sweeter. Stick with us to find out what is headed to stores next! #bluebell #icecream #bluebellicecream #nationalicecreammonth

The city?s capital, dubbed as the Live Music Capital of the World due to its electric live music scene, is a Texas favorite all around the world. A big perk about Austin is its popular lakes and parks known for hiking, biking, and kayaking. The city has so much to offer that even living here for five years you will find something new to do. Honestly, it might as well be its own state. Austin has actually been named the best place to live in America by U.S. World and News Report due to its job market, quality of life, net migration, and value!

Had a great time visiting Austin. Wish we got the win but always good to see friends and visit new places #austintexas #keepaustinweird #trojans #usc

So, I?m going to add Whataburger and spicy ketchup all into one in this category. Because honestly, if you haven’t tried Whataburger yet, you are seriously missing out. Nothing screams out Texas like a Honey Butter Chicken Biscuit at three in the morning, packed with spicy ketchup and a big Coke Zero. What honestly makes the burger chain even better is that secret spicy ketchup that makes you want to put it on everything you eat! They even started selling it at local grocery stores after customers couldn’t get enough of it. Genius!

First stop while back in the mother land has to be @whataburger. #texas #whataburger #fancyketchup #whataburgerhoneybutter

Yes, this is my favorite part of all. Texas isn?t just filled with cowboys. The state has actually had six flags flown over it throughout its history, including France, Spain, Mexico, The Republic of Texas, Confederacy, and the United States. These flags actually inspired the name of Six Flags amusement park chain. The state no longer has one ethnic majority, but it has become more racially diverse. Wallet Hub and the U.S. Census Bureau stated Texas ranked in the top 15 for all but one of the six categories of diversity: socioeconomic, household, religious, political, and cultural.

Last day in this amazing state I call home ❤️ Some people say Texans are too prideful of our state, but I don’t know what you’re talking about!!! Sorry my state is the best 😂🤘🏼 p.s. see y’all Dallas peeps tonight at the @theporch 🙌🏼 #TexasForever

So what makes Texas so great? Honestly, It’s a mix between ‘I have no idea’ and all of the above. State or Country…one thing is for certain, our love will never go away. Texas forever, Y’all.

This article was originally published on March 3, 2019. We brought it back to celebrate Texas Independence Day! Yee-haw!

Watch: 10 Foods No American Can Make Better Than a Texan