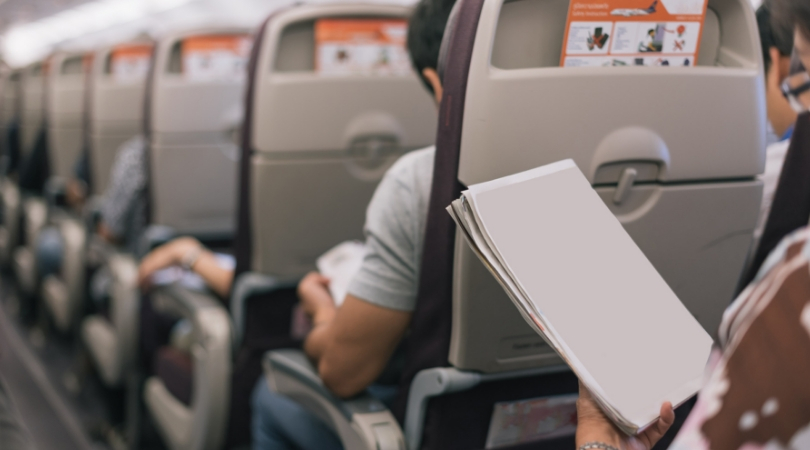 It looks like you might want to think twice about sending your kid on a flight alone this summer. Why you ask? Well, turns out United Airlines put a 14-year-old boy on a wrong INTERNATIONAL flight. Yes, a Raleigh, North Carolina mother, Brenda Berg, arranged for her son to take a flight to Sweden by himself, thinking he would be okay. She initially had paid the fee to have someone from United Airlines supervise the unaccompanied minor, thinking he was in good hands. But, that wasn’t the case.

Anton apparently called her from his layover saying he was put on a plan to Germany, more than 800 miles away from his intended destination! Cue the laughs, the faints, the sights, and the eye rolls. This is hilarious. That poor kid didn’t even see it coming. The panicked mother quickly tweeted out to United Airlines, saying, “@United @SAS my son is in the wrong plane!!! EWR you put him on a plane to Germany!!!!”

He was first on a United Airlines flight from Raleigh to Newark, where he had a layover. Once in Newark, United Airlines employees were supposed to walk him to his gate to board the last flight. Berg’s son walked to the gate, but his flight had moved to another gate. The employee apparently didn’t know his flight was moved, and let the boy get on the plane at the gate which was headed to Düsseldorf, Germany.

So, of course, the kid boarded the plane and then realized he had gotten on the wrong flight. The mother kept tweeting about the boy, saying that they finally let the kid out of the plane but no one had called her to tell her about the incident. Which, I mean, bad move United Airlines, a phone call would have been decent, or at least a followup tweet. Geesh.

United Airlines confirmed that an employee was in Newark Airport with the boy and walked him to his gate, where his Scandinavian flight was supposed to be, but instead, a Eurowings flight was there. The boy boarded the Eurowings flight, which is currently being investigated since they don’t know how the boy got on without a boarding pass. But, the plane apparently never took off. United also refunded Berg for the $150 unaccompanied minor fee she paid, because duh.

Luckily, the boy was eventually put on the correct flight to Stockholm but had an international transfer in Denmark and landed in Sweden where he called her husband from baggage claim. Though a statement with CBS News, United Airlines stated the safety and well being of their customers is a top priority and they have been in contact with the boy’s family to confirm safety apologize for the incident.

Our son landed 11 hrs ago and it has been 24 hrs since our last communication from @United. Apparently they are saying that they have been in regular contact and they cared for our son. Not true. We are still waiting for an apology and action plan so this doesn’t happen again.

Berg, on the other hand, wrote a tweet about the incident, reading, “Our son landed 11 hrs ago and it has been 24 hrs since our last communication from @United. Apparently, they are saying that they have been in regular contact and they cared for our son. Not true. We are still waiting for an apology and action plan so this doesn’t happen again.”

Basically, it a game of who said what and who didn’t. But honestly, I’m gonna go with the parent’s side on this one. This poor kid didn’t even see it coming. Plus it’s an international flight! He is literally across the ocean from his home and headed to the wrong country! This poor mother had every right to lash out the way she did.