Vegan Woman Sues Neighbors For Barbecuing in Their Backyard 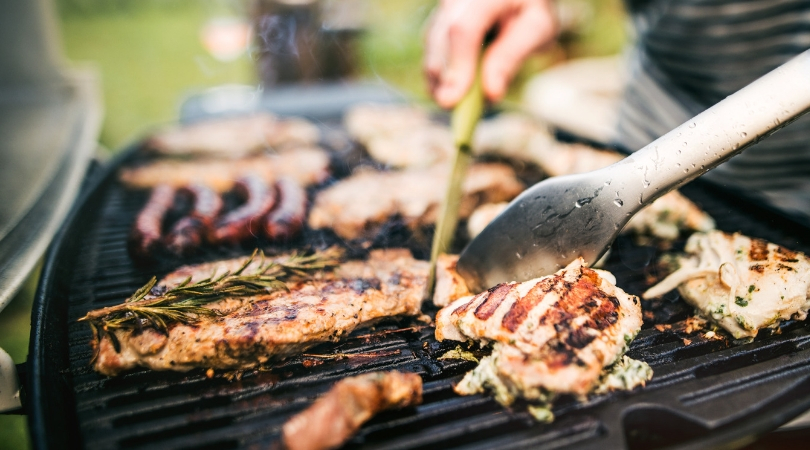 Cilla Carden from Australia is apparently trying to take her neighbors to court in an attempt to stop them from grilling fish and meat in their backyard. Carden says that the smell of cooking meat makes her sick to her stomach and is not able to enjoy her own backyard when her next-door neighbors are outside barbecuing.

Now, I can’t be the only one thinking that this is insane right? I mean, it’s THEIR backyard, they can basically do anything they would like! It looks like this woman is taking a page straight out of PETA and is running wild trying to get everyone to become vegan to benefit her.

Not only does this woman have a problem with meat, but she also has issues with cigarette smoke and the sound of children playing basketball. So naturally, she complained to them asking them to stop. To which the neighbors hilariously responded no. Well, sort off. The Australian woman claims the neighbors began deliberately trying to “make her life miserable” after she complained. That charge was disputed by one of the neighbors, who said they removed their barbecue and even asked their children to stop playing basketball.

As expected, the complaint was quickly tossed out of court, because well, this is dumb. But, she appealed to the Supreme Court of Western Australia. The Supreme Court judge then rejected Carden’s appeal, but she still keeps her hopes high and is fighting for her justice. She said she is still considering taking legal action against her neighbors, but it is still unclear if she will have a civil case since all her complaints had been thrown out.

Which is expected since I’m sure the court has actual crimes they are trying to solve. It’s called freedom of speech lady, it’s their home and they can do whatever the hell they want. You’re just being petty and ridiculous at this point. The world doesn’t revolve around you and your vegan journey. Don’t get me wrong, I respect your choice of diet, but the same way I respect it, you should respect other’s choices too. Plus, I’m sure Aussie BBQ is delicious.