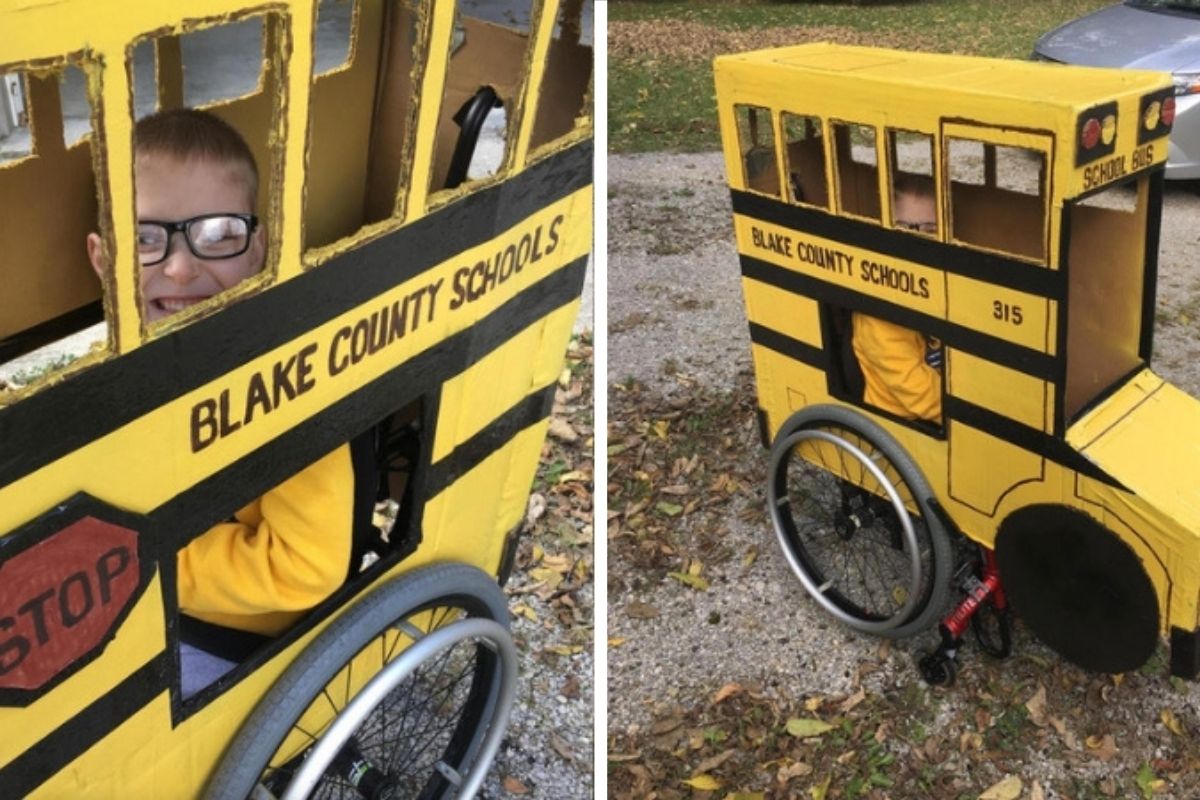 Halloween is five-year-old Blake Mompher’s favorite Holiday, which is why his grandfather decided to make him a special costume. The toddler from Prospect, Ohio was born with Spina Bifida, Hydrocephalus, and Chiari Malformation, requiring him to use a wheelchair to get around. Blake?s grandfather created a customized costume that works perfectly with his wheelchair: a bright yellow school bus! Images of the costume went viral after Blake?s mother, Megan Mompher, posted them on her Facebook.

Spina Bifida is a birth defect that occurs when the spine and spinal cord don?t form properly. The severity of Spina Bifida can vary depending on the type, size, location, and complications. Blake was born with myelomeningocele, which is the most common and severe type of Spina Bifida, needing complex and lifelong care.

Despite complications in the past, Blake’s mother stated the 5-year-old loves his chair and has learned how to adapt to it by doing all sorts of tricks like splits and wheelies. Safe to say Blake is a fun kid with high spirits, not letting the illness get the best of him.  Blake got his first wheelchair at the age of one and a half and is no stranger to fun Halloween costume. In 2016, with the help of his parents, he was a bulldozer that had a bucket on the front to carry items.

Due to Blake’s love for school buses, and after seeing his sisters ride them every day, the mother asked her father in law if he could create a school bus to fit over Blake?s wheelchair, which could easily slip on and off. The grandfather agreed, making everything from scratch using cardboard and inspiration from looking at pictures online.

A Halloween to Remember

The mother has shared videos of Blake, ecstatic over his costume, going up and down the road in the ?Blaine County School Bus?. As you can automatically tell from the videos, Blake’s positive attitude and happiness shine through. His mother stated he is set to have surgery next month where doctors are hoping to reconstruct his bladder.