This Famous Movie House is for Sale, and the Inside is Stunning 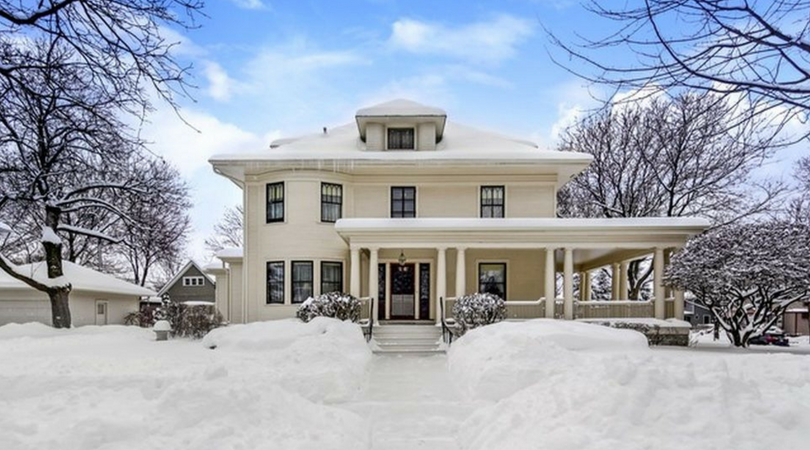 Growing up, one of my favorite movies to watch during Christmas time was While You Were Sleeping. Partly because Sandra Bullock was in it, and I?m a huge fan of hers, but the other part of it was because of the beautiful house they feature. The Callaghan family lived in a gorgeous white home in the suburbs of Chicago and I am here with good news! The house is now on the market in La Grange, Illinois, and it looks exactly the same as it did in the film. Yes, now you can own the same charming home, for a total of $837,999, and worth every penny!

The house was designed by Jon Tilton in 1898, located in the Historic District. The house includes 4 bedrooms, with a large wraparound porch, sitting on a large lot (100×139). The house includes a gracious foyer, high ceilings throughout the area, stunning molding details, a newly updated kitchen with countertops and stainless steel appliances. Previously, the house had a total of three owners, but the current one possesses original blueprints. Just look at that front door! It invites you into the home automatically.

The foyer gives a small preview of the stunning hardwood floors and molding throughout the house, showcasing the grand staircase. That is actually the first things guest can see when they walk in the door, and it sure doesn’t disappoint.

The property has two fireplaces, including one in the elegant living room. The interiors are very alike to how they were in the movie because although they did redo some of it for the big screen, most to the interiors were left the way the original family had it when they lived there. Fun fact: When they were filming the film, the owner of the house was actually living there at the time, but the directors asked if they could ?borrow? her house. The owners had to move out for most of the shooting and recalls how their house was the only one that had snow (obviously fake), making it look even more magical.

As you can see, the updates have a large rug in the middle, separating the rooms and giving the area a lot of…let?s say character? The house also includes a third floor where there is a study and a small living room area, along with a bathroom for guests. Look at that ironic memorabilia!

According to IMDb, the movie was a giant success at the box office, Making more than $180 million in worldwide returns, the vast majority of it which was profit as the film was made for a slim $17 million.

Watch: Tiny Houses You Wish You Could Live In