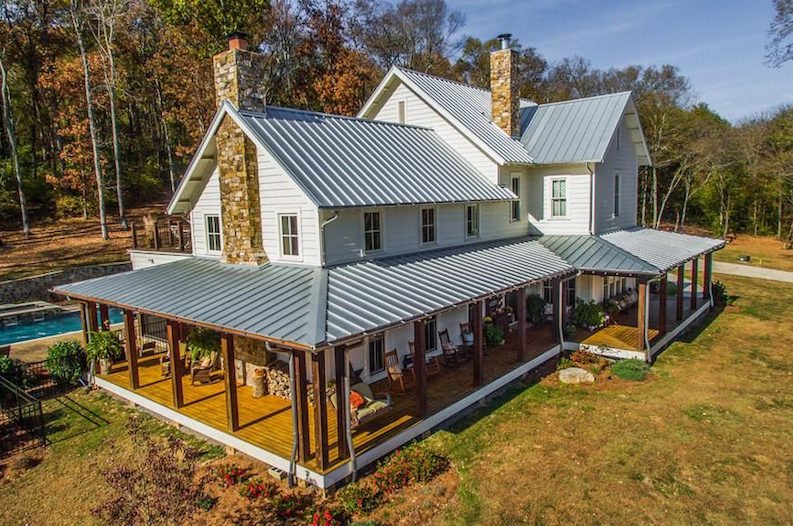 The Tennessean reports that country music’s prodigal daughter dropped some serious cash on new digs in Franklin, Tennessee (just south of Nashville on Interstate 65) and you’re going to be jealous of this house.

Regardless of what you think of Cyrus or her exhibitionism and music, you’re going to be jealous of this house.

The 6,869 square-foot home sits on 33 acres of beautiful Tennessee countryside. It has five bedrooms and four bathrooms and was built in 2014. The Franklin home is modern, yet rustic, with plenty of shiplap and shabby chic detailing. The spacious, open kitchen overlooks a cozy living area, which is adjacent to a screened-in patio.

Just off the pool there is an adorable little putting green. At least she doesn’t have to worry if Liam’s a golfer or not anymore. In the master bath, there’s a claw-foot tub surrounded by picture windows that look out onto the beauty of the secluded Tennessee wilderness. Cyrus currently owns a home in Malibu, California. The singer had also released her album Younger Now back in 2017, after purchasing the Tennessee home.

Editor’s note: This article was originally published on September 23, 2018.

Watch: Fan Favorite Sings “Total Eclipse Of The Heart” on “The Voice” and Absolutely Slays It