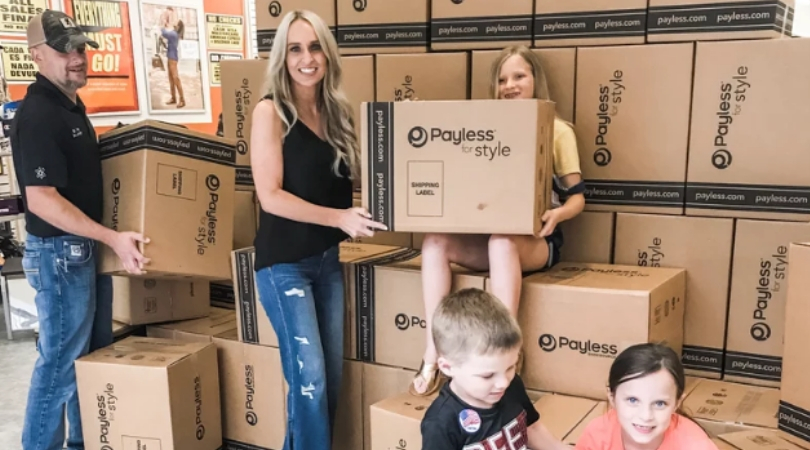 A woman in Arkansas is being praised for using a Payless store closing as a brilliant opportunity to pay it forward, and buying all the remaining shoes to give to the people in need. Yes, three round of applause for Carrie Jernigan, who has become the new Mother Theresa.

Jernigan, who is from Alma, saw the store was closing when her daughter pointed out a pair of “Avengers” shoes. Her daughter said there was a boy in her class that loved the ‘Avengers,’ but his shoes were too small. She asked the mom if she could buy him the shoes, to which she agreed to. As she was checking out, Jernigan jokingly decided to ask the clerk how much it would cost to buy the rest of the store’s inventory.

An Arkansas lawyer bought 1,500 pairs of shoes from a Payless going out of business. Now she’s donating them to kids in need: https://t.co/JdLBcNlejb pic.twitter.com/WMD6mwp9tg

Surprisingly enough, Jernigan’s joke turned serious and decided to leave her phone number with the clerk and later received a call from the local Payless district manager. According to Jernigan, after agreeing to purchase them all, she quickly had to figure out how to get nearly 1,500 pairs of shoe home with them that day.

Jernigan spent almost $21,000 worth of merchandise and plans to give the remaining shoes to local children and adults in need. She also decided to hold a school supply drive, hoping her children learn and continue to give back throughout their life. She stated, “I always tell my kids, if you ask them what they want to be when they grow up, they say, ‘Be kind,’ and so I don’t care what they do in life as long as they are kind and good people.”