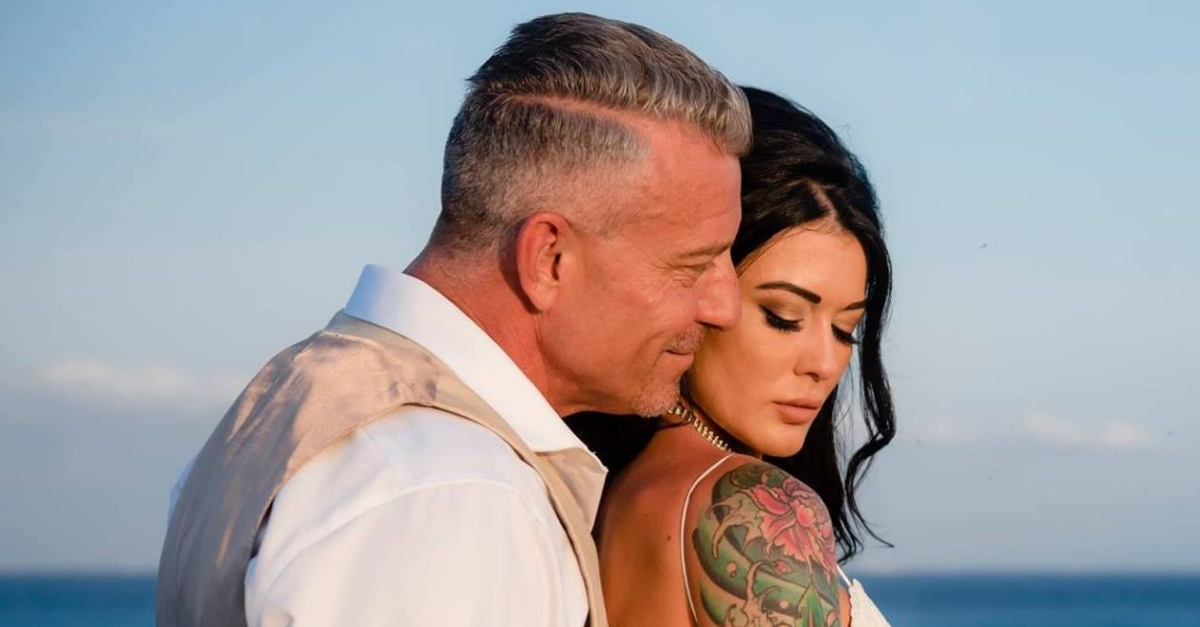 “Don’t be mad, but… I’m doing your dad and I think we’re in love.” That probably wasn’t said verbatim, but at some point the gist of that message was delivered from one friend to another when the former informed the latter that she was, indeed, doing her dad and falling for him.

Taylor Lehman, 27, and her husband Kern Lehman, 52, recently celebrated their one year wedding anniversary. Their love story began when Taylor met Kern through his daughter Amanda, 30, with whom Taylor was best friends. And the whole thing was surprisingly not that awkward. According to Taylor, though her family and Amanda were hesitant at first, they all approve of the marriage.

It should be noted, Taylor is not a childhood friend of Amanda’s. They met as adults, and so Kern met Taylor as an adult too, making this all profoundly less weird than it had the potential to be. It’d be one thing if Kern knew Amanda as a kid. You can’t date a woman who you once knew as a little girl because you drove her to soccer practice. If you know a little girl from yelling at her and her friends for singing N*Sync too loud at a sleepover, you are prohibited from having private, adult sleepovers with her later in life. That’s not a law, obviously, but it’s a guideline that feels like it should be followed.

But Taylor and Kern are happily married. They don’t plan on having any more kids. Instead, they’re going to spend their time traveling and enjoying each others’ company. In fact, they recently went vacation with Kern’s daughter. Which… yay!(?) Everyone is happy, what more do you want, really? The world isn’t made only of high school sweethearts and hipsters adorkably meeting in a bookstore. People fall in love day drinking at Las Vegas club pool parties too.