Rambo — oh wait, Sylvester Stallone, rather — posted a pic of him and Arnold Schwarzenegger standing next to each other, smiling.

“Myself and my great friend Arnold , @schwarzenegger spending time at his amazing office Carving Pumpkin Heads for Halloween with Survival Knives !!!,” Stallone wrote. “That’s what real ACTION guys do with their free time! Lol…”

Arnold Schwarzenegger posted the same pic on his Instagram account. The pic racked up more than 1.3 million likes less than 24 hours after her posted it.

Putting a Rivalry to Rest

Fans of one or both actors might recall that they had a heated rivalry back in their heyday. They later ended it, which Schwarzenegger said he was thrilled about five years ago.

“I’m so glad we straightened out our mess because it wasn’t pretty,” SlashFilm reported in October 2017. “We were attacking each other in the press relentlessly. We called each other names and called out our weak points, and it was so competitive.

“It became so silly that all of a sudden it became a competition about who has the most muscular body,” Schwarzenegger continued. “So I said, ‘Sly, forget about that now. Because there’s only one seven-time Mr. Olympia, and it’s me!’ But then he had to use bigger weapons. So then it was a competition of who had the biggest gun, and then who uses the biggest knife.”

He further commented: “Do you remember the Rambo knife became so big it was like a sword? No one has a knife like that! But Stallone had one built, so I had to come in with a bigger one. This is how it went. Who has the most unique killings? Who kills more people on screen? Who makes more money at the box office? Who has less body fat when he goes into production? All of this s— started happening, and it didn’t stop! It was unbelievable.”

Could this all be an elaborate setup for a Rambo vs. Terminator vs. Michael Myers vs. Freddy Krueger vs. Alien vs. Predator mega-mega-mega-mega-mega crossover movie? 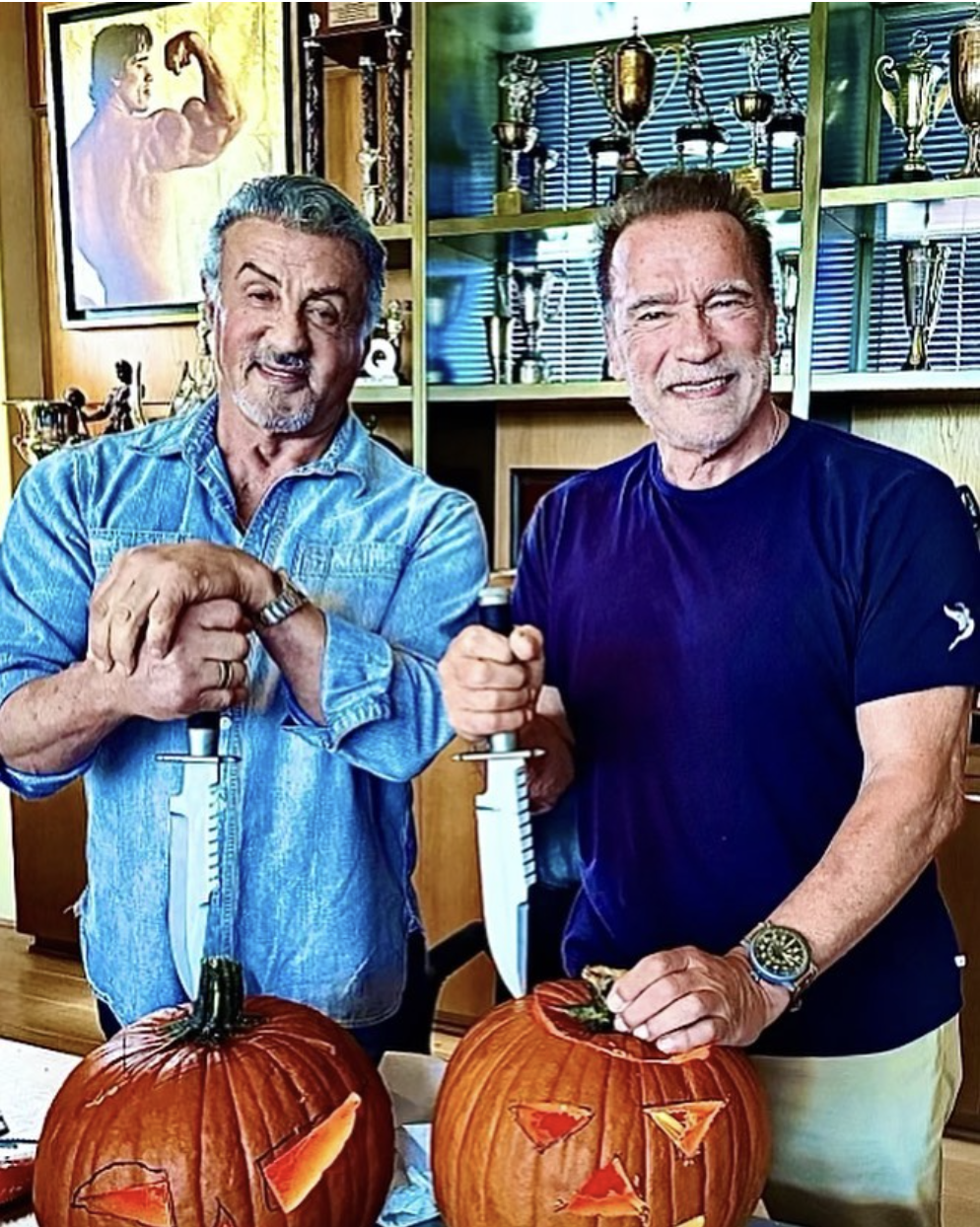