Attorney General Jeff Sessions was discovered to have had two undisclosed meetings with Russian Ambassador Sergey Kislyak during the 2016 presidential campaign. Similar actions led to the early resignation of former National Security adviser Michael Flynn. Congressional Republicans had called for Sessions’ recusal from matters involving Russia, but Democrats had asked that he step down.

Sessions had revealed that he was prepared to recuse himself if necessary. And the ladies of ABC’s “The View” were more than ready to comment on the situation.

A clip was shown of Sen. Al Franken (D-Minn.) asking Sessions if he knew of any communication between members of the 2016 Trump campaign and the Russian government. Sessions said that he did not and also stated that he himself “did not have communications with the Russians.”

“So does he have to go?” Whoopi Goldberg asked. Audience members shouted yes, as the other co-hosts agreed.

Jedediah Bila, who is often more sympathetic to some actions of the administration, said that it was time for Sessions to step down. “Why not just say that then? Say, ‘I did have communications with Russia, but not in a campaign,'” she wondered.

Sunny Hostin had a different perspective, arguing that Sessions was not an explicit member of President Trump’s campaign at the time of the call. Hostin called on Sessions to recuse himself from investigations regarding Russia, rather than resigning. Hostin argued that Sessions did not purposefully mislead anyone, to which Bila said that he needed to clarify his answer. Hostin maintained that Sessions answered the question accurately as it was posed to him.

“Why are they lying when they don’t have to?” Behar asked. Behar suggested one reason could be to protect the president. Behar made a comparison to late President Nixon’s Watergate scandal, particularly to then-Attorney General John Mitchell’s knowledge of various wrongdoings in the administration.

“I think this is unraveling very quickly now,” Behar observed.

Bila said that she had less of a problem with Sessions communicating with Russia while he was a United States senator and more of an issue with “the sin of omission.” To that, Goldberg concluded that Sessions and Flynn were less than forthcoming with their communication because they “knew that no matter what, they were going to get in.”

Behar said that “the flags should be going up” as Sessions marked yet another member of Trump’s team with a questionable relationship with Russia. Hostin responded to Behar, saying that an independent prosecutor was needed. However, she maintained that Sessions did not need to resign.

Editor’s note: This article was originally published on March 2, 2017. 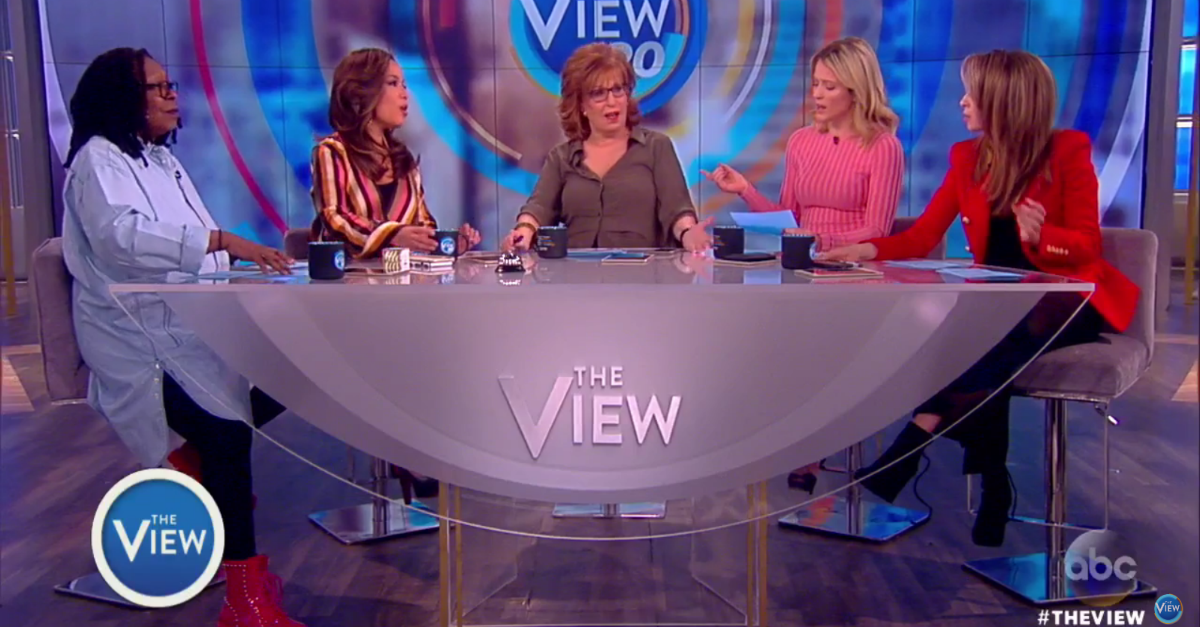