It’s official: Bruce Springsteen and Barack Obama have teamed up for a podcast: Renegades: Born in the USA. At the start of the first episode, the former president explains this — seemingly — unlikely collaboration:

“On the surface, Bruce and I don’t have a lot in common. He’s white guy from a small town in Jersey. I’m a black guy of mixed race, born in Hawaii, with a childhood that took me around the world. He’s a rock ‘n’ roll icon. Im a lawyer and politician. Not as cool. And as I like to remind Bruce every chance I get, he’s more than a decade older than me. Although, he looks damn good. But over the years what we’ve found is we have a shared sensibility: about work, about family, and about America.”

Listen to ‘Renegades: Born in the USA’

The first two episodes of Renegades: Born in the USA are now available to stream on Spotify. Six more episodes will be released weekly. Sparked by the painful state of America over the last year — the deadly pandemic, the polarizing election, the reckoning over racism — these longtime friends decided to record their conversations as a means of telling a “larger story of America.” The eight-part series was taped at Bruce Springsteen’s farm in Colts Neck, New Jersey and released by Higher Ground, the production company founded by Barack and Michelle Obama in 2018. (Michelle’s own podcasting debut, The Michelle Obama Podcast, premiered from Higher Ground Productions last July.)

Throughout the first two episodes, the deep friendship between these public figures is clear. Though it might come as a surprise to many fans, the rock star and the politician actually go way back. They first met on the campaign trail in 2008, during former president Barack Obama’s initial bid for the White House. Springsteen, who is always politically active, stumped for the rising Democratic star. And that’s not the only origin story revealed on Renegades: Born in the USA. As Springsteen and Obama reflect candidly on their “parallel journeys” of success, many new fascinating details emerge about each of these major celebs.

Five Takeaways From Episode One, “Outsiders: An Unlikely Friendship”

Early on in “Outsiders: An Unlikely Friendship,” Bruce Springsteen shares that his father was mentally ill. While growing up in Freehold, New Jersey, the Springsteen household struggled due to his dad’s unstable health and rocky employment.

Bruce Springsteen spoke openly about the racial strife that engulfed his blue-collar hometown while he was a boy growing up. Due to the relatively integrated make-up of Freehold, children became aware at a very young age of the “unspoken rules” regarding where people were welcome and who they could hang out with.

3. The song “Hometown” was based on the race riots in Freehold during the 1960s

The famous Bruce Springsteen song off Born to Run, “Hometown,” was inspired by.   a tragic event: a group of white teenagers fired a shotgun into a car full of black kids. One of Bruce Springsteen’s friends lost an eye! The haunting backstory of the lyrics offers grave context to what might sound like a nostalgic ode — if you only listen to the chorus.

4. Barack Obama’s favorite speech he ever gave was on the 50th anniversary of the Selma march

On the 50th anniversary of the march across the Edmund Pettus Bridge in Selma, Alabama, Barack Obama stood alongside Rep. John Lewis and spoke about the competing ideas of America. Much like the stand-off on the bridge in 1965 — which sparked Bloody Sunday — there are still battling notions: whether the country is “just for certain people who have to be and look a certain way” or, simply, if it is for everybody.

5. Bruce Springsteen is a TALKER

We are not complaining — we love The Boss — but man, can he talk. During the first episode of Renegades: Born in the USA, Springsteen waxed philosophical regarding shameful race relations in the U.S., remaining eloquent nearly without pause. Obama barely got a word in edgewise!

When Barack Obama asked Bruce Springsteen whether the noticeably integrated E-Street Band was a conscious decision, Springsteen admits that it was decided the moment he first met The Big Man, saxophonist Clarence Clemons. “Clarence was great. He just had a sound that raised the roof. He was just one of the greatest sounding sax players I’d ever heard… when he walked up on stage, stood to my right, started playing, I said ”There’s something about him and I together.'” Learn more about their fascinating relationship here.

2. Clarence Clemons’ role in the E-Street Band was culturally complex

Bruce Springsteen will be the first to admit that his lifelong collaboration with Clarence Clemons was, as he sweetly puts it on the podcast, “the biggest story I ever told.” But on Renegades, Barack Obama challenged the idealistic narrative of their partnership by pointing out that while Clemons provided the band with a unique sound and spirit, he could only achieve commercial success through latching onto “a young white teen, who is less experienced than him.” Springsteen agreed that Clemons had to “swim in white culture for most of his work life,” and was often the only black person in the room.

3. Barack Obama’s once broke his friend’s nose for using a racial slur

When Barack Obama was in school (he did not specify at what age), his so-called friend called him a cn when they got into a fight after playing basketball. Never mind that, as Obama puts it, laughing, “Ain’t no cns in Hawaii.” So what did the future president do? He popped him in the face, of course. And broke his nose.

Here’s his favorite passage, from The Fire Next Time:

“White people in this country will have quite enough to do in learning how to accept and love themselves and each other, and when they have achieved this — which will not be tomorrow and will not be today and may very well be never — the Negro problem will no longer exist, for it will no longer be needed.”

5. Barack Obama did not want to discuss reparations during his presidency

“What I saw during my presidency… the politics of white resistance and resentment…” led Barack Obama to think that any meaningful legislation regarding reparations was politically “counter-productive.” In fact, he did not think that a racial reckoning in the U.S. seemed remotely attainable then. But now that he’s out of office, Obama seems open to exploring the conversation if only for educational (a.k.a. hypothetical) purposes that shed light on a racist history that, frankly, “we’d rather forget.” 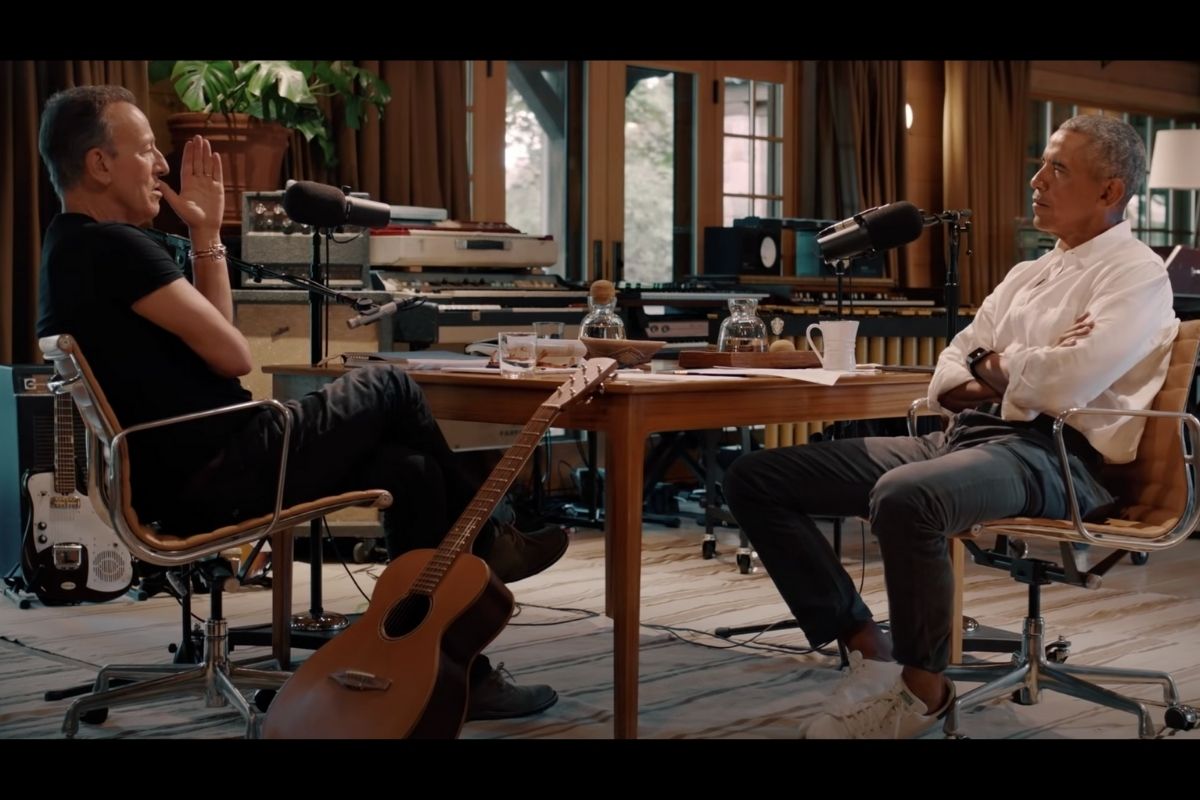