Clint Eastwood is back on the big screen and back to putting people a third his age (me) to shame. The trailer for his newest film The Mule just dropped and it’s intense. The film tells the insane true story of a real-life 90-year-old World War II veteran who worked as a drug courier smuggling cocaine for a Mexican cartel (because who’s going to suspect some old guy is cool enough to have a truck full of cocaine?).

Eastwood stars as the titular mule while also directing the film. This is Eastwood’s first acting role since 2012’s Trouble with the Curve. The film also stars Bradley Cooper, who previously teamed up with Eastwood in American Sniper, which Eastwood also directed. Cooper plays DEA agent Colin Bates, who is tasked with tracking Eastwood’s drug mule and the drug cartel he works for. The Mule has a loaded cast, actually. It also stars Michael Peña, Laurence Fishburne, Taissa Farmiga, Alison Eastwood, Andy Garcia, and Dianne Wiest.

It’s no surprise that The Mule trailer is amazing. If there is one thing Clint Eastwood has proven in his 21st Century filmmaking career it’s that the man can make a trailer. The original American Sniper trailer is considered one of the best ever, and Gran Torino was nearly as intense.

The Mule is Eastwood’s second film to be released in 2018, because the man is outrageously prolific and also because he might be convinced that the moment he stops making movies he’s going to die. (The 15:17 to Paris was his other film released in 2018.) 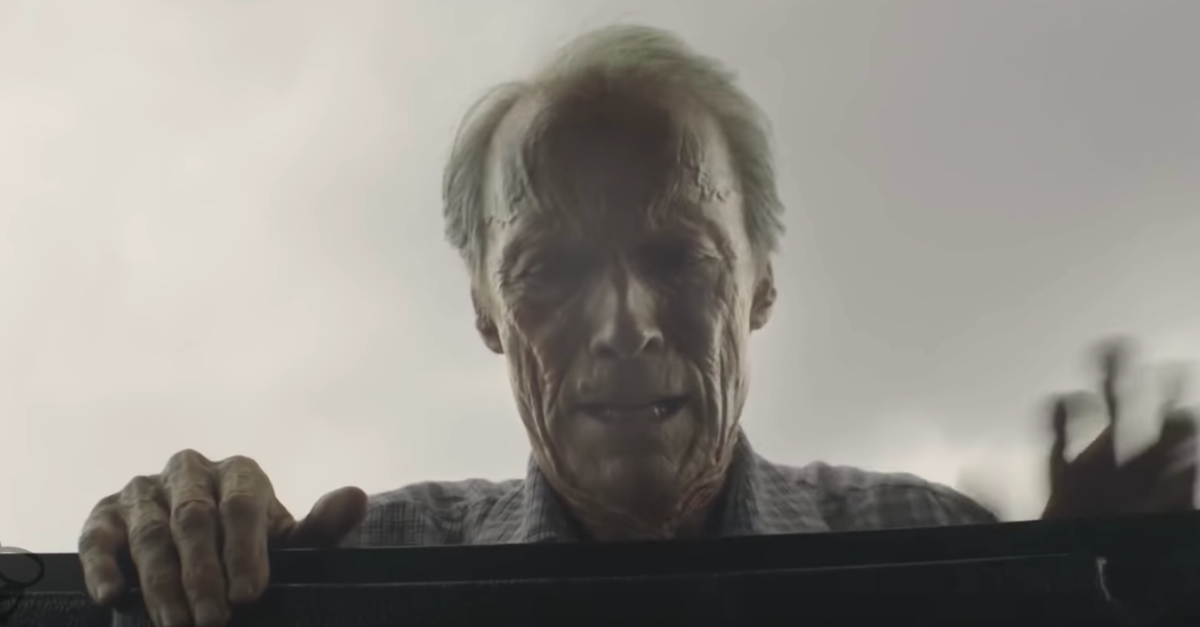