Denise posed for Playboy just months after the birth of her eldest daughter, Sami. The Real Housewives of Beverly Hills alum was 33 years old at the time. This occurred during her 4-year-long marriage to Charlie Sheen, who urged her to do the photo shoot.

“He’s been a fan of the magazine for years and thought it would be pretty cool to have his wife in it,” Denise told Playboy. “I thought it was the perfect time in my life to do this, and it pushed me to get my ass in shape!”

Denise Has Battled Insecurities, Has Some Regrets

It may seem counterintuitive, but the Starship Troopers actress hasn’t always felt comfortable with her body. Denise once told Washington Post that she regretted getting breast implants. She also admitted to augmenting them a second time just before shooting Wild Things. She had her breasts enlarged due to being ridiculed for her flat chest and “fish lips” as a teenager.

“I would do everything I could to convince my daughters to embrace their bodies and to not do that,” she told Washington Post. “I wish in hindsight that I never even got them.”

Further, 18 years later, posing for Playboy in her 30s has opened an endless can of worms for Denise. She doesn’t seem regretful at all for doing the shoot. After all, why should she? But she’s been harassed by her nephew’s friends over the ordeal.

On a recent episode of Denise Richards: It’s Complicated, she offers to watch her nephews for an evening and is surprised by the oldest nephew’s friends coming over with a copy of her Playboy issue.

Watch the hilariously uncomfortable clip below:

Additionally, now that her daughter, Sami, is eighteen, she’s taken after momma bear’s sex appeal and confidence. After Sami’s recent decision to start an OnlyFans account, there’s been a very publicized rift between Denise and Charlie.

It’s not clear if Sami’s OnlyFans is a direct reflection of Denise’s choices — after all, Sami is an adult and her choices are her own. But while Denise has been incredibly supportive, Charlie Sheen has made a public fuss over their daughter’s decision.

“She is 18 years now and living with her mother,” Charlie Sheen said via a statement to Fox. “This did not occur under my roof.”

He added, “ I do not condone this, but since I’m unable to prevent it, I urged her to keep it classy, creative and not sacrifice her integrity.”

Denise clapped back, reminding everyone that Sami is 18 and therefore an adult. “This decision wasn’t based on whose house she lives in,” she told US Weekly. “All I can do as a parent is guide her and trust her judgment, but she makes her own choices.”

Denise Talked To Her Daughters About Posing for Playboy

On a 2019 episode of the Daddy Issues podcast, Denise admitted that she’s been very open with her daughters about posing for Playboy.

“I’m honest with them,” Denise told the Daddy Issues hosts. “They heard that I was in Playboy.”

She added that she was surprised that her daughters knew what Playboy was and attributed their awareness to smart phones and internet accessibility. “It is so hard to control the internet on the phone,” she said. “Even putting things on there to block it, it doesn’t work… If I could go back and do everything over, I would definitely not give them a phone where they had access to social media.”

From Playboy to OnlyFans

After Sami joined OnlyFans, Denise decided to make an account as well. She said that she’d never heard of the platform prior to the publicity surrounding her daughter.

“The reason I wanted to join is because she got so much backlash for that that I didn’t think it was really fair,” Denise told Jeff Lewis on Sirius XM.

“I’ve done things in my career — I’ve done Playboy, I was in Wild Things, and I’ve done sexy shoots before, naughty movies, things like that,” she said. “And sometimes people say nasty things, well a lot of the time they do. But I thought, this is not fair that she’s getting this much backlash when a lot of people post things like that, even just on Instagram.”

Denise said that her husband, Aaron Phypers, often films or photographs her OnlyFans content. When describing what kind of content she puts up, she said it does go a little farther than what Instagram allows.

“I do bikini, I do lingerie, I do stuff that is sexier ’cause I also think, ‘Why not?’ If I’m able to do stuff outside of some of the more conservative stuff that’s on my Instagram. I do show my boobies, my tush,” she revealed. “They’re already out there, if you Google them.” 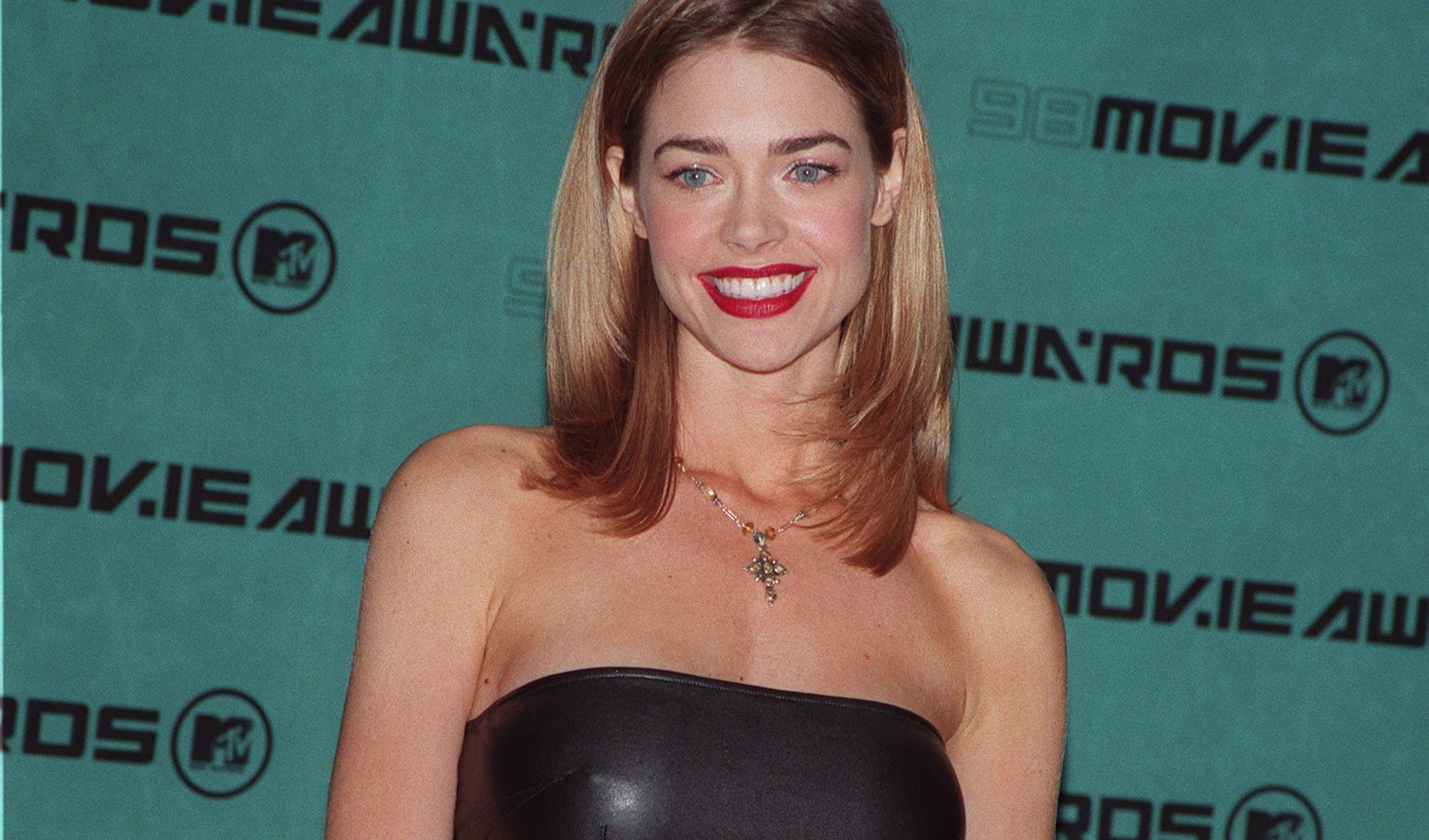