Van Dyke joined dozens of dancers on stage for a quick dance during their performance of “Step in Time,” made famous by Van Dyke in the 1964 film, “Mary Poppins.”

At 90 years old, Van Dyke wowed the crowd with how quick he was on his feet and his ability to keep up with the other dancers many of whom appeared to be about one fifth his age.

Derek Hough of “Dancing with the Stars” fame led the tribute to Van Dyke and later paid tribute to the legendary actor on his social media. 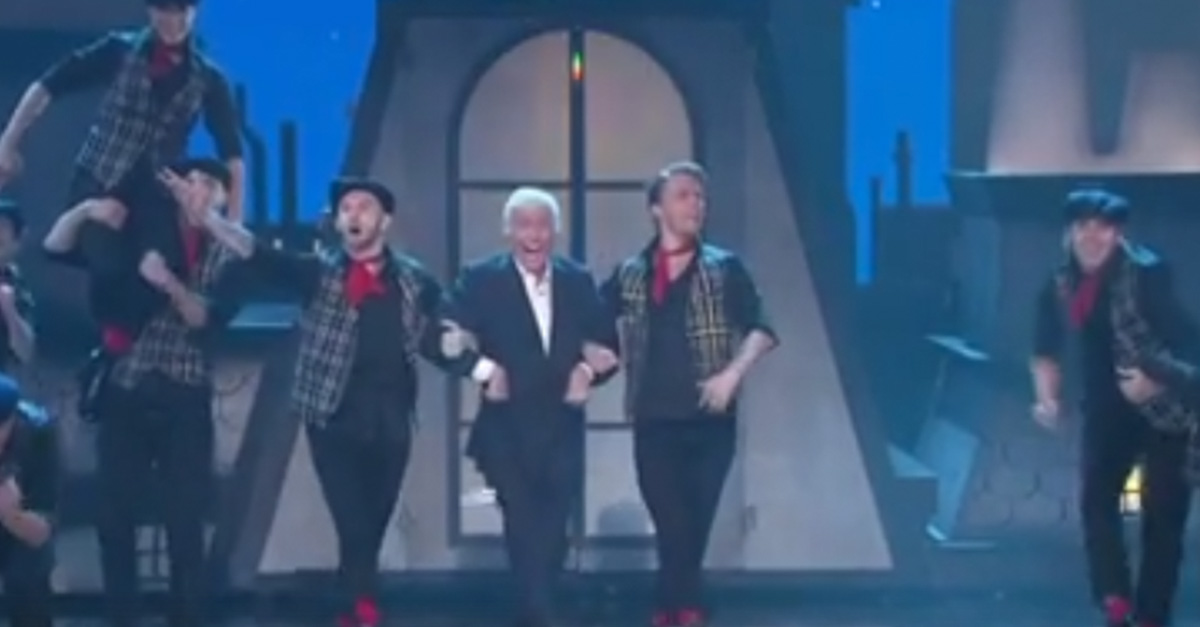