Menu
Follow us
Search
Menu
Search
DANCING WITH THE STARS - GINGER ZEE AND VALENTIN CHMERKOVSKIY - The stars grace the ballroom floor for the first time on live national television with their professional partners during the two-hour season premiere of "Dancing with the Stars," which airs MONDAY, MARCH 21 (8:00-10:01 p.m., ET) on the ABC Television Network. (Photo by Craig Sjodin/ABC via Getty Images)

The “Good Morning America” meteorologist and “Dancing with the Stars” alum revealed just how much weight she lost from the dancing show in this week’s edition of PEOPLE.

“I hadn’t weighed myself all season, but I knew my clothes fit better. I thought I’d be 20 lbs. lighter,” she said. “But I only weighed 2 lbs. less. That was it!”

RELATED: Ginger Zee’s performance on the finale of “Dancing with the Stars” will go down in history

No way! She tore it up on the dance floor every week! Okay, so the number on the scale didn’t change much but the way she thought about her body did.

“It made me feel better that all those years when I thought, ‘If I just work out more, I’ll lose weight,’ I was wrong,” she continued. “Apparently I’m just supposed to be 138 lbs., and that’s good.”

In December, Zee gave birth to her first child, Adrian Benjamin. Just a few short months later, she put on her dancing shoes and hit the dance floor.

Zee recently opened up about her longtime battle with anorexia, but she assured fans she is now much happier with the way she looks. 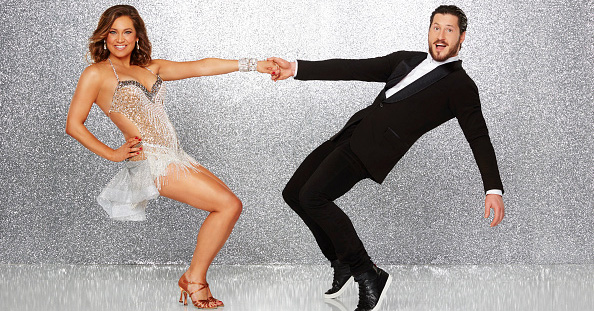