As Adele performed George Michael’s song “Fast Love” at the 59th annual Grammy Awards, she suddenly stopped mid-song. “I’m sorry, I can’t mess this up for him,” the pop singer said.

A visibly moved Adele apologized to the assembled band and the show’s producers after she insisted that they restart the song so she could pay proper tribute to Michael. It was reminiscent of her 2016 Grammy performance when a microphone fell into her piano, impacting her audio.

Adele was able to finish the song, tears in her eyes. But the star singer was still frustrated with how the performance turned out. During a Q&A session in the press room of the Grammys, the 28-year-old songstress admitted to her disappointment following the hiccup.

“I was devastated by that, and my rehearsal — I did have a shaky rehearsal today,” she admited. “But I have been working very hard on this tribute for him, every day.”

She also told reporters that her first memory of being a George Michael fan was “being blown away by how f*****g hot he was.”

According to a source that spoke anonymously to PEOPLE, Adele was very nervous about her big performance. “She was super nervous going into tonight. She cleared out the stadium for her rehearsal, but it went really well.”

Even with a minor snafu, Adele’s performance was still gorgeous. 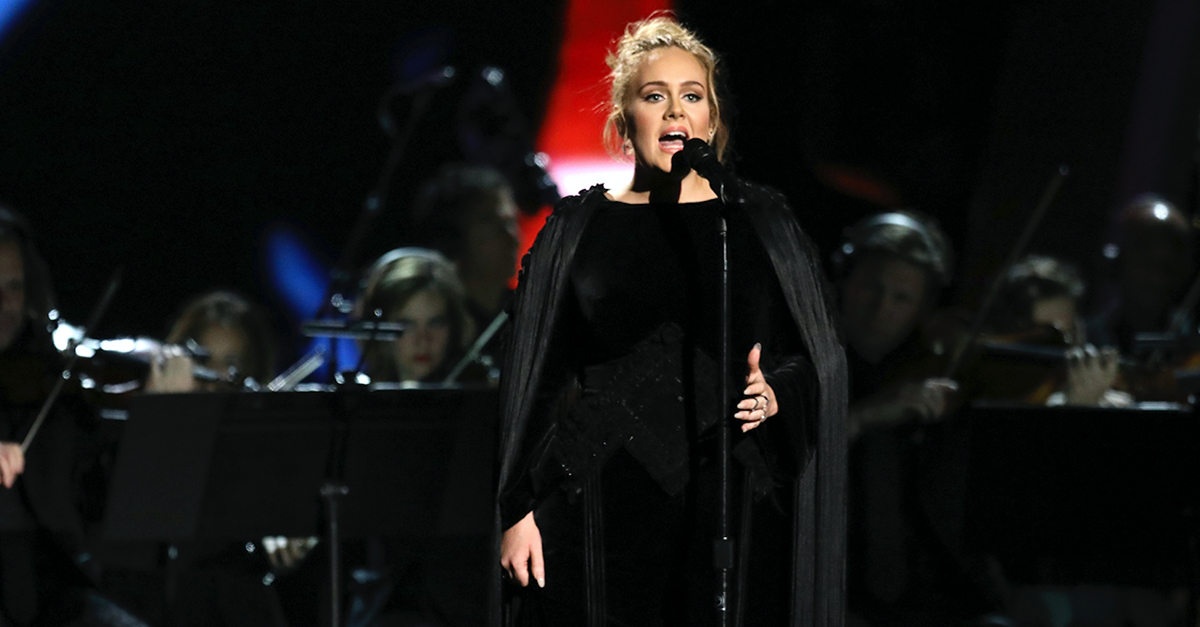