#GRAMMYS @JKCorden jokes: "Any fake tweets you see are not real tweets. The negative tweets are fake." https://t.co/ruIyRemXev pic.twitter.com/14lETEzUZy

Fake news has been big news during the course of the election and in the weeks since the inauguration of President Donald Trump.

The Grammy Awards were not immune, but this dive into fake news by Grammys 2017 host James Corden was planned, and it was hilarious.

While Corden asked the television audience to tweet about music’s big night — “Don’t be shy, let us know what you think of the show” — some very suspect negative tweets surrounding Corden’s appearance and his ability to even host such a show starting rolling by on the crawl.

As Corden recognized the negative nature of the tweets, he told the audience, “Any fake tweets you see are not real tweets. The negative tweets are fake.”

Examples of the fake tweets included:

RELATED: Adele kicks of Grammys with stunning performance of one her biggest songs

And then, right in the middle of all these critical tweets, came a very different one — one from a very familiar Twitter handle that finally gave some much-needed props to the host:

Something tells us this won’t be the last time we hear about fake news — or at least the entertainment industry poking fun at it. 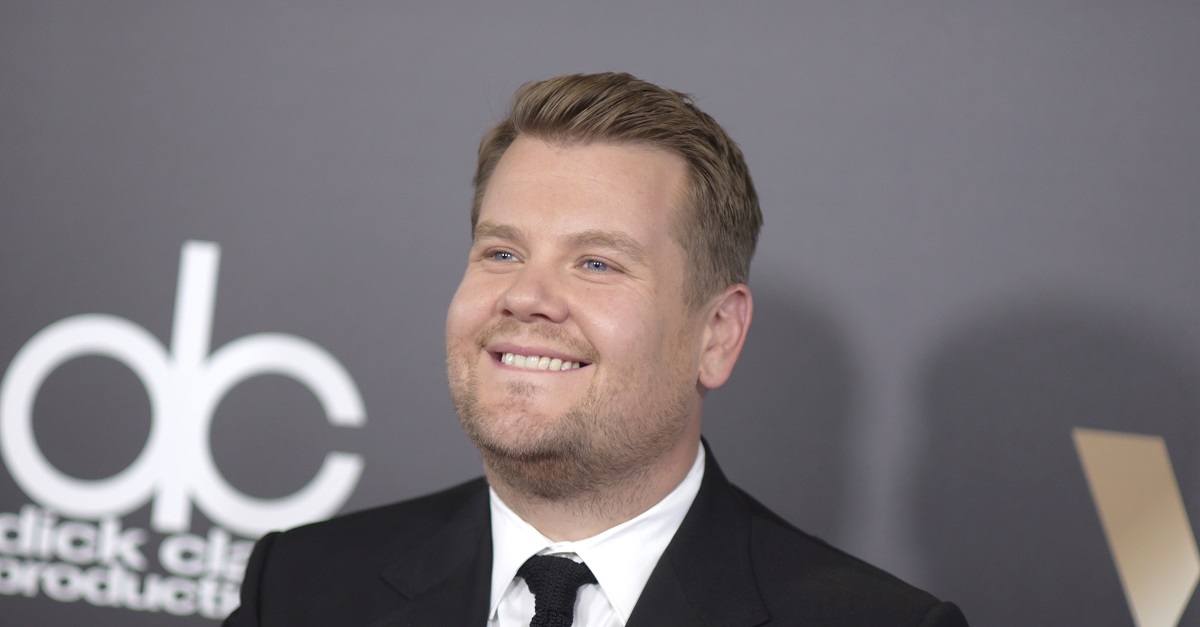