Menu
Follow us
Search
Menu
Search
Carrie Underwood enjoys a glass of wine and a mask before the Grammy Awards.

As die-hard country music fans, it may not be the easiest thing to watch an award show that isn’t solely focused on country, but if you let yourself just have fun seeing what’s happening in rock, pop, urban and even hip hop, then you’re just like your favorite country star.

If you asked Tim McGraw, Carrie Underwood and Dierks Bentley, they’d probably tell you that the fan-voted shows mean more to them because that’s who they make music for — the fans. But, that doesn’t take away from the importance of the Grammys and how the artists prepare for them. In fact, Tim, Carrie and Dierks have been giving us a peek on their social media pages as to what they are doing to get ready for the big night.

RELATED: Watch this Grammy-nominated country star join forces with her beau on this Tim McGraw song

For Dierks, the first step in his Grammy process is getting there. While some country stars are taking their tour buses or flying commercial, this nominee for Best Country Duo/Group Performance (“Different for Girls” with Elle King), is flying the friendly skies in his own plane. We question his nutritional choices, but as he says, “#VendingMachineLife.”

Young Thomas Rhett, who is nominated in the Best Country Song category for writing “Die a Happy Man,” did depend on a commercial airline to get to Los Angeles. He’s pretty excited about the weekend and we’re sure wife Lauren will be, too, as soon as she recovers from flying in from a mission trip to Africa.

Before she left for the Grammys, all genre Best New Artist nominee Kelsea Ballerini was squeezing in one final workout to make sure her award show wardrobe fit to a tee. The always fashionable singer-songwriter might have a couple of different looks since she is performing on the show, as well as walking the red carpet.

RELATED: Grammy-nominated Kelly Clarkson finally opens up about her past cancer scare

Kelsea wasn’t the only one hitting the gym for the big weekend. After announcing her engagement, Cassadee Pope has two big days to get ready for, so she got her workout on before she walks the red carpet. She’s nominated with Chris Young in the Best Country Duo/Group Performance category.

She may look too tiny to dominate anything, but that’s exactly what Maren Morris did with a whopping four nominations at this year’s Grammys — Best Country Solo Performance, Best Country Song, Best Country Album and Best New Artist. Whew! It’s no wonder that Maren is still freaking out.

Kelly Clarkson has boots on the ground in L.A. and before she steps onstage at the Staples Center, she’s been spending some quality time empowering a stunning group of young women with a wish!

He’s a hunk, no doubt. Now he’s a hunk whose hit “Humble and Kind” has a Grammy nomination in the Best Country Song category. While we love Tim McGraw in tight tees and jeans with his signature black cowboy hat, we don’t hate it when he dons a nice tux and tie either.

Carrie Underwood is nominated for Best Country Solo Performance, but she’ll also be performing with her pal Keith Urban, so we know she wants to put her best face forward. We know she could do that with no makeup at all, but we still can’t wait to see what she wears!

All of this Grammy talk is kinda making us want to don a bow tie or sparkly gown and sip champagne just to watch the show, but pajamas and pizza sound good, too. 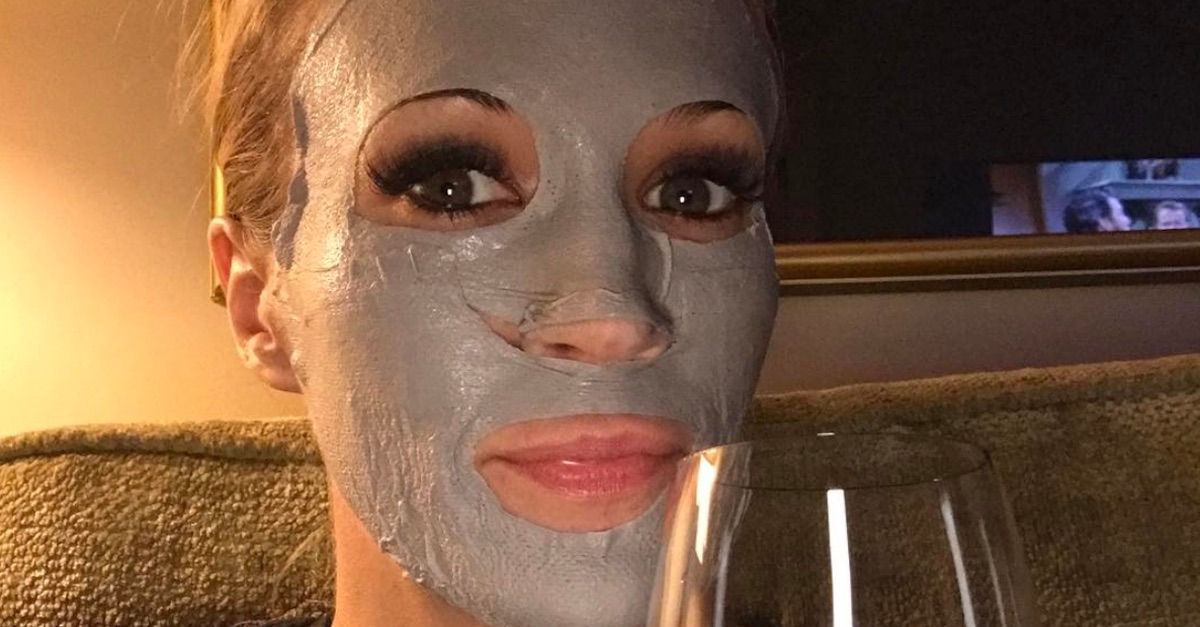