We were proud just to know that Keith Urban and Carrie Underwood earned one of the coveted performance slots on this year’s Grammy Awards. But, we never could have expected the electricity they delivered when they performed “The Fighter” from the stage of the Staples Center in Los Angeles on Sunday evening.

In a cube of flashing neon, mirrors and laser lights, Keith, dressed in all black, kicked off the song that serves as the fifth single from his current album, “Ripcord,” with a ripping guitar riff. Carrie, in a silvery body-con cocktail dress, made her way to the stage to join her duet partner, and “The Fighter” went to a new level. Even after Keith launched into the second verse while Carrie high-stepped around him, the energy between the pair was palpable. You could even hear the crowd roaring with approval.

Coincidentally, Keith and Carrie released the video for “The Fighter” earlier in the day, creating even more hype and anticipation for their performance during the Feb. 12 show. And to say they delivered might be a bit of an understatement.

Obviously, Keith and Carrie had plenty of time to rehearse the song since they toured Australia together late in 2016 on Keith’s Ripcord: World Tour and it really showed.

Could the pair please collaborate again in the future? Well, “The Fighter” is on Keith’s album, so it would only be fair for them to do a song for Carrie’s next album, right? 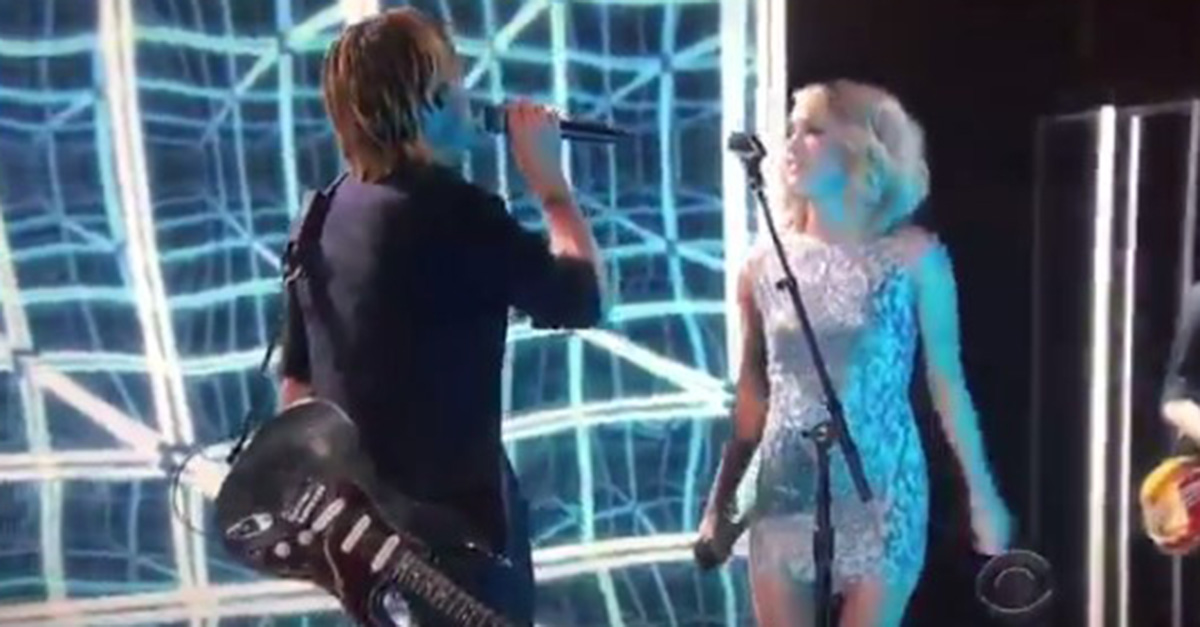