After a night that was filled with subtle insults to President Donald Trump, rap legends A Tribe Called Quest came out to deliver a performance that made their opinions of the president clear.

The beginning of their medley started off innocent enough, as they called back to some of their hit songs from the 1990s and turned more aggressive once their guests arrived.

RELATED: Katy Perry brings politics front and center in one of the most talked about Grammy performances of the night

Before a blistering performance of “We the People” off their latest record, Tribe was joined by rappers Busta Rhymes and Consequence.

“I just want to thank President Agent Orange for perpetuating all of the evil that you been perpetuating throughout the United States,” Rhymes barked into the microphone.

“I want to thank President Agent Orange over your unsuccessful attempt at the Muslim ban.”

As the song progressed, the group brought people of different races, genders and creeds onstage, while guards stood at the end of the stage. The refrain of “We the People” instructs different cultures that “they must go.” The imagery associated with President Trump’s recent executive order regarding immigration was palpable.

As the song came to an end, Tribe leader Q-Tip screamed “resist, resist, resist” into his microphone. Q-Tip’s message called to mind the digital #Resist movement, which rejects Trump’s presidency. 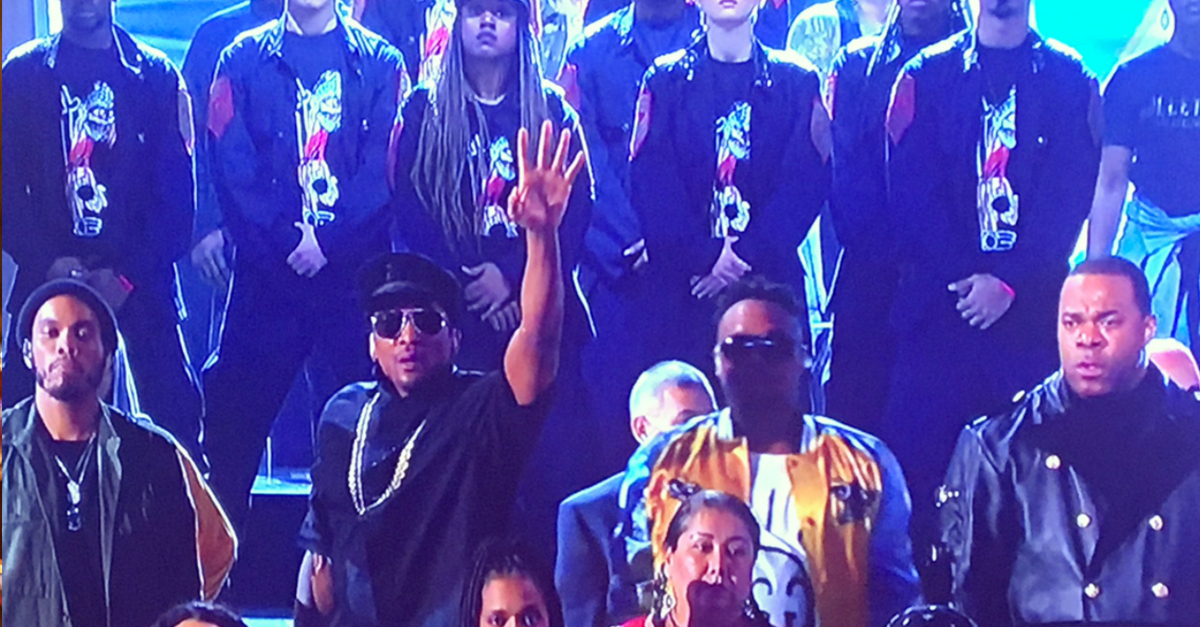