Winning a Grammy Award prompts very different reactions from different musicians. Some cry. Some smile so much they can’t find their words. And some, apparently, drop their pants.

Well, perhaps that last one is an unorthodox reaction just reserved for the pop duo Twenty One Pilots. On Sunday Feb. 12 Tyler Joseph and Josh Dun won their first ever Grammy Award for Best Pop Duo/Group Performance thanks to their smash hit “Stressed Out.” In a most unexpected act that is usually reserved for the living room floor after a long day at the office, the two guys promptly dropped their pants on the carpet and walked toward the stage in nothing but their skivvies, live on TV in front of millions of people.

RELATED: The Grammy Awards haven’t even started, but there’s already been an artist making a political statement

The logic behind the action was actually pretty simple. During his acceptance speech Joseph explained that not so long ago he and his band buddy were just a couple of guys sitting around watching awards shows together in Columbus, Ohio. “As we were watching we noticed that every single one of us was in our underwear,” Joseph recalled. “Josh turned to me and said, ‘You know, if we ever go to the Grammys — if we ever win a Grammy — we should receive it just like this.’”

“This just goes to show that anyone, anywhere, can do anything,” Joseph continued.

Corden later channeled the boys with a pants-less moment of his own!

Who knew going pants-less could turn out to be such an inspirational homage to a simpler time before fame and success? Way to go, guys! 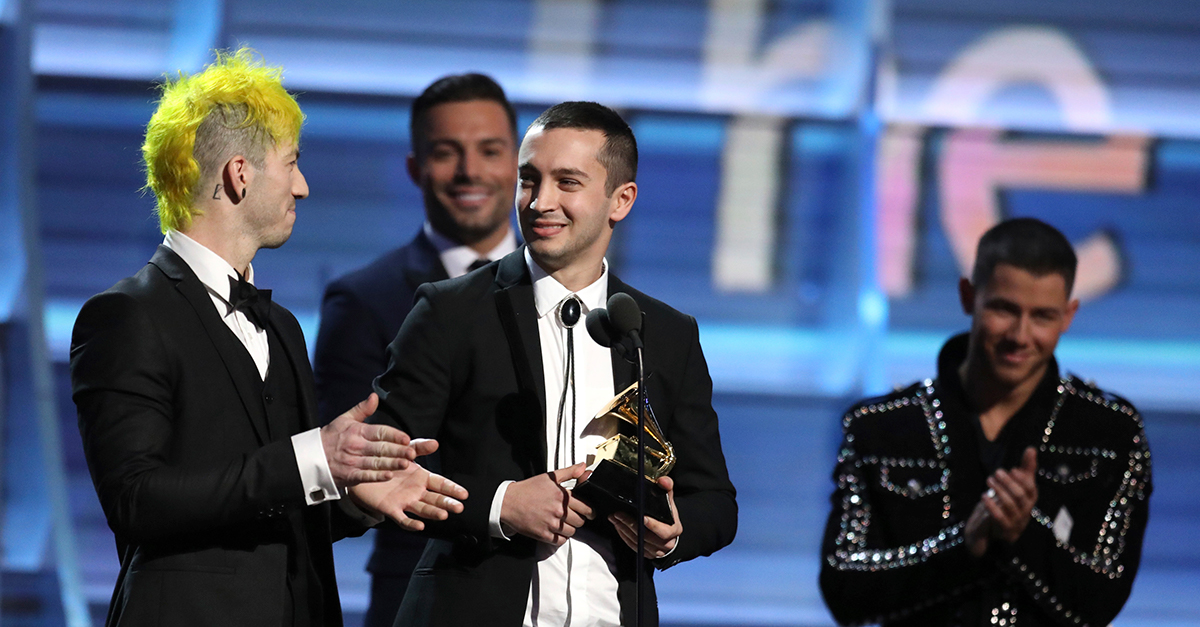