Editor’s note: This article was originally republished on October 8, 2019. It was updated on October 20, 2020, after the classic film was announced to only air on one platform this year.

The “holidays” normally reference the last three holidays before New Year’s: Halloween, Thanksgiving, Christmas. And there’s not a more fitting tradition than watching the classic Charlie Brown and the rest of the Peanut gang as they spend time together, learning valuable lessons and making timeless jokes in each heartwarming, holiday-specific episode.

This year is different, and we all know that the coronavirus has greatly affected media and entertainment. Shows aren’t able to air as easily as they used to, and movie releases have been halted or postponed. But that’s not going to stop Charlie Brown from saving and preserving holiday traditions!

Although It’s The Great Pumpkin, Charlie Brown normally airs on ABC and other cable networks, it was announced on October 19, 2020, that the Halloween special would air exclusively only on AppleTV+. You can still sign up for the free trial to watch it before Halloween, and in fact, the streaming service is offering the film free to view for all users from October 30-November 1.

So get your quarantine family/buddies together and throw a viewing party to keep the Charlie Brown traditions going strong!

We all know it is not Fall without pumpkin everything. Pumpkin coffee, pumpkin cheesecake, pumpkin seeds, pumpkin patch dates, pumpkin, pumpkin, pumpkin. It’s an unwritten rule that most of us follow because let’s face it, pumpkin is pretty tasty. Fight me on that, I dare you.

But, of course, there is one pumpkin we eagerly wait for all year round, and that’s It’s the Great Pumpkin, Charlie Brown. I don’t know about you, but Charlie Brown (along with Sally, Pig-Pen, Schroeder, and Snoopy) has been a tradition in my family since I was born. My brother and I made it our “Halloween thing” every year…besides trick-or-treating and carving jack-o-lanterns, of course. So, good news for you Charlie fans, because this year, the classic film based on the art by Charles M. Schulz will air on October 22, 2019!

But wait, it doesn’t stop there. Luckily for Charlie Brown fans, ABC has added another air date of the beloved Halloween special, airing Sunday, October 27th at 8 pm E.T on both days! Yes, it’s so good, you just have to see it twice. If you don’t have access to ABC and want your “Great Pumpkin” fix as soon as possible, you can buy a copy of the TV special for only $11.27 on Amazon!

Never seen the movie before? Well, the 1966 beloved film is family fun for all ages and includes Charlie Brown’s all-star cast. On Halloween night, Linus Van Pelt (The cute ‘peanut’ who is always carrying around his security blanket) is waiting for the arrival of the “Great Pumpkin,” which is due to show up in the town’s pumpkin patch, while Charlie Brown gets invited to a Halloween party hosted by Violet. The Great Pumpkin is a fabled holiday character, much like the Easter Bunny or Santa Claus, so not everyone believes it’s real, but Linus and Lucy still attempt to prove the pumpkin in fact exists.

It’s also where the iconic image of Snoopy as a fighter pilot makes its first appearance! Fun Fact: The image of Snoopy, “Flying Ace” became a good luck charm for NASA astronauts during the Apollo space mission, that Apollo 10 mission nicknamed the lunar module “Snoopy” and their command module “Charlie Brown.” Also, did you know the voice of Snoopy is performed by the film’s director, Bill Melendez? Yup, he continued to voice the pupper for 40 years after directing the Peanuts special! Other actors in the special include Peter Robbins, Christopher Shea, Glenn Mendelson, Ann Alteri, Gail DeFaria, Lisa DeFaria, Kathy Steinberg and Sally Dryer.

Whether you’re just watching the magical film for the first time, or you’ve loved it for decades (like me), grab yourself some snacks, and enjoy a nice spooky day in! Up next, “A Charlie Brown Christmas!”

Editors Note: This post was originally published on October 17, 2018. It was updated on October 8, 2019, after ABC announced its new Halloween Specials schedule. 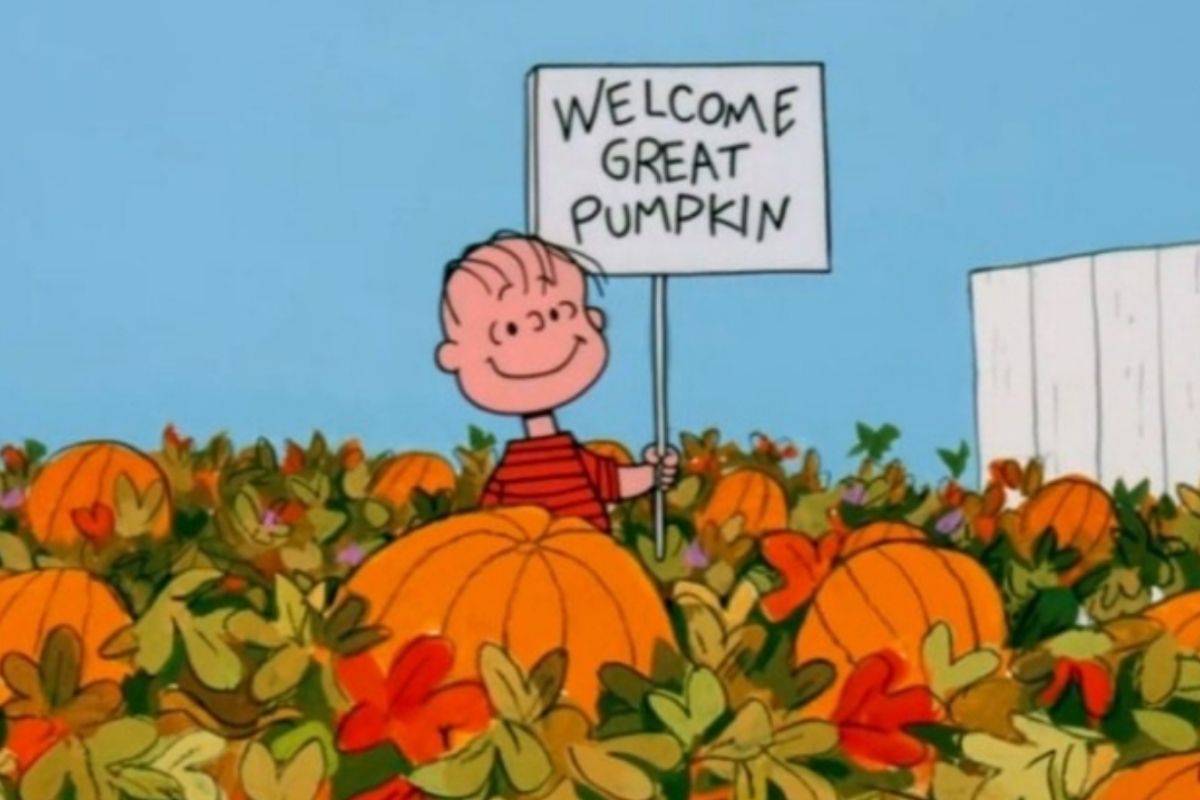