Comedians can rise faster to fame and reach greater heights than entertainers in virtually any other art medium. But, as the bad always comes with the good, many red-hot comedians gaining meteoric success are met with an even harder crash on planet Earth.

And that crash is hard. So hard, in fact, that it hurtles comedians toward self-destruction, committing suicide or succumbing to alcohol and/or drug abuse. Many of them just leave the club circuit altogether.

But with so much talk about “cancel culture” and wishy-washy “comebacks,” and more discussion about what those terms actually mean, there’s one comedian whose rise and fall over the last two decades were so clear-cut that they epitomized what a comedian shouldn’t do lest his career explode.

It was the late 1980s, and comedy was booming due to rising interest in comedians stretching — and sometimes, breaking — the institutional boundaries of entertainment set since time immemorial.

For comedians with the right amounts of talent and perseverance, the time to go onstage and strike — or strike out — was now.

Among the crush of comedians clamoring for chunks of club time was Michael Richards. The lanky, gawky physical performer had already stitched together an impressive resume: He did guest spots on TV shows like Cheers; and appearances in films ranging from Airheads (starring Brendan Fraser in his prime) to UHF with “Weird Al” Yankovic.

But thanks to Michael Richards’ gutsy career move to pass on playing the titular character in Monk, he received a far more impressive opportunity: to play Kramer on Seinfeld.

Larry David Asks Michael Richards to Be His Neighbor … Sort Of

Kramer, of course, was one of the four neighbors whose storylines provided the basis for Seinfeld. Jerry Seinfeld and Larry David openly talked about how many of the plot lines in their NBC sitcom actually happened to them in real life.

But Kramer was the proof concept. According to Sony Pictures, Larry David had an apartment neighbor, Kenny Kramer, who embodied many of the personality traits that Seinfeld writers then incorporated into his character.

Once Richards got a handle on Kenny Kramer, he incorporated the tenant’s mannerisms and eccentricities into his character.

Thus, the character of (Cosmo) Kramer was born. And Michael Richards’ performance of the character was so strong throughout the series, he stole a lot of thunder from Seinfeld’s three other leads: Jerry Seinfeld, Jason Alexander, and Julia Louis-Dreyfus.

Alas, Seinfeld ultimately had to come to an end, and the sitcom did so in May 1998.

Actors who play a character through the duration of a multi-season TV show get a hard slap in the face when the program — or the actor’s role in it — inevitably ends. When people watch an actor play the same role for 10 years, it’s a tall order to ask them to block out memories of the actor’s previous character and accept the new one.

It appears that Richards spun out a bit after the Seinfeld finale, trying to find a path for his future. Part of his exploration involved returning to comedy clubs and working out new stand-up material from the bottom up.

But, soon enough, everything he was trying to build up came tumbling down.

In November 2006, Michael Richards performed at the Laugh Factory in Hollywood. At one point during the set, he became completely unhinged and launched into an explosive three-minute racial tirade.

Needless to say, the Laugh Factory expelled Michael Richards. Meanwhile, video shot on a phone made its way onto the Internet. The incident would go on to become one of the most talked-about clips in the halcyon days of viral video.

There’s No Bringing Back the Kramer

The Laugh Factory incident really did kill Richards’ career. His old friend Larry David tried to give him another shot at coming back to comedy. He cast Richards for a small part in David’s Curb Your Enthusiasm series. But the bit — which was supposed to make light of the controversy — fell flat.

Another one of Richards’ former Seinfeld collaborators — Jerry Seinfeld himself — also tried to bring back his old friend. Richards guested in an episode of Seinfeld’s Comedians in Cars Getting Coffee series.

To end on a lighter note, Michael Richards has a son with his wife, Beth Skipp. Maybe staying away from cameras, even if it seems impossible, is probably the right move for Richards at this point.

READ MORE: “Where is The Cast of ‘Seinfeld’ Now?’” 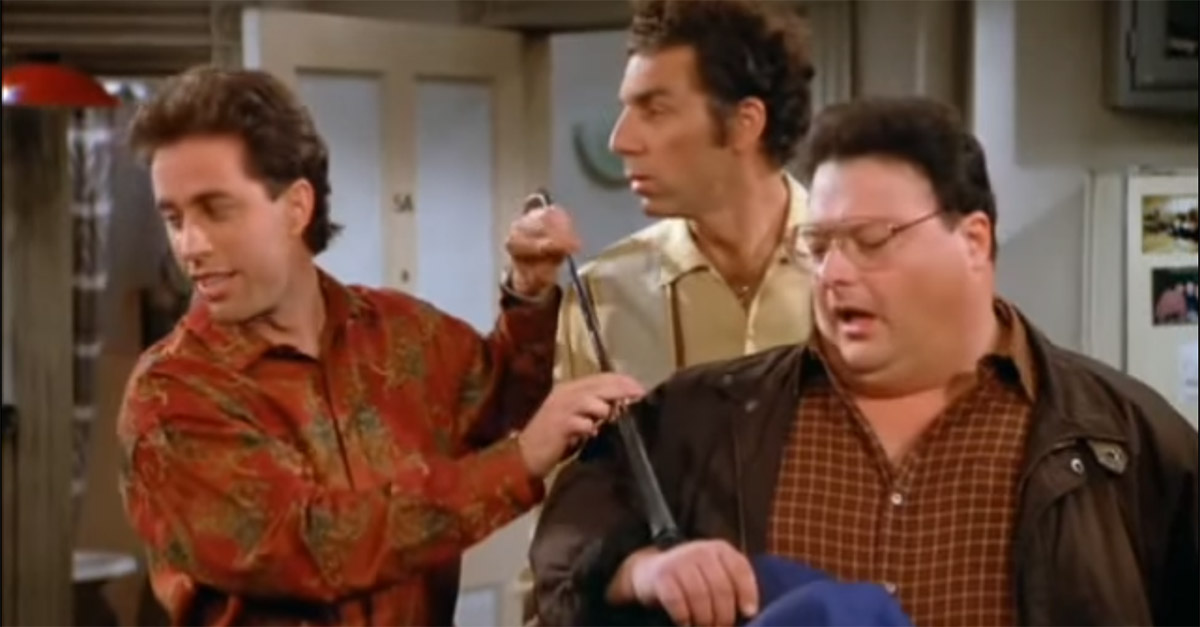