Christina Grimmie will always be remembered for her beauty and incredible talent.

During her time on “The Voice,” her talent shined so bright, she caught the attention of coach Adam Levine. In a 2014 episode of the singing competition, Levine and Grimmie performed a stunning duet to “Somebody That I Used To Know” by Gotye.

RELATED: A look back at when Christina Grimmie sang and shared her favorite song with the world

Before they took the stage, Grimmie and Levine hit the studio to rehearse their cover and it was clearly all fun and games between them.

While Grimmie sang the lyrics of the song, Levine added a little commentary and both ended up cracking up!

Levine was more than a coach to Grimmie. He was a friend and mentor and when he heard the news of her tragic death, he paid for her funeral so her parents didn’t have to worry.

RELATED: Justin Bieber absolutely lost it during his tribute to Christina Grimmie

Grimmie passed away last week after a concert in Orlando. While signing autographs for fans, she was shot and died the following day.

She was laid to rest on Friday in her hometown. 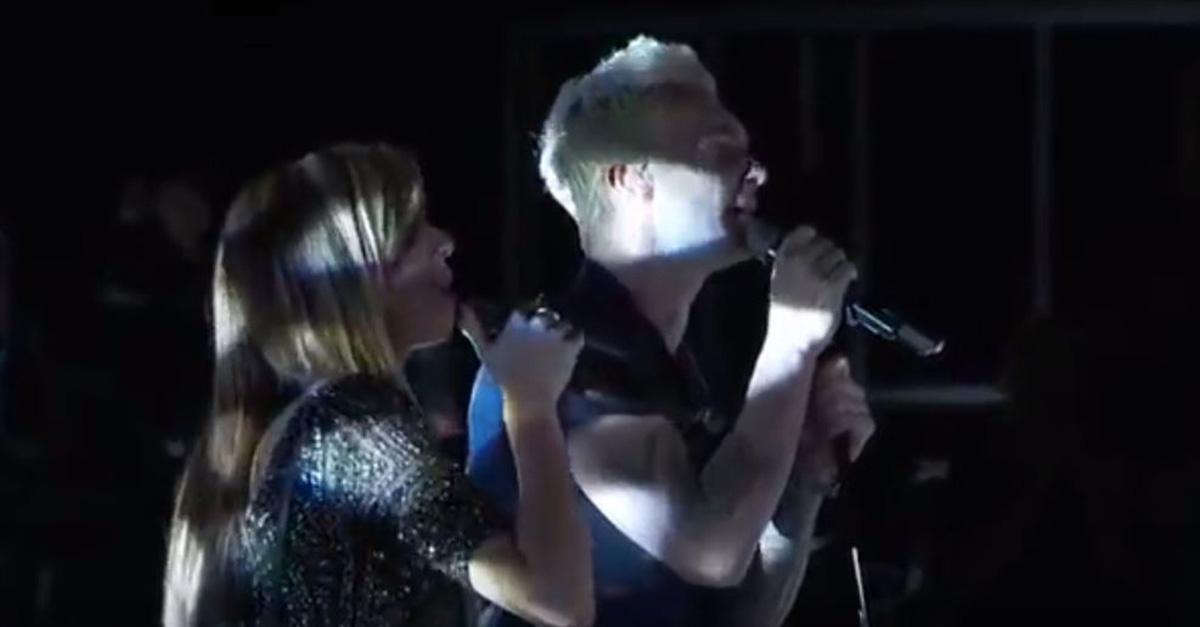