Host James Franco’s NBC’s Saturday Night Live had barely gotten started when his opening monologue was gatecrashed by a couple of old friends and a comedy genius. The Disaster Artist actor decided to forgo the topical spiel to which guest-hosts usually subject the audience. Instead, he took a few questions from audience members.

After answering a few simple queries, James became distracted by the sight of a familiar face — his long-time friend and colleague, Seth Rogen, was sitting in the audience! “I’m just here to see the show in general; I didn’t know you were hosting it. I put my name in the lottery for SNL tickets, and this was the week I got it,” Seth said. “Luckily, I’m a huge SZA fan,” he added, referencing the episode’s musical guest SZA.

At this point, another familiar face showed up, another member of Seth and James’ crew: James’s fellow Oscar nominee, Jonah Hill. Then, things got really ridiculous when James noticed comedy legend Steve Martin sitting in the balcony drinking a large soda.

“James, I want you to know, I used to stand on that very spot, right where you’re standing,” he said. “I used to host Saturday Night Live, I used to be the center of attention, and I gotta say: I resent it, just a little bit,” Steve yelled from above.

Needless to say, the Internet was absolutely thrilled with these surprise appearances. And the cameos didn’t stop there. Later in the episode, James’ younger brother and fellow co-star Dave Franco also popped up for a little family reunion in the “Reunion” skit.

Editor’s note: This article was originally published on December 10, 2017. 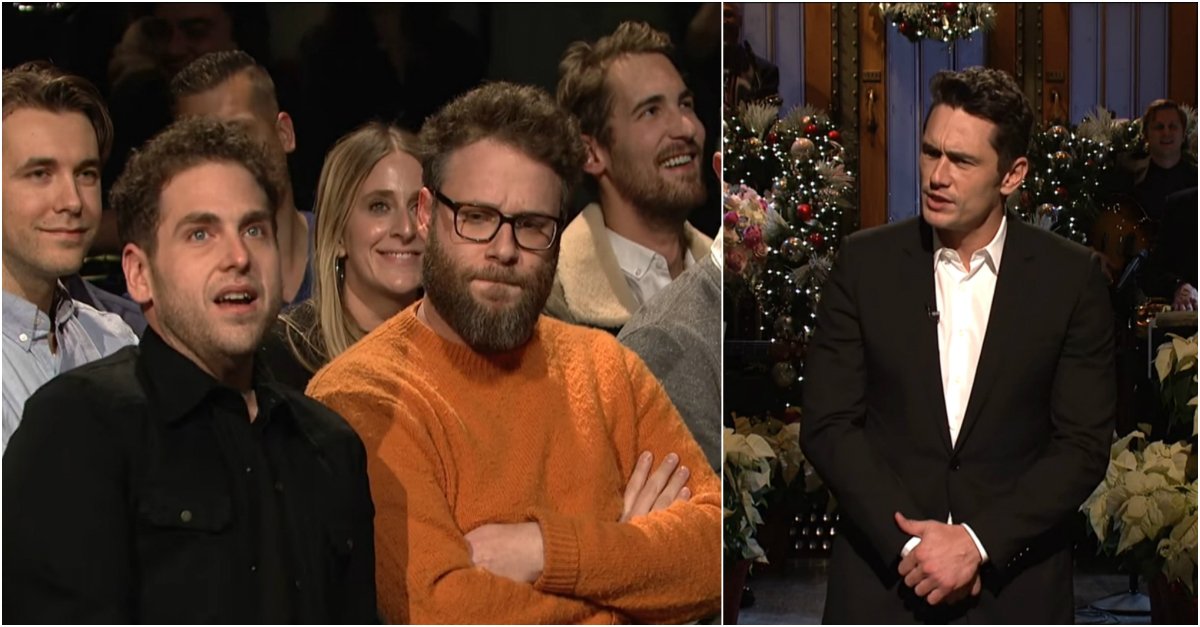