Jon Stewart got married 22 years ago, so it’s easy to forget he was ever romantically linked to anyone other than his wife, Tracey McShane. But in his heyday as a sex symbol, he almost hit it off with a celebrity of equal stature: Jennifer Aniston. As for the Friends star, the reason it’s hard to remember her date with Stewart because Aniston’s list of lovers is, uhh, quite long.

So, what spurred Jon Stewart and Jennifer Aniston to go on that date?

Stewart’s Side of the Story

The talk-show host recounted the date to Jennifer Aniston when she guested on his previous program, The Daily Show. They smiled the whole time they discussed the date, so clearly there are no hard feelings between the two.

“We went out at an Italian restaurant,” Stewart said to Aniston, who appeared skeptical the meet-up even happened. “You brought so many of your friends. And I remember thinking, well, she’s so excited to be on a date with me, she wants me to get to know her posse.”

Jennifer Aniston took a few seconds before replying, “That’s really sad.” Stewart and members of the audience at the Daily Show taping chuckled at her comment.

Aniston’s Side of the Story

Jennifer Aniston recalled the date much differently than Jon Stewart.

“If I remember correctly, wasn’t it sort of like, ‘Hey, a group of us are going out, do you want to join?’” she asked, according to People.

Thus, the two celebrities agreed to disagree and appeared to enjoy each other’s company. To boot, Jon Stewart proved his credentials as a good guy.

“You were lovely then and lovely now,” he said at the end of the interview. 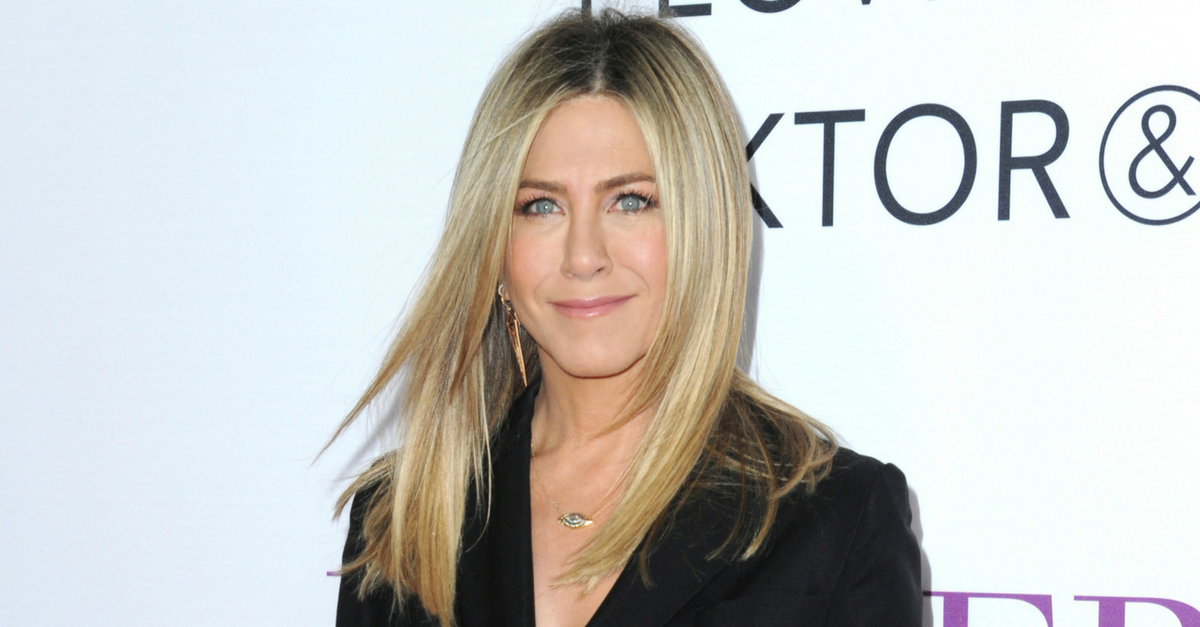