#Oscars: Watch @LadyGaga perform 'Til It Happens to You', up for Best Original Song tonight https://t.co/cv45ZqaBaE https://t.co/dXWQvkAOvC

Lady Gaga performed a gorgeous rendition of her Oscar-nominated song, “Til It Happens To You,” from the film, “The Hunting Ground” on Sunday Night at the 88th Annual Academy Awards.

“Despite significant progress over the last few years, too many women and men on and off college campuses are still victims of sexual abuse. And, tonight, I’m asking you to join millions of Americans including me, President Obama, the thousands of students I have met on college campuses and the artist here to take the pledge. A pledge that says, ‘I will intervene in situations wehn consent has not or cannot be given,'” the Vice President said. “We must and we can change the culture so that no abused woman or man, like the survivors you see tonight, never have to ask themselves, ‘what did I do?’ They did nothing wrong!”

He encouraged viewers to take the pledge at ItsOnUs.org and introduced Lady Gaga.

She stunned the audience as she played the piano onstage and sang a song that means so much to her. She shared her stage with victims of sexual abuse, who stood proudly as she sang. In the end, the entire audience stood for an applause. Everyone that night felt the raw emotion of this performance and there was not a dry eye in sight.

Gaga has been vocal about her experience as a sexual assault victim. In 2014, she revealed that she was sexually assaulted by a man 20 years her senior on The Howard Stern Show. She opened up about the initial denial she felt afterwards and how it took her years to finally accept what had happened to her.

“It didn’t affect me as much right after as it did about four or five years later,” she said. “It hit me so hard. I was so traumatized by it that I was like, ‘Just keep going,’ because I just had to get out of there.”

Before the show, Gaga tweeted an inspirational message from her good friend Kesha.

.@kesharose I'll be thinking of u 2nite. This is not over we'll stand by u until you are free to live a HAPPY life. Everyone deserves that.

This performance was incredibly moving and she is so brave for sharing her experience with the world. 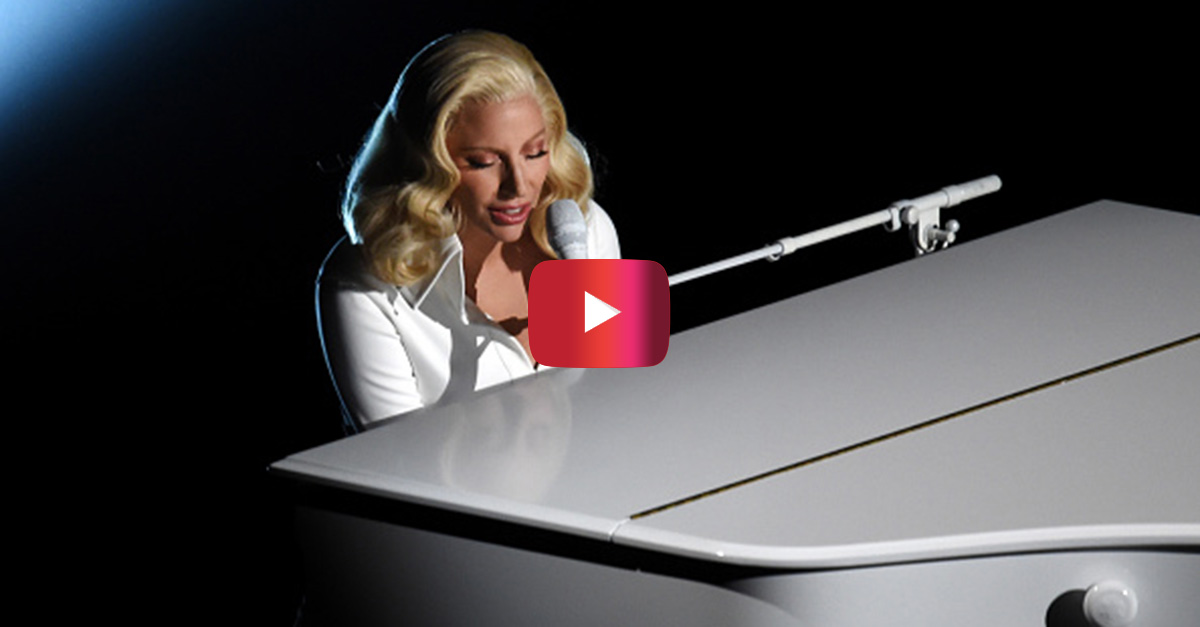