In January 2016 a video hit the Internet that has since gone viral that shows what happens when wrestling becomes real.

The video shows wrestlers HHH (Paul Levesque) and Stone Cold Steve Austin (Steve Anderson) battling it out in Berlin, Germany in the spring of 1998.

While the two wrestlers fight, a fan jumps into the ring to go after Austin, and HHH gets to him first.

“Back in the day when you jumped in the ring you would get your ass handed to you,” Austin said while recalling the incident in a 2013 episode of his podcast.

Austin described the brutal moment while talking about HHH and explaining that he was a “stand up cat.”

“Triple H, stand-up cat, he picked that dude up, slammed him and started punching his lights out,” Austin said.

“I couldn’t do anything. I couldn’t help beat the guy up. I’m the babyface (good guy).

RELATED: How former WWE star Chyna died will leave you sick to your stomach

“But Triple H was watching my back, and he beat the snot out of that guy… The thing about it is when you pay your money to come into that building, you’ve earned the right to voice your opinion. Cheer, boo, do whatever to the wrestlers, and we expect that.”

According to Austin, after the match he had an encounter with the fan, though he didn’t assault him.

Austin explained that he had a “come to Jesus” moment with the fan and made sure he never did anything so stupid ever again.

YouTuber Wrestling Revolution subsequently synched up the audio of Austin’s podcast with the video from the fight.

The original video was uploaded by YouTuber groundunder who implored people to share the video.

According to groundunder, he was at the match and had permission to film. 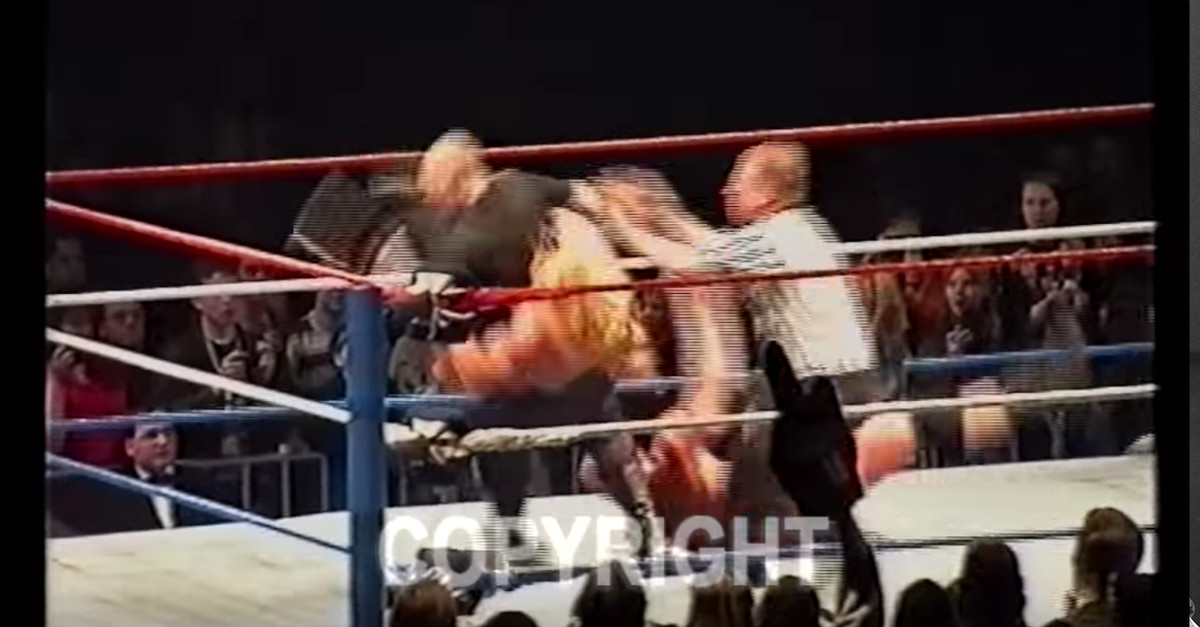