The Fox sitcom Married…with Children ran for 11 seasons over the span of a decade in the late ’80s and ’90s. The show focused on the suburban life of the Bundy family in Chicago consisting of Al Bundy, Peggy Bundy, Kelly, and Budrick Bundy. Here is what the Bundy family has been up to since the show’s final episode in 1997.

Ed O’Neill is the father of the family. Al Bundy was an ex-football star working as a women’s shoe salesman for an “ungrateful family.” Since the show’s end, O’Neill had a few small roles in Big Apple, John from Cincinnati, as well as an unsuccessful attempt to relaunch Dragnet. His biggest role to date is Jay Pritchett on ABC’s Modern Family sitcom.

It’s a similar role as a dad, but he’s having a better time now!

Katey Sagal played opposite of O’Neill as Mrs. Peg Bundy. She’s landed lots of bit shows in traditional acting as well as voice acting. The main was voicing Turanga Leela on Futurama. She’s worked on 8 Simple Rules and later worked on the extremely successful Sons of Anarchy. If you’re familiar with the show, she is in another matriarch role, Gemma Teller Morrow.

The show, on FX is created by her husband, Kurt Sutter. Regardless, the show was nominated for nine awards! Sagal won both a Prism Award for her work as well as a Golden Globe. Fans got to see a different side of her in Pitch Perfect 2, where she played a Bella’s mom.

The oldest child of the Bundy Family, the blonde stereotype, Kelly Bundy was portrayed by Christina Applegate. The actress was much more than her simple, materialistic teenage character. Her career has expanded to encompass both TV and film roles.

She is best known for Anchorman: The Legend of Ron Burgondy, The Sweetest Thing, and Alvin & the Chipmunks. In her personal life, she fought breast cancer for five years and had a double mastectomy. She is now cancer-free and runs a screening organization for women, Right Action for Women.

Budrick “Bud” Franklin Bundy, known better as “Bud Bundy” was played by David Faustino. His character was the youngest and brightest of the Bundy family. For the most part, he had ventured more into guest appearances and reality tv, not quite shedding his character’s image.

His guest appearances consist of MADtv, Entourage, and Burke’s Law. In reality TV he’s also participated in Celebrity Boot Camp. Faustino has also done voice acting for Winx Club and The Legend of Korra. He produced his own show, Star-ving, a show loosely based on his life.

Marcy Rhoades later Marcy D’Arcy is the Bundy’s next-door neighbor. She is Peggy’s best friend and Al’s greatest enemy. Unlike other members of Married… with Children she has spent more of her time behind the camera. During Married… with Children, she directed 30 episodes. Her other directing titles include episodes of Reba, Malcolm & Eddie, Dharma & Greg. 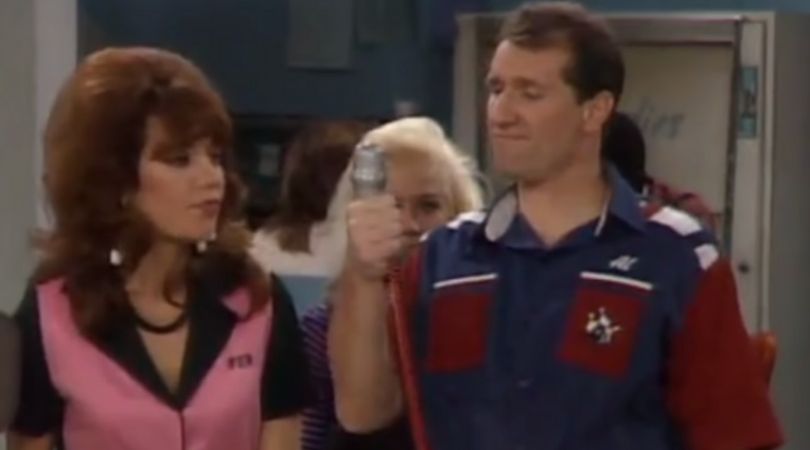