Maya Rudolph once felt “humiliated” by David Letterman. In an article published by WSJ Magazine, Rudolph reminisced about her time on The Late Show With David Letterman. Letterman said her name wrong, and at the time she didn’t know how to respond.

“I did not have a good time,” Rudolph admitted. “He said my name wrong, and I just sat there, like, I grew up my whole life in love with you. And now my heart is broken. And I’m sitting here embarrassed and humiliated.”

Letterman later acknowledged his faux paus. “I’m sorry that I mispronounced your name,” he said. “I’m just a boob, there’s no excuse for it, and from the bottom of my heart, I sincerely apologize.”

It was 2009 and Rudolph was promoting her film Away We Go. While one might think that the Saturday Night Live actress wouldn’t have a problem with improvisation on Letterman’s show, she’s previously opened up about her insecurities.

Maya Rudolph and Her Armor

In a June story published by The Hollywood Reporter, she was described as being terrified by three things: “lack widow spiders, stand-up comedy and walking into a roomful of people she doesn’t already know and having to introduce herself.” Again, it may make you scratch your head. The Bridesmaids star and 4-time Emmy Award winner is a genius comedian.

But Rudolph explained this dichotomy to WSJ. There’s a difference for her, between the “public-facing parts of her job” and the part where she gets to wear wigs and make people laugh. The interviews, perhaps because they relate to a form of introducing oneself to the world, would cause her to retreat.

“I would always feel like someone was stealing my soul,” she told WSJ. “That’s where, over the years, I created a persona to protect myself.”

This sentiment was echoed in Rudolph’s THR interview. “Deep down, it’s probably all those years of living with tragedy on my forehead,” she said about her mother, who passed away when she was only 7 years old. So, Rudolph found a way to self-express while simultaneously creating an invisible set of armor. Hard for people to tell because her self-expression is always so impressive. There was fashion, growing up, and then the characters she plays.

“I think the armor has done me some good because I don’t want to be a person who has nothing left for myself,” she said. “I enjoy the armor.”

In a way, Maya Rudolph’s “armor” as creative self-expression is the ultimate transmutation. She took pain, fear, and insecurity and found a way to transform it into its polar opposite.

On Vulnerability, Empathy, and Putting Smiles on People’s Faces

Even her characters are a kind of healer. Saturday Night Live producer Lorne Michaels told THR that “she’s not going to leave a stage without the audience happier than they were even 20 minutes before.” WSJ calls it an “impulse towards empathy.”

Rudolph herself has also said that, for her, comedy doesn’t feel right if it tears someone apart. Referring to the TV series Loot, which at one point was supposed to mirror Jeff Bezos’ divorce, she steered in a kinder direction.

“The show was never about raking any one person over the coals,” said Rudolph to WSJ. “I’ve never personally been interested in scathing comedy. It doesn’t sit right in my body, and it doesn’t work for me, and I learned through experience that I’m funnier when I find something funny. When I’m not feeling that, it feels like a lie.”

Maybe that’s why we all love Maya Rudolph so much. She’s real. She’s vulnerable. And she’s not afraid to admit that she’s vulnerable. On top of it all, she has a deep awareness of how her own actions make other people feel, and she incorporates that empathy into her work.

Maya Rudolph also knows the importance of life balance. A mother of four, she told WSJ that she won’t put work before family to the detriment of her emotional life.

“Believe me, I am not a Pollyanna who’s like, I smile all day, every day. I get stressed out, I get pissed off, but I learned I could make a choice for myself, and it’s liberating,” she said. “Maybe people who’ve worked as long as I have make other choices and have nicer cars. I don’t know, but it’s so important for me to [try to] have that balance.”

That in itself is impressive when you take a look at all the work Rudolph has done in the industry. She has 112 acting credits to her name on top of 10 producer credits and many more for soundtracks. The daughter of a famous soul singer, Minnie Riperton, and a famous composer, Richard Rudolph, her early influences obviously helped create a multi-faceted woman.

What’s more, her kids love performing, too! In June, Rudolph told People that her kids put on shows at home.

“We have a lot of living room shows, but I’m usually told to sit down and watch!” she said.

“They’ll dance to anything,” she added. “They’re natural hams.” 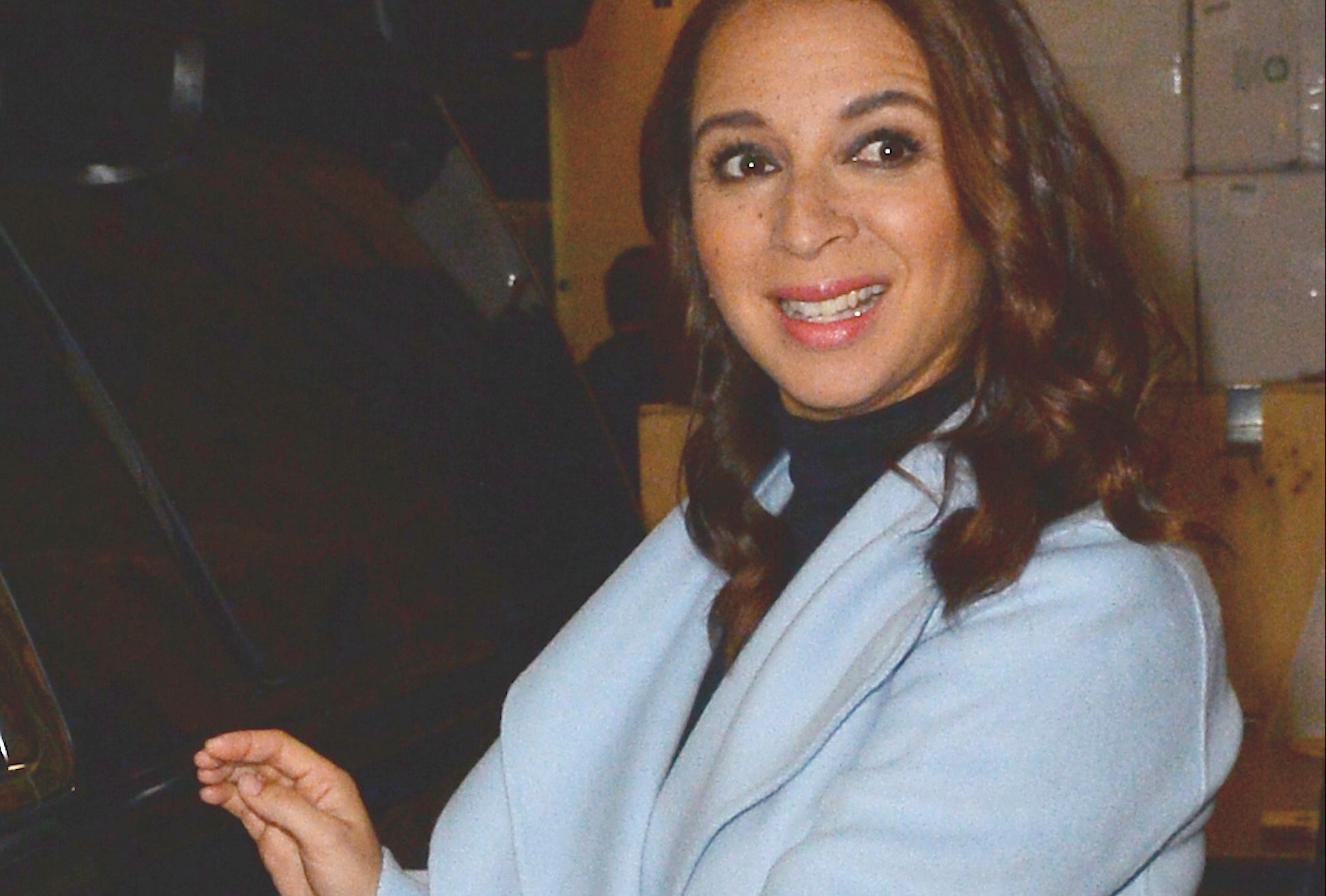