Like Amanda Seyfried, her husband Thomas Sadoski also has a knack for pacing herself in Hollywood. That might explain why they don’t seem to burn out as parents working in the entertainment industry.

Here’s a closer look at Seyfried’s and Sadoski’s careers, as well as their romance.

Seyfried started her career as a model at age 11. Next, she moved on to soap operas. She became well-known with the release of Mean Girls in 2004.

The starlet was nominated for an Oscar for her small role in Netflix’s 2020 release Mank. On the day Seyfried earned the nomination, the creators of the miniseries The Dropout tapped her for a starring role.

On her own fame, Seyfried acknowledges her own but knows she’s handled it well.

“I’ve never been super-famous,” she told Marie Claire in an interview earlier this year. “I’ve always been somewhat recognizable. It’s been the healthiest trajectory… not a scary spike. I have my priorities. I know who I am. … It means that I’m getting to do what I love.”

Thomas Sadoski, now 46, started his acting career working as an understudy for Mark Ruffalo for a production of This Is Our Youth on Broadway.

Sadoski is probably best known for his role as a main cast member in the Aaron Sorkin series The Newsroom. It aired for three seasons on HBO.

He held the same title in Life in Pieces, a sitcom that lasted a bit longer: 79 episodes of the program aired from September 2015 to June 2019.

After that, Sadoski appeared in the film The Last Word. Seyfried had a more prominent co-starring role in the 2017 comedy-drama.

All in all, Thomas Sadoski’s career is weighted more heavily toward theater. That said, he also appeared in Law & Order and a bunch of its spinoffs.

Seyfried and Sadoski Build a Family

Seyfried and Sadoski married in a private ceremony in March 2017. They have a daughter and a son.

Seyfried, 37, tries to avoid tabloids and being too well-known. She bought a farm in the Catskills in 2013 so she could escape to peace and quiet. (You can see the beautiful photos on her Instagram).

And while Seyfried hopes that her daughter will one day find the same passion for acting that she herself has, she’s not in any hurry. In fact, she doesn’t show her children’s faces online and she keeps their names private.

Further, she also doesn’t want publications to describe their looks. Privacy is important to her family and she knows that’s helped her own sanity. 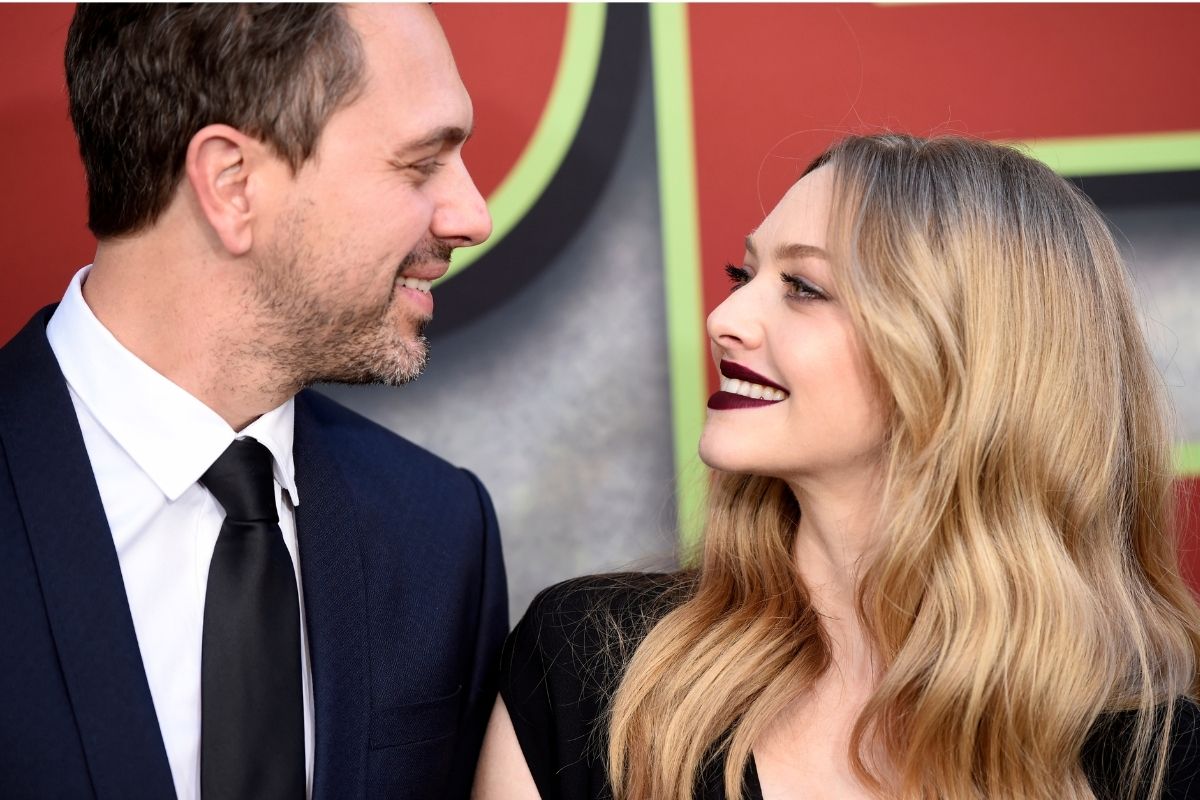