Some GIFs are so iconic that the average millennial or Gen Zer can imagine them merely by reading a description. The Michael Jackson eating popcorn GIF is one of those GIFs. Of course, the musician is known all over the world for his amazing dancing, singing, and songwriting skills. But the iconic pop star is also known for his amazing GIF.

What Exactly Is a GIF?

Alright, so for those of you who have no idea what a Gif is, it’s simple, it is a way one can express their emotions without words. For the uninitiated, a GIF (pronounced “gif” or sometimes “jiff”), in simplest terms, is an animated image. GIFs often use funny pictures and other pics to communicate jokes, emotions, and ideas. You can find GIFs on platforms like Giphy and Imgur, or try your hand at making your own using a meme generator. These are usually popular among people texting to showcase their mood or their attitude toward a situation. It’s genius, truly is. Technology scares me nowadays.

Now, back to the point of all of this. The MJ meme.. You know the one: It’s that shot from the start of the Thriller music video when the King of Pop is eating popcorn at a movie theater with this mischievous grin on his face.

According to Know Your Meme, the iconic GIFs started circulating the internet circa 2007.

Since then, it’s become synonymous with heated debates or arguments. As one of the top trending reaction GIFs, the Michael Jackson-eating popcorn meme can be spotted on subreddits and comment threads across the web. Usually, after someone makes a trolling comment that sparks a storm of passionate comments from other users.  The MJ meme has inspired its own line of “eating popcorn” remake GIFs featuring the likes of George Costanza, John Stewart, and Bill Hader. In fact, there’s even an entire database dedicated to eating popcorn GIFs: “popcorn.gif”.

We’ll leave you with this question: Just as we study paleolithic peoples and ancient Egyptians using their cave paintings and hieroglyphics, will future civilizations one day look back and judge us by our GIFs? If they do, we can only imagine they’ll infer two things. We’re fans of Michael Jackson’s music and we really like popcorn. And that will be fine because both are true. 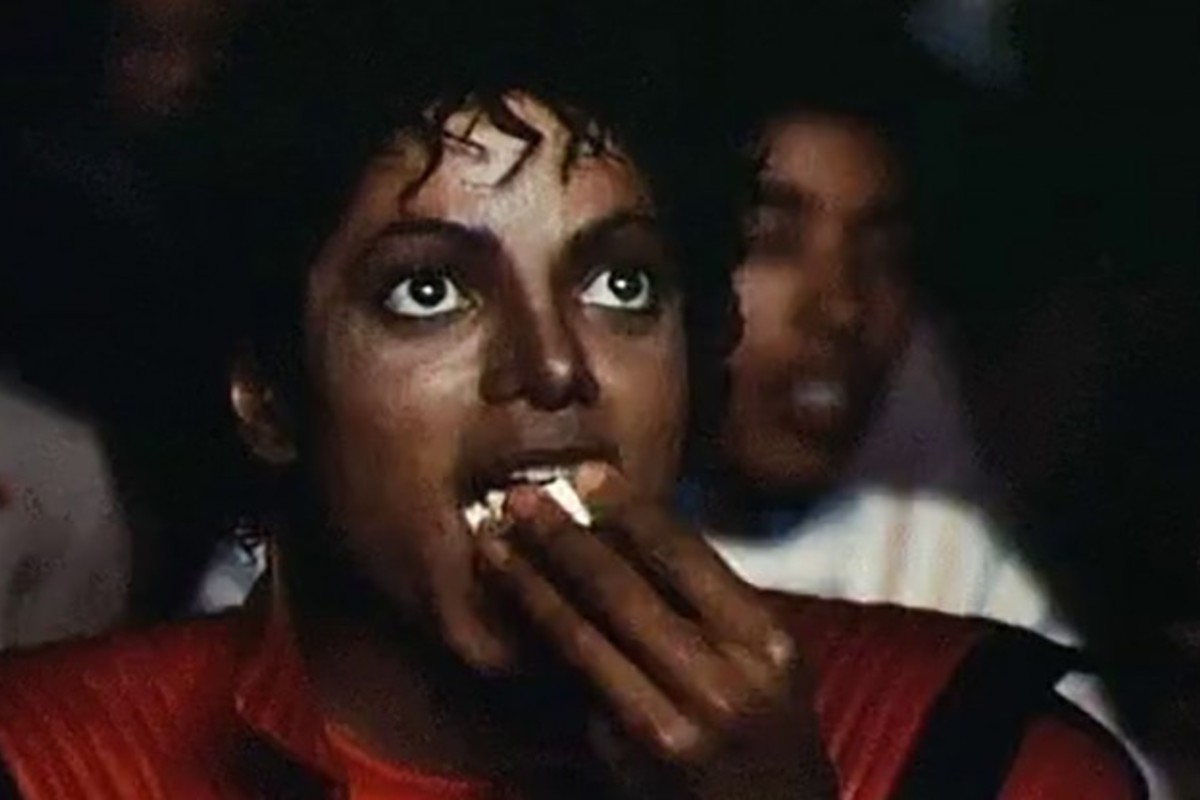