With the Academy Awards coming on Sunday night, Best Picture will be a compelling contest as favorite La La Land tries to hold off the field, including Manchester by the Sea, Hacksaw Ridge, Fences and Hidden Figures.

Here is a look back at the last five Best Picture winners.

Plot: The true story of how the Boston Globe uncovered the massive scandal of child molestation and cover-up within the local Catholic archdiocese, shaking the entire Catholic Church to its core.

Other awards: Won the Oscar and BAFTA for Best Screenplay, Screen Actors Guild Award for Best Cast, and more than 100 other awards

Trivia: Although the movie never mentions it, the Boston Globe won the 2003 Pulitzer Prize in Public Service for the Spotlight reporting team’s articles on the church sex abuse cover-up. The prize citation read, “For its courageous, comprehensive coverage of sexual abuse by priests, an effort that pierced secrecy, stirred local, national and international reaction and produced changes in the Roman Catholic Church.”

Also, this is the first Best Picture winner since The Greatest Show on Earth (1952) to win only two Oscars.

2015: Birdman (or the Unexpected Value of Ignorance)

Plot: Illustrated upon the progress of his latest Broadway play, a former popular actor’s struggle to cope with his current life as a wasted actor is shown.

Trivia: The movie was the first winner that was shot entirely digitally. Every winner before this had been shot at least partially on film. It’s also the first Best Picture winner to have parentheses in its title.

Keaton’s Birdman costume was modeled using a mannequin from when he played Batman (1989).

Plot: In the antebellum United States, Solomon Northup, a free black man from upstate New York, is abducted and sold into slavery.

Other awards: 12 Years won Best Picture at the Golden Globes and the BAFTA awards as well. In her film debut, Lupita Nyong’o won the Oscar and Screen Actors Guild Award for Best Supporting Actress, and the film also won the Oscar for Best Adapted Screenplay. Chiwetel Ejiofor won Best Actor at the BAFTA Awards.

Trivia: Before filming brutal scenes together, Lupita Nyong’o and Michael Fassbender performed a ritual of “making nice.” According to Nyong’o, “We wouldn’t say anything to each other, just a look in the eye and a grasping of hands. Our characters are in such opposition, but we as actors needed each other in order to be able to go the distance.”

It was also the first Best Picture Oscar winner with Arabic numerals in the title, rather than Roman numerals or a spelled-out number.

Plot: Acting under the cover of a Hollywood producer scouting a location for a science fiction film, a CIA agent launches a dangerous operation to rescue six Americans in Tehran during the U.S. hostage crisis in Iran in 1980.

Other awards: In addition to the Best Picture Oscar, Argo also won Best Adapted Screenplay and Best Editing. It also won Best Picture and Ben Affleck won Best Director at the Golden Globes and BAFTA. The Screen Actors Guild gave it the Outstanding Performance by a Cast award.

Trivia: Affleck, a longtime Led Zeppelin fan, admitted he was desperate to use the track “When the Levee Breaks” (from Led Zeppelin IV). The band allowed the usage, but Affleck needed to make a very specific change. The scene featuring the song was originally shot with actor Tate Donovan placing the record needle on the beginning of the album, which was wrong: “When the Levee Breaks” is actually the last song on the second side of the album. Affleck later told the Los Angeles Times he appreciated the band’s attention to detail, despite having to pay for another shoot.

Plot: A silent movie star meets a young dancer, but the arrival of talking pictures sends their careers in opposite directions.

Other awards: The Artist won four other Oscars, including Best Actor for Jean Dujardin and Best Director for Michel Hazanavicius. Dujardin also won the Golden Globe and Screen Actors Guild award for Best Actor. The film won more than 140 other awards. 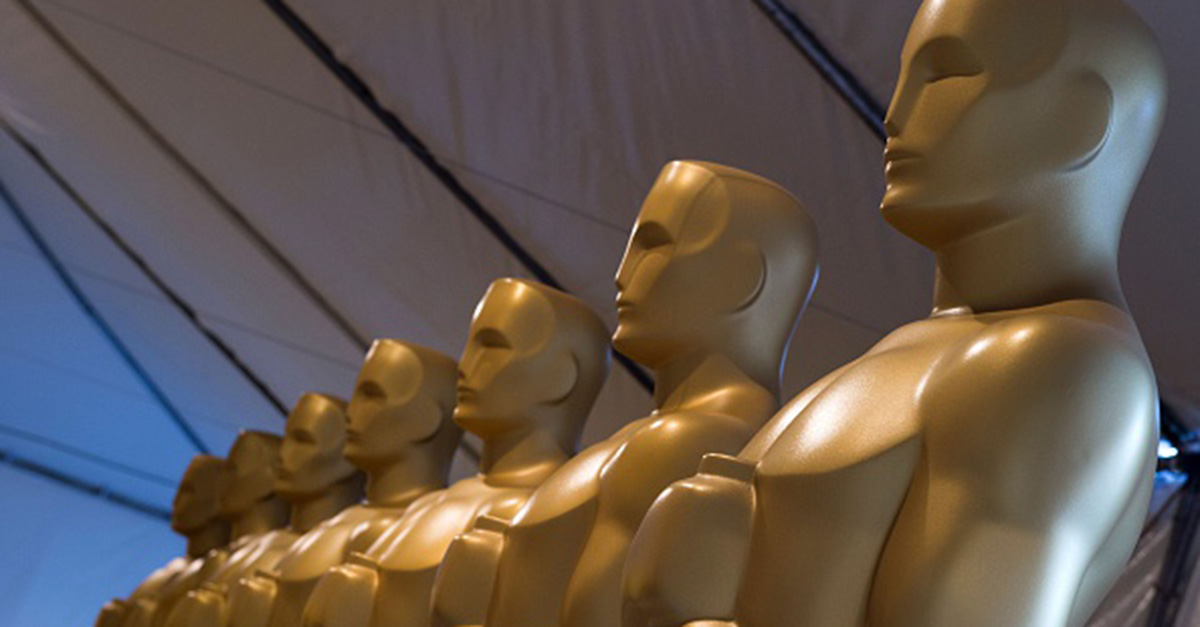