What’s not to love about Pierce Brosnan?

To some, he made for a great James Bond when he played the spy before Daniel Craig took over. To his detractors, Brosnan proved to be the rare British actor capable of laughing off criticism (with Hugh Grant being one of the few others).

Speaking of which, the actor has a knack for turning up in the most unlikely movies. From disaster flicks like Dante’s Peak to the two jukebox romcom Mamma Mia! movies to the comedy crime vehicle The Matador, which earned him a pile of awards, Brosnan has done it all.

He’s even one of the latest A-list actors to dip his toes into superhero waters, acing alongside Dwayne Johnson in the next D.C. Comics movie, Black Adam. He plays Doctor Fate, a sorcerer who wears a magical helmet.

But Brosnan’s career hasn’t gone as smoothly as his enviable head of hair.

Way before the Marvel Cinematic Universe became the most reliable billion-dollar blockbuster behemoth at the box office, even before Hugh Jackman and the X-Men rekindled interest in superhero movies, Tim Burton took a gamble with Batman in 1989.

Despite initial protests from fans, Michael Keaton famously played the Caped Crusader — and, even today, continues to get praise for his against-type take on the character.

But also in the running for the role, which many forget, was Pierce Brosnan. In August 2014, the actor revealed in an Ask Me Anything session on Reddit that he passed on the chance to play Batman because he couldn’t take the role seriously.

As The Guardian reported, Brosnan affirmed the long-running rumor.

“I went and met with Tim Burton for the role of Batman,” he admitted. “But I just couldn’t really take it seriously, any man who wears his underpants outside his pants just cannot be taken seriously. That was my foolish take on it. It was a joke, I thought. But how wrong was I? Don’t get me wrong, because I love Batman, and I grew up on Batman. As a kid in Ireland, we used to get our raincoats and tie them round our neck and swing through the bicycle shed …”

Given that superhero movies were indeed considered low-brow fare after, say, the first couple of Superman movies, Brosnan made an understandable, sensible decision. But because the media doesn’t always abide by the idea that hindsight is 20/20, Brosnan kept getting dogged about his decision — even in recent years.

For example, Variety asked him once again, in October 2022, about brushing off the Batman role: “I remember saying something stupid to Tim Burton, I said, ‘You know I can’t understand any man who would wear his underpants outside his trousers.’ But there you go…the best man got the job, and you know Doctor Fate and I were meant to meet on the same page I think.”

Brosnan, 69, further addressed the Batman debacle on The Tonight Show Starring Jimmy Fallon around the same time as the Variety interview.

“It was the last thing on my mind to be playing a superhero like Doctor Fate,” Brosnan admitted.

Fallon then segued into asking Brosnan whether he ever envisioned himself playing a superhero — which, naturally, led to a revisiting of Batman.

“I went up for Batman way back in the day, when Tim Burton was doing it,” Brosnan recalled. “Obviously I didn’t get the job … I remember saying something stupid to Tim Burton, like, ‘I can’t imagine any man who would wear his underpants outside his trousers. … But there you go, the best man got the job.”

Indeed, 2022 is turning out to be another year revolving around Batman. Robert Pattison’s first foray into the character is one of the top-grossing movies of the year.

Another headline, however, was a big bummer for Batman fans: Michael Keaton’s hugely anticipated return to the role got canned. Warner Bros. executives canceled — or at least tabled — the new Batgirl movie, in which Keaton would appear.

There’s no need for them to reach for the Kleenex, though. As always, Batman — who, along with Spider-Man and Superman are the three most ubiquitous superheroes — will be back.

Already, The Batman will get at least two sequels and a pair of spinoff TV shows that HBO Max is currently developing.

As for Black Adam and the fate of Pierce Brosnan’s role in the movie — or series? — we’ll have to wait and see how it does when the film hits the box office on October 21. 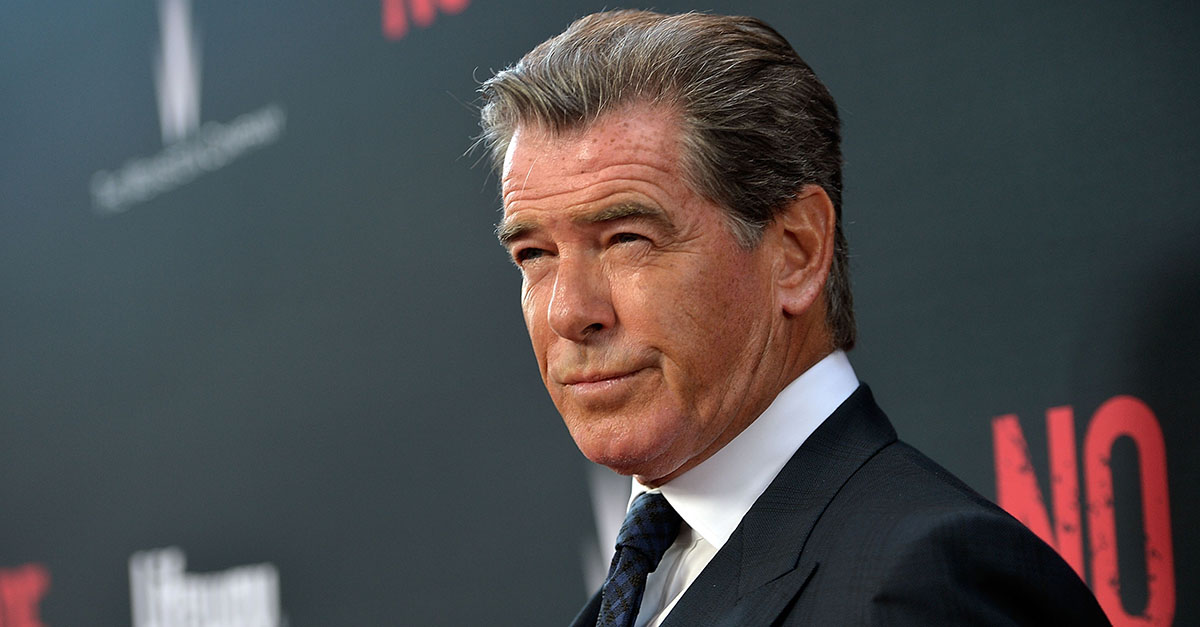