Blitz is a pit bull and the proud canine pet of Dallas Cowboys wide receiver Lucky Whitehead. The grey dog was proudly featured on Whitehead’s social media accounts as his best canine friend.

RELATED: A pit bull named Brynneth Pawltro was elected mayor of a town in Kentucky

On Sunday, Whitehead found himself in a terrible situation when it was discovered that Blitz was stolen.

” […] it’s very heartbreaking to say that Blitz has been stolen from my home last Sunday,” Whitehead wrote on Instagram. “While out of town, Blitz was being taken care of by a close friend at my house and someone broke in and took him.”

Whitehead also said he had been contacted numerous times for ransom money.

But then, the story took a turn when local Dallas rapper Boogotti Kasino ended up with the dog after buying him from someone for $20,000.

Boogotti was allegedly unaware that the pup was stolen, and promptly returned him to his rightful owner.

RELATED: A teen was tragically killed when he was hit by bullet meant for a pit bull

Now Whitehead and Blitz are reunited, and they can hopefully put this dark time behind them. 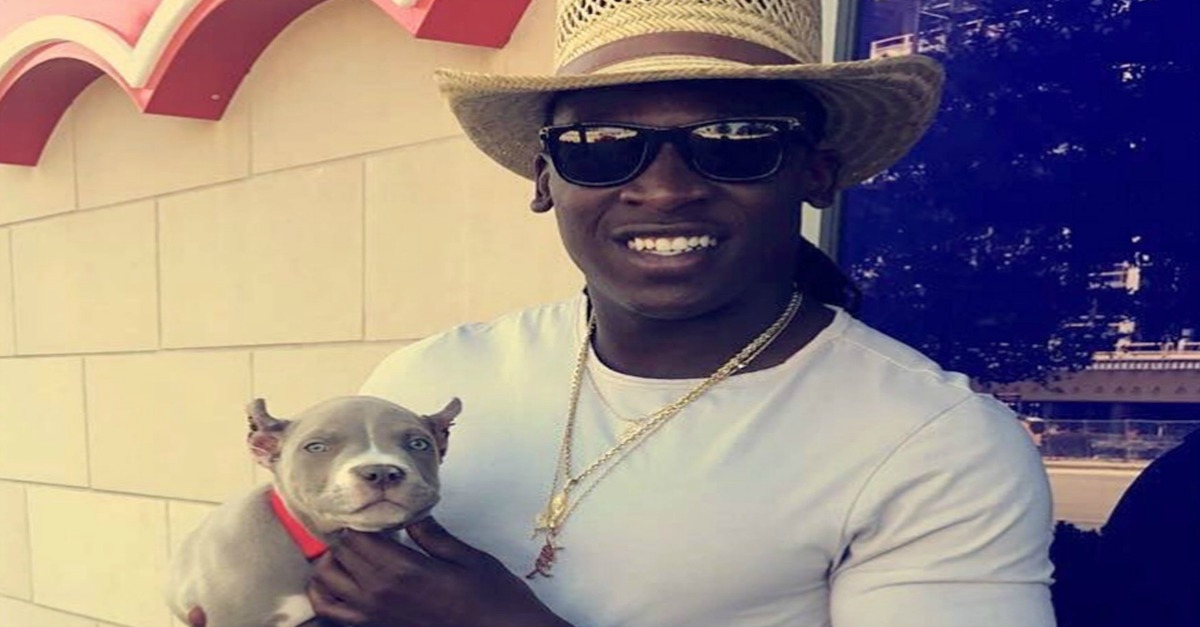