Daisy Mae the dog disappeared after a serious car accident along the George Bush Turnpike, north of Dallas.

RELATED: This is how your dog’s vision is different from yours

When the car she was riding in was hit by an 18-wheeler on the freeway, the dog fled the wreckage — and no one knew where she was.

Five days later, volunteers from Mutts and Mayhem Animal Rescue found the injured lab/retriever mix not too far away from where the accident occurred. She had to have surgery, but she got back on her feet.

But now, the dog — and her owner, Erica Cruz, who was also injured in the wreck — have been honored by the city of Plano. Cruz and the volunteers who rescued Daisy were lauded recently at the Plano Municipal Center.

RELATED: Enraged woman flips out on a veteran for bringing his PTSD dog into a restaurant

And what else do you give a dog?

City Council recognized the helpers who saved Daisy the dog after a car crash. Daisy received the first "Bone" to the city 🐶😊 #LovePlano pic.twitter.com/A9umMqK2Rf 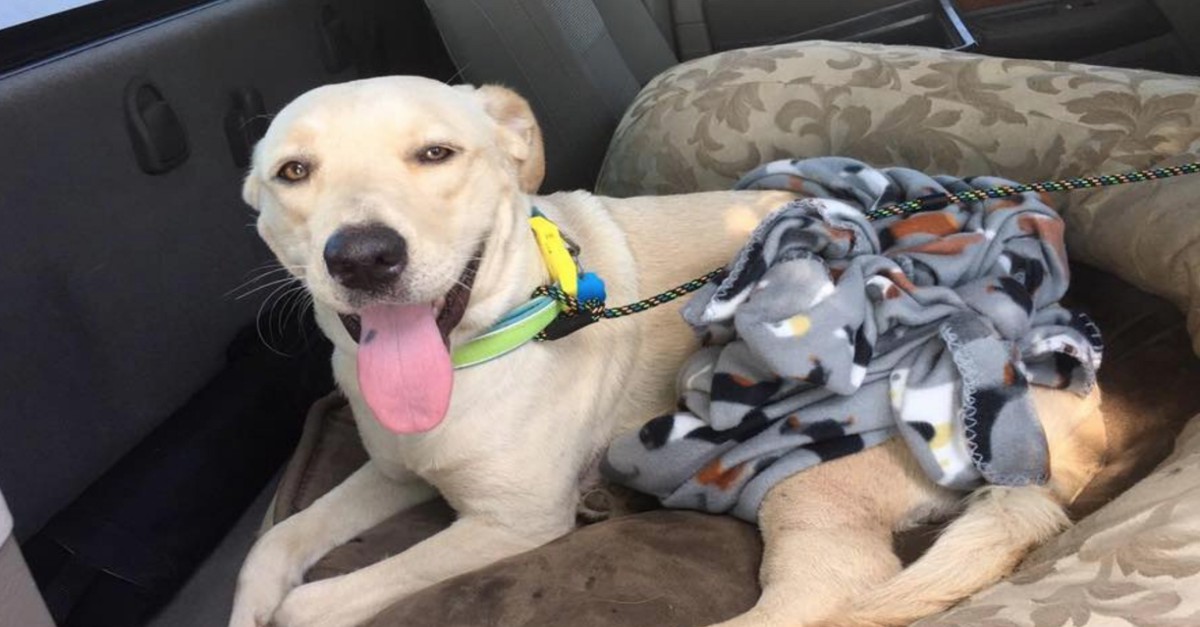