Menu
Follow us
Search
Menu
Search
"We CUT OPEN a Rattlesnake Rattle to see what’s inside!! Rattlesnakes are dangerous reptiles that can have a lethal bite, luckily for us this one was not alive. We learned a lot about Rattlesnakes in making this video and hope you enjoy it. We post a new video EVERY WEEK, so, if you liked this video and want more like this then SUBSCRIBE and COMMENT on what you want to see next! Follow us on Twitter: https://twitter.com/whatsinside Follow us on Instagram: https://instagram.com/whatsinside Like us on Facebook: https://www.facebook.com/whatsinsidet... Filmed in 4k on this camera: http://amzn.to/1UnXI82 WARNING: We do not recommend you try what we do. Only do things the we do in our videos IF you are assisted by a qualified adult under proper safety measures. Always think ahead, and remember that any project you try is at YOUR OWN RISK. Remember our motto "We cut things open so you don't have to." so we do not recommend you try anything we do."

Father-and-son duo Daniel Markham and Lincoln, have become quite popular after launching “What’s Inside?” a popular series which premieres on YouTube.

In a recent episode, the two are on a quest to discover the insides of a rattlesnake’s vigorously rattling tail. Mr. Markham purchased a rattlesnake tail from an eBay seller in Texas for the experiment.

RELATED: Whoever came up with “Snakes on a Plane” completely overlooked reality

The two visited the Phoenix Zoo in Arizona to compare the purchased rattlesnake tail to that of a living rattlesnake. The species is venomous, just like many other serpents slithering across the world.

When returning home to dissect, Markham noted that rattlesnakes can rattle their tail 50 times per second for hours on end. Little Lincoln attempted to do so as fast as the snake but failed.

RELATED: The cobra is one heck of a vicious predator

Using a razor, Markham cut into the snake’s tail. It crackled popped and almost didn’t break open, forcing him to use some muscles to make the experiment work.

Inside was two hollow layers of hardened keratin at the end of the tail which bounce against the other for an alarming sound that warns predators to stay away. 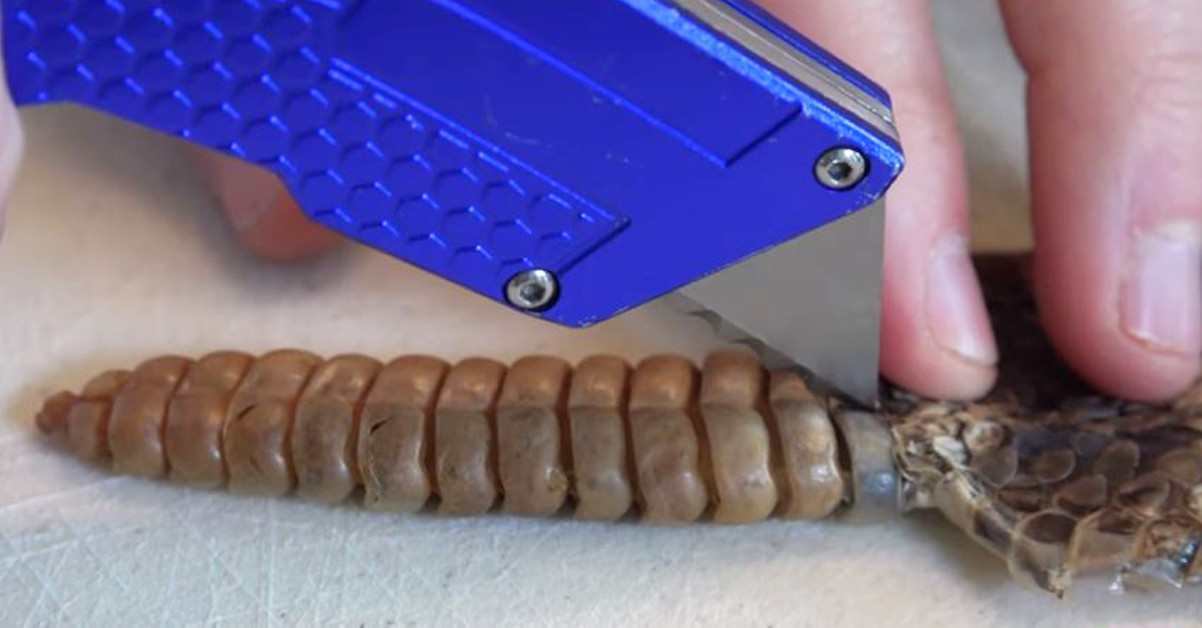