It’s been quite a week for golden retrievers in the news. First, Storm saved a fawn in Long Island.

And now, a golden retriever puppy has been born in Scotland — only there’s nothing “golden” about him.

This dog is green as green can be.

The Sun U.K. reports that the curious puppy was recently born to Rio in the town of Golspie in the Scottish Highlands.

The green puppy, named Forest, is one of nine puppies. The other eight were born with a completely normal fur color

In a rare occurrence — one that’s been documented only three other times — the dog was exposed to biliverdin, a green bile pigment found in the placenta, which caused Forest to turn green.

“The color has faded quite a bit already and will be gone soon, I’m told,” said Louise Sutherland, the dog’s owner, as the condition is known to fade away after a few weeks.

RELATED: This adorable Chihuahua hops on a merry-go-round for exercise 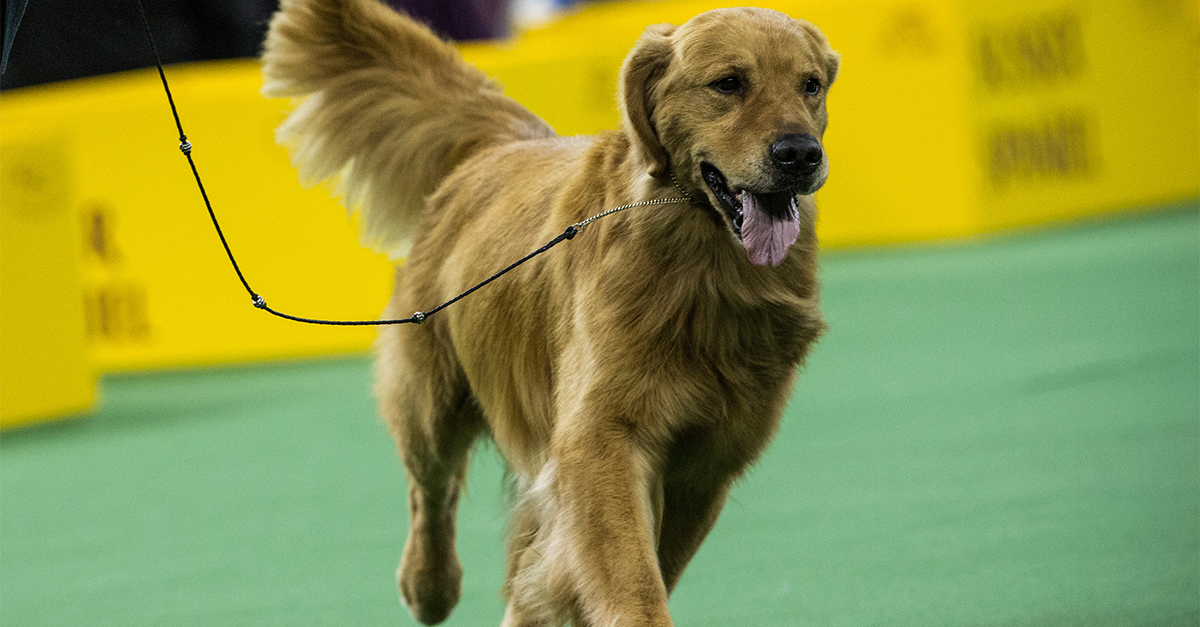