Diesel, a German Shepherd and K-9 with the Dallas Police Department, has done good.

The dog is being credited with chasing down a suspected armed carjacker in Dallas last week.

Last Tuesday night, officers say Diesel helped end a violent crime spree in the southeast part of the city. The dog gave chase with armed carjacking suspect Christon Connor, who had managed to escape after crashing his vehicle into several others.

The alleged carjacker may have eluded the human officers, but not the canine. Diesel tracked him down and bit him on the buttocks. He took a few punches to the face, yet in the end, he nailed the guy.

“The suspect took off perpendicular to us, and when he did, I basically just let go of the leash, and the dog knows what he wants to do, what he’s supposed to do,” said Senior Cpl. Troy Klinglesmith.

Klinglesmith and Diesel have been partners for four years, and he says Diesel is determined to catch the criminals.

RELATED: The shocking size of this police pup in training made one guilty suspect hit the ground

“It’s not a good idea to run,” Klinglesmith said. “If you don’t want to get bit by Dallas police dogs, don’t steal people’s cars and run from the police,” he said. 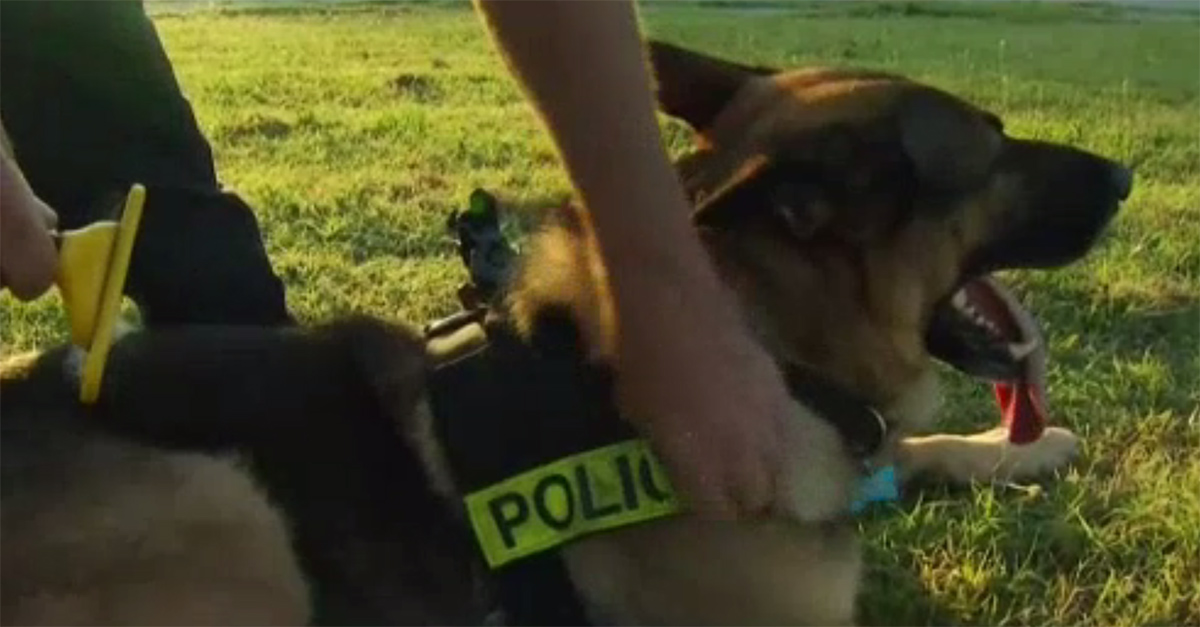