Dozens of cats and dogs arrived to Saint Hubert’s Animal Welfare Center in Madison, N.J. having been rescued from from Tampa, Fla., and Greenville, S.C.

RELATED: Florida zoos and animal sanctuaries are preparing for Irma thanks to lessons from Andrew

The dogs and cats were housed in shelters down south, but caretakers were worried about their fates as Hurricane Irma bore down on Florida. The shelters also needed to make room for new, storm-displaced animals.

When the animals arrived at Saint Hubert’s Animal Welfare Center, there were so many interested, potential families, that there was a wait-list to see an adoption counselor.

“In cases like that I feel more sorry to the animals sometimes than even the people,” Ana Henry said. “Because people know what they’re doing. They know they have to evacuate. Animals are dependent on what the owners do for them.”

RELATED: More than 100 dogs near Houston have been airlifted out of harm’s way

The shelter was also where many evacuated animals from Harvey ended up. Some 100 have been adopted since those Texas animals arrived. 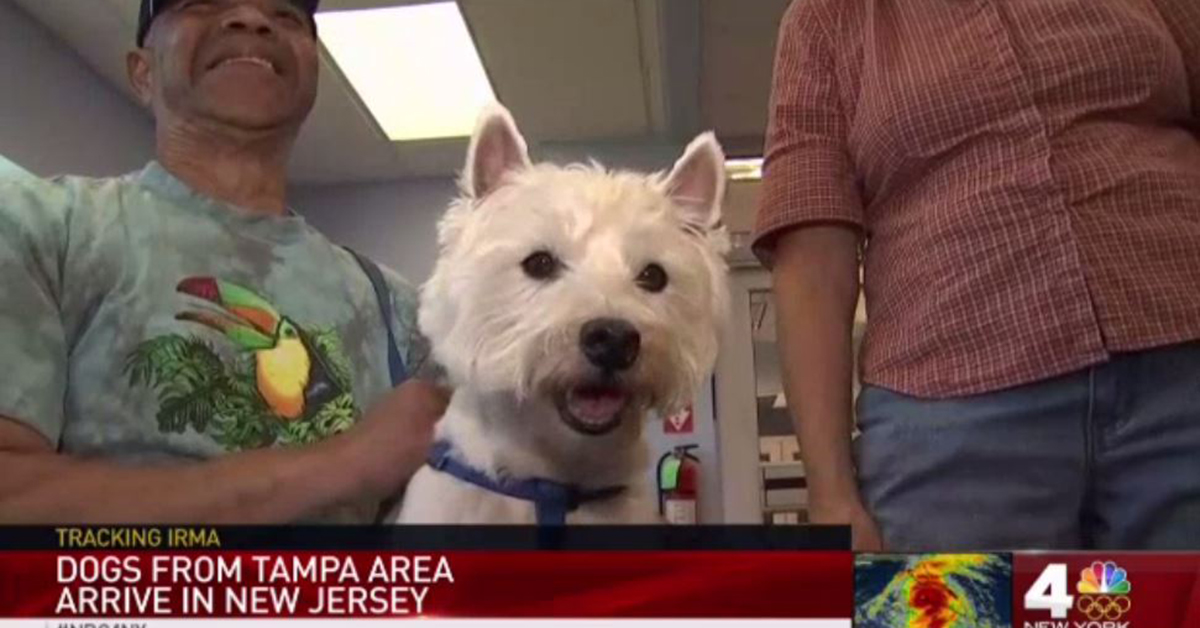