In Perth, Australia, many people are dumping their fish tanks into local rivers with hopes of freeing the fish. Ironically, the unique pets are growing uncontrollably outside of their familiar environment.

Dr. Stephen Beatty said he and his team from Murdoch University have roamed the rivers and found many former pet fish weighing more than a kilogram, or about two pounds. The largest goldfish discovered weighed four pounds.

RELATED: This sweet little boy’s last words to his goldfish will break your heart

Scientists are tracking fish movements and sizes to better understand the invasive species. The BBC reports the fish, which are part of the carp family, are swimming in rivers, traveling more than 142 miles in a year.

The unwanted pet goldfish growing to the size of footballs https://t.co/3HlEauJMGs pic.twitter.com/TjHBIEzmPQ

Many believe that dumped or freed goldfish can harm water quality, disturb habitats and compete with native species. If left to grow and thrive, they can live up to 25 years and be more than 15 inches long, the RSPCA said. 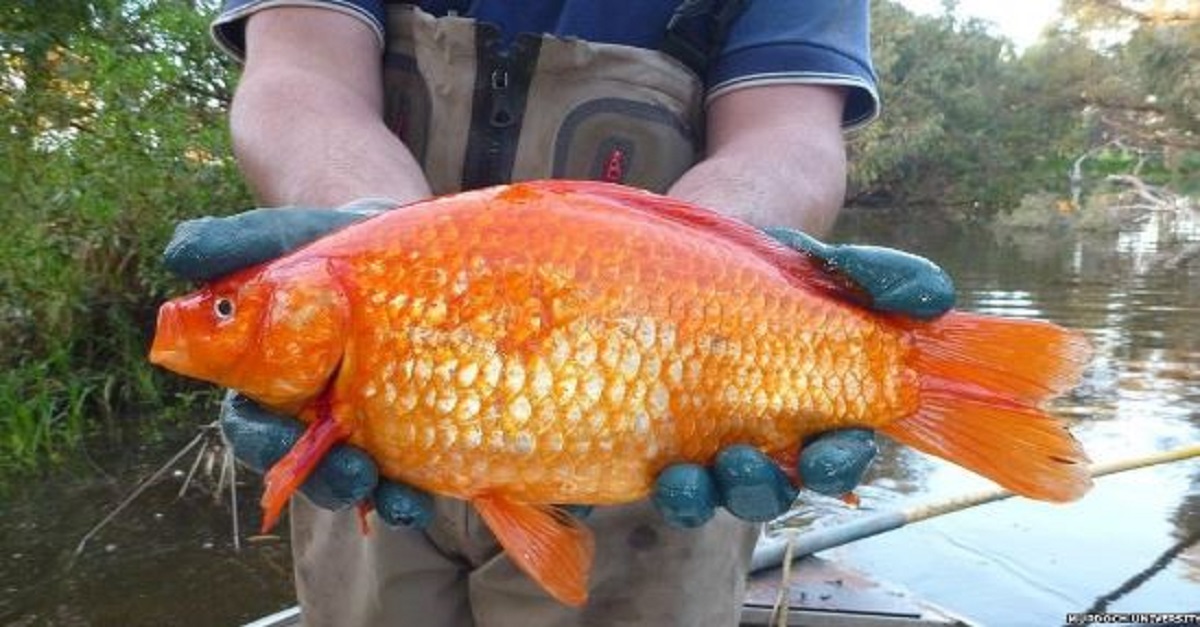