A California teenager was stopped as he was coming back from Mexico early Wednesday when border patrol officers spotted a baby Bengal tiger on the floor of his front seat.

RELATED: Rejected by her mother, a tiger cub finds love with a new family thousands of miles away

Nabbed at the Otay Mesa border crossing, Luis Eudoro Valencia, 18, was charged with smuggling the animal, whom he said he bought on the streets in Tijuana from someone for the equivalent of about $300.

Valencia’s cub was then taken by the U.S. Fish & Wildlife service.

Importing animals such as a tiger cub requires a permit, which Valencia obviously did not have on him.

“The officers at the Otay Mesa port of entry met the challenge head on and assisted in preserving the life of this endangered species,” said Pete Flores, director of field operations for Customs and Border Protection in San Diego.

The cub is now in the protection of the San Diego Zoo Safari Park. 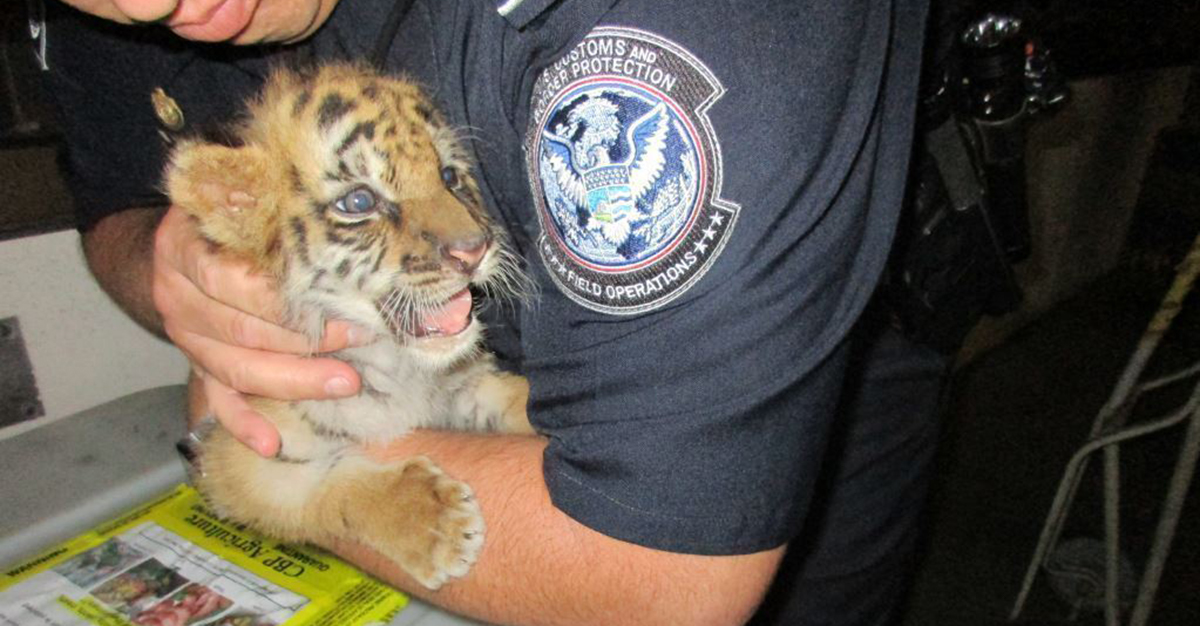