Menu
Follow us
Search
Menu
Search
"Bald Eagle Swims to Shore This majestic bald eagle caught a coot that was swimming in the middle of the lake. He tried to fly off with his meal, but was unable to do so. So he slowly swam back to shore while clutching his catch with his talons and feasted once he got on land. Unfortunately, an immature eagle swooped in during his meal and stole his catch. In the end, there was nothing he could do but stand around awkwardly and reflect on the events that had just occurred."

This bald eagle is taking predation to an entirely new level.

It swam to shore, not because its wings weren’t working, but instead, to keep its catch hidden under water and away from other predators.

RELATED: A big bird was enjoying an afternoon bath until something made her run out of the water

When it finally reached the sandy beach, the eagle began to dine.

However, seconds later, another eagle comes along to steal its hard-earned meal. 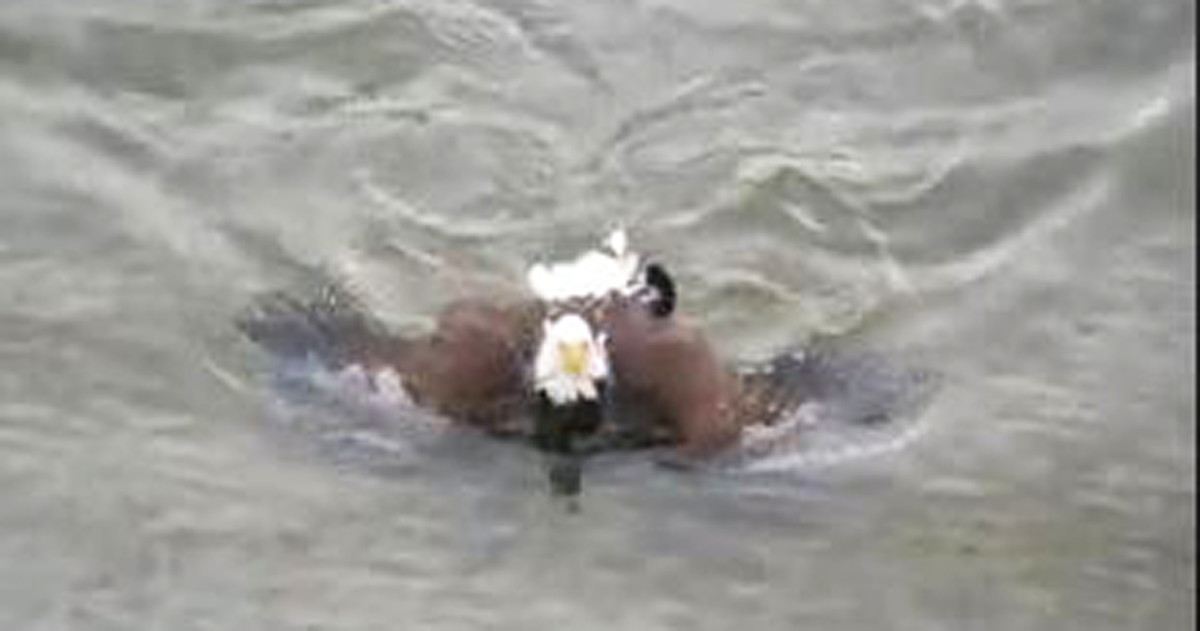