Kelly the elephant made a break for it when she ran away from the circus, but she wasn’t alone in this endeavor.

RELATED: A big-name hunter was crushed to death by one of the animals he was pursuing

The elephant escaped from Circus World in Baraboo, Wis., last Friday morning thanks to the help of her scheming partner, Isla the elephant.

Isla likes to pick locks, apparently, and was able to free Kelly so that she could eat an early breakfast of plants in a nearby resident’s backyard.

“In this particular case, Kelly was just out enjoying the fresh bounty of the day,” Baraboo Police Chief Mark Schauf told CNN.

Soon enough, trainers were called in to lead the elephant back to the circus, which just so happens to be located in the hometown of the original Ringling circus.

Several brothers in the Ringling family started their iconic circus in Baraboo in 1884.

RELATED: Two ticked off ostriches kickboxing in the wild took off running when an elephant put on its zebra stripes and refereed

However, as circus director Scott O’Donnell points out, “it was a lot more common back then to see a few elephants strolling down the street.” 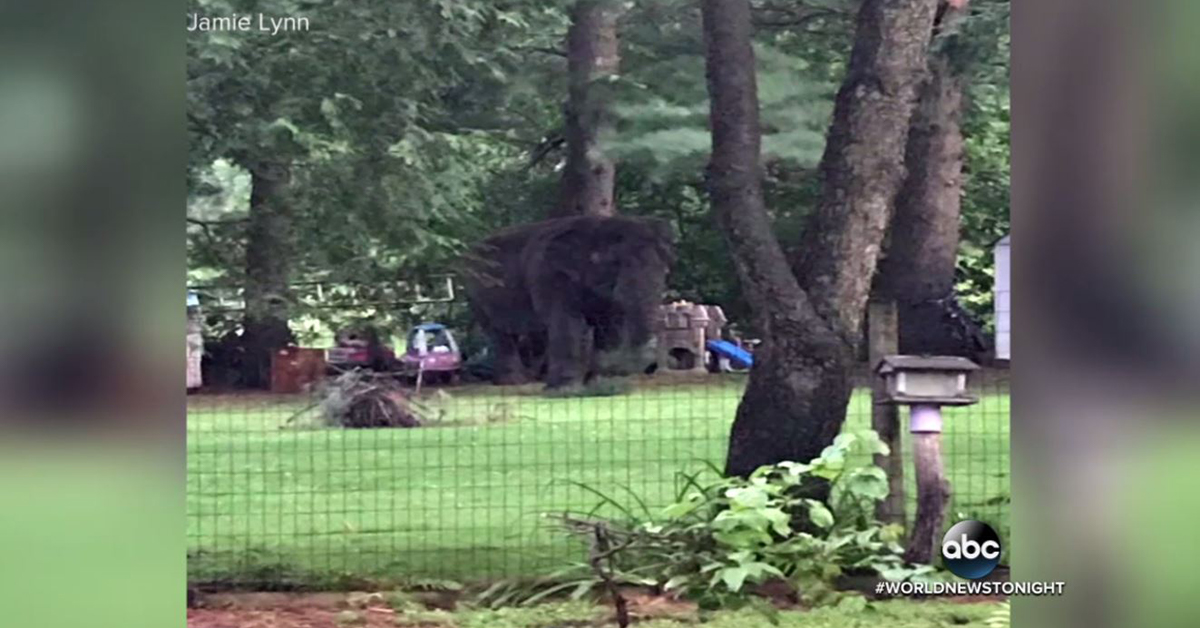